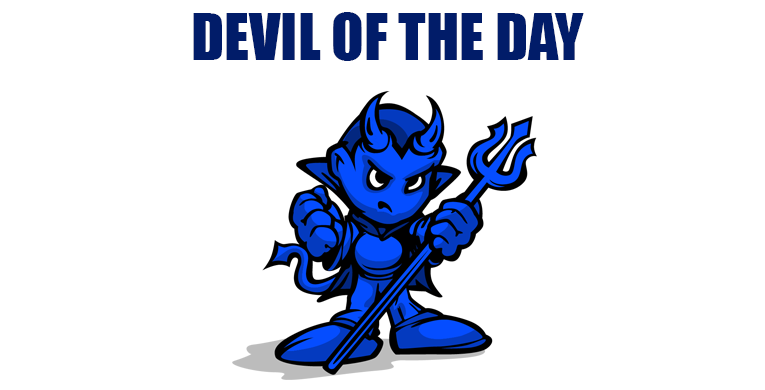 Devil Of The Day – Amile Jefferson

Coming off an upsetting last second loss against Kansas, Duke finally got back into the win column against Penn St today with a 78-68 final. Duke had a strong first half and was shaky in the second half.  With that being said here is today’s DOTD .. Amile Jefferson.

Duke Captain Amile Jefferson had his best game of the season on Saturday afternoon, he scored 16 points and had a career-high 16 rebounds. Jefferson continued to grab rebounds on both sides of the court, he was finishing off the rebounds and overall had a great game.

Frank Jackson had another great game off the bench. He scored 17 points and continued his amazing freshman season.

Duke plays the winner of Cincinnati/Rhode Island in the Naismith Memorial Hall of Fame championship game.

Let it Play Out – Drafted vs Undrafted