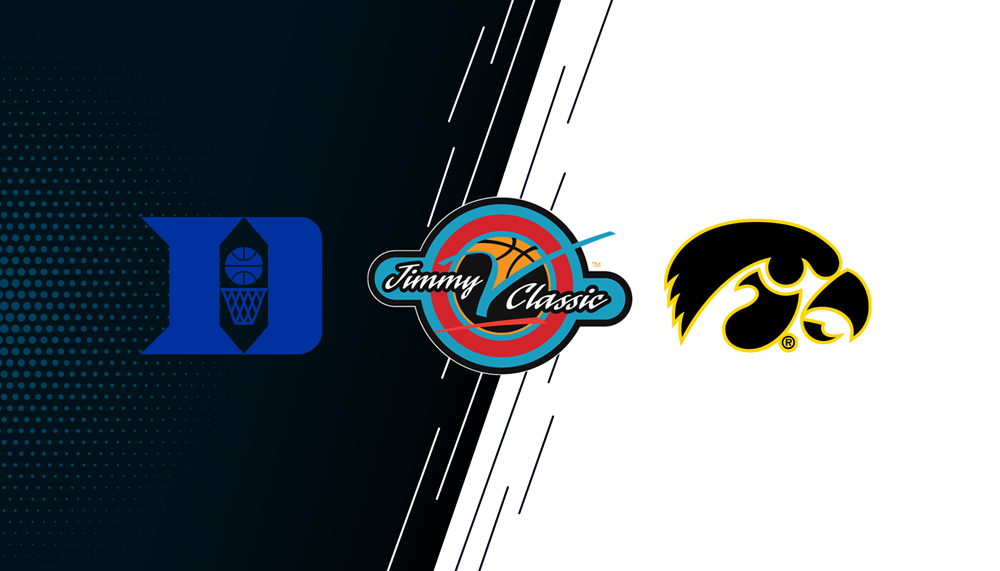 By Brian HoraceDecember 7, 2022No Comments

One good thing about focusing on your defense in the pre-season, provided your team buys in, it gives you an edge going into the season. This Duke team played with that edge against the Hawkeyes of Iowa in MSG. Iowa came in with the 8th ranked offense in terms of scoring at 86.4 points per game. The Blue Devils held the Hawkeyes to 62. Some of the wounds to Iowa were self inflicted they missed a ton of shots at the rim annd a ton of open 3’s but Duke was stout for most of the game, playing a physical brand of defense.

The first five minutes was highlighted by Jeremy Roach and freshman Tyrese Proctor, who scored five points and four points respectively to help give Duke an 11-5 lead at the first media timeout. The Hawkeyes battled back to tie it at 11 but 2 shots from beyond the 3-point line by Dariq Whitehead and Jacob Grandison gave Duke a 6 point lead once again. Duke would open that lead to 12 by making 6 consecutive shots, but floundered in the final minute of the first half only managing a 6 point lead heading into the break.

The second half saw the Blue Devils push the lead to 18 points at the 7:49 mark on a Whitehead jumpshot. The Hawkeyes would get no closer than 8 as Duke controlled the pace and the game on their way to a 12 point victory.

The book on Duke coming onto this game was to zone them and watch them struggle from the 3 point line but the Blue Devils responded with a respectable 35% from beyond the arc for the game. Jeremy Roach tied his career high with 22 points on 8-18 shooting and 3 of 6 from beyond the arc. Mark Michell had a standout game scoring 17 point on 6-8 shooting, Mitchell was aggressive driving to the basket not settling for outside shots. Freshman Kyle Filipowski extended his streak of scoring double figures in every game this season with a three-pointer just under three minutes into the second half. The 7’0 forward recorded his sixth double-double with 12 points and 10 rebounds in 25 minutes, he leads all freshmen nationally with his six double-doubles. Ryan Young pulled down a game-high 11 rebounds – his second double-digit rebound game this season (career-high 15 vs. Oregon State) and the fifth of his career. Young also recorded 3 blocked shots.

Defensively the Blue Devils held the Hawkeyes to 39.7% shooting and 18.8% from beyond the arc.

The Blue Devils controlled the game for the majority of it but there were also a lot of shots that the Hawkeyes should have made and normally would have made. It’s up for debate as to whether Duke’s defense had a lot to do with that. At times Iowa looked sped up, other times they appeared tentative (the Blue Devils did block 7 shots). Regardless of all that Duke won the game and still has room to grow on both ends of the floor – especially when it comes to ending halves. Duke struggled ending the first half, giving up a mini-run and didn’t execute at times in the waning minutes of the game as well. It should and will be a point of emphasis for the coaching staff going forward.

“Great for us. What an honor to be back in the Garden. This has been a special place for us to play over the years, and we’re going to try and come back here like we’ve done in our program’s history. This is a special spot to play in the Jimmy V Classic, year one, that means a lot to us. I’ve been fortunate, being along Coach K a long time, to know the important of the Jimmy V Foundation and the amazing work they’ve done. So, for us, it’s an honor. We’ve been through a really tough stretch the last couple of weeks, and I’m proud of our guys, just for how they’ve pushed through and beat a really good Iowa team. [Mark Mitchell] and [Jeremy Roach] to my right and left, big time tonight. Mark’s defense on [Kris] Murray, the way he drove the ball, rebounded, it was a big-time game. And Jeremy was really in control of our team from beginning to end. Scoring, playmaking, leading. Actually, we were just talking about Jeremy and getting after Mark to attack the basket, and he did. So, I know you’re going to ask these guys any questions, I’m happy to answer any questions afterwards. But proud of the game, proud of the team and a lot of respect for Iowa and who they are and what they’re capable of doing.”

On defense being the backbone of this team:

“It’s exciting. Because for this young of a group, and a young team in terms of having that experience playing together, that’s what it comes down to in March. You need to get stops. I think our offense will continue to develop through the course of the season. We’ve had not much practice time so there’s some possessions where giving away the ball, whether it be a tough shot we take or turnovers tonight were pretty good, but that’s something that I’m really looking forward to – the practice time, building our offense. But our defense is the base of who we are. To me, when I found out that I was going to be the head coach at Duke, the two things I always connect to Duke Basketball is playing defense and sharing the ball. And we’ll continue to emphasize that. But just proud of our effort. Proud of the buy-in our guys have had, and I think we still have a lot of room to grow.”

On what it was like walking into Madison Square Garden as Duke’s head coach:

“Yeah, the Garden is special. It’s a special place and one of my guys told me earlier that between playing and coaching here at Duke, I’ve been here 24 times. I actually couldn’t believe that. We’ve been here a lot through the years, but it’s a different experience walking out and just the buzz and environment – we’ve never had an environment here that’s not as good as it gets for college basketball. The Garden is a special place, and I think it’s a privilege to play here and you want to give it everything you have and I thought we did that tonight.”

On his defensive approach against Kris Murray:

“I mean, I think we just had a gameplan to come in and try to stop him. We knew he’s a talented player, I tried to keep him off the glass as much as we could, I knew he averages a lot of offensive rebounds. We just tried to defend him as a team, not let him get any easy looks and just pressure him all night and make it hard for him.”

On when he realized he was locked in tonight:

“I probably knew when I was in rhythm when I hit my first three. I mean, when you see your first couple of shots go in, you know you’re kind of in a rhythm. Had the floater to begin the game and then the three, so I kind of knew I was going. But I didn’t want to be ultra-aggressive, still wanted to get my teammates involved, stuff like that. And then be smart on the offensive end, just lead like I’ve been saying.”

On how much better the freshmen and team can get as the season progresses:

“They’ve came in every day to work. They’re a sponge, they want to learn as much as they can. They don’t have any egos, nobody is mad about anything, so that’s really the biggest thing about the freshmen. And then just them on the court growing, I mean, it’s early for them. The freshmen, they go through stuff. They’ve got to go through trials and tribulations, but I feel like they’re right on. Like Coach says, he wants us to transform, and I think they’re doing just that. As you see, we have so many different talented guys who can step up, I mean obviously Flip (Kyle Filipowski), Mark (Mitchell) tonight, Dereck (Lively II), Dariq (Whitehad) had a good game tonight, so I mean it’s just multiple guys who can come in as a freshmen and give us a good boost.