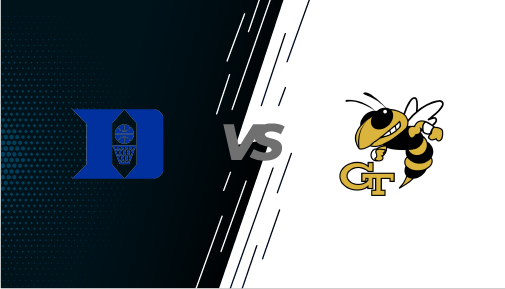 By Brian HoraceJanuary 5, 2022No Comments

There was no question, coming into Tuesday night, the Blue Devils wouldn’t be at their best. Having had one day of practice,  the prevailing sentiment was that the game against the Yellow Jackets would be a sloppy affair. That sentiment became reality with the Blue Devils struggling on offense but still able to get a win at home against Josh Pastner’s Yellow Jackets 69-57.

The second half saw the Blue Devils extend their lead to 15 points but a 14-7 run by the Yellow Jackets, 12 of which were scored by Michael Devoe, cut the Duke lead eventually down to 6. Duke would answer strongly with an AJ Griffin dunk off of a Wendell Moore baseline drive and a Trevor Keels 3-pointer assisted by AJ Griffin to put Duke back up double digits.

Duke’s tired legs and lack of practice showed up in their free throw misses in the second half, a half that saw Duke shoot 12-21 (57%). Duke was able to ride their defensive pressure and an advantage on the boards to a victory, out-rebounding Georgia Tech 48-35 which netted Duke a 17-8 advantage in second chance points.

Mark Williams notched had a double-double – his second this season and fourth of his career – with 10
points and a game-high 14 rebounds. He also blocked three shots. Freshman Paolo Banchero scored a team-high 17 points, including 11 rebounds, four assists, a career-high three blocks and two steals. Freshman AJ Griffin was Duke’s fourth player in double figures with 12 points on 3-of-5 shooting from the field and 5-of-8 from the free-throw line. He also matched a career-high with six rebounds.