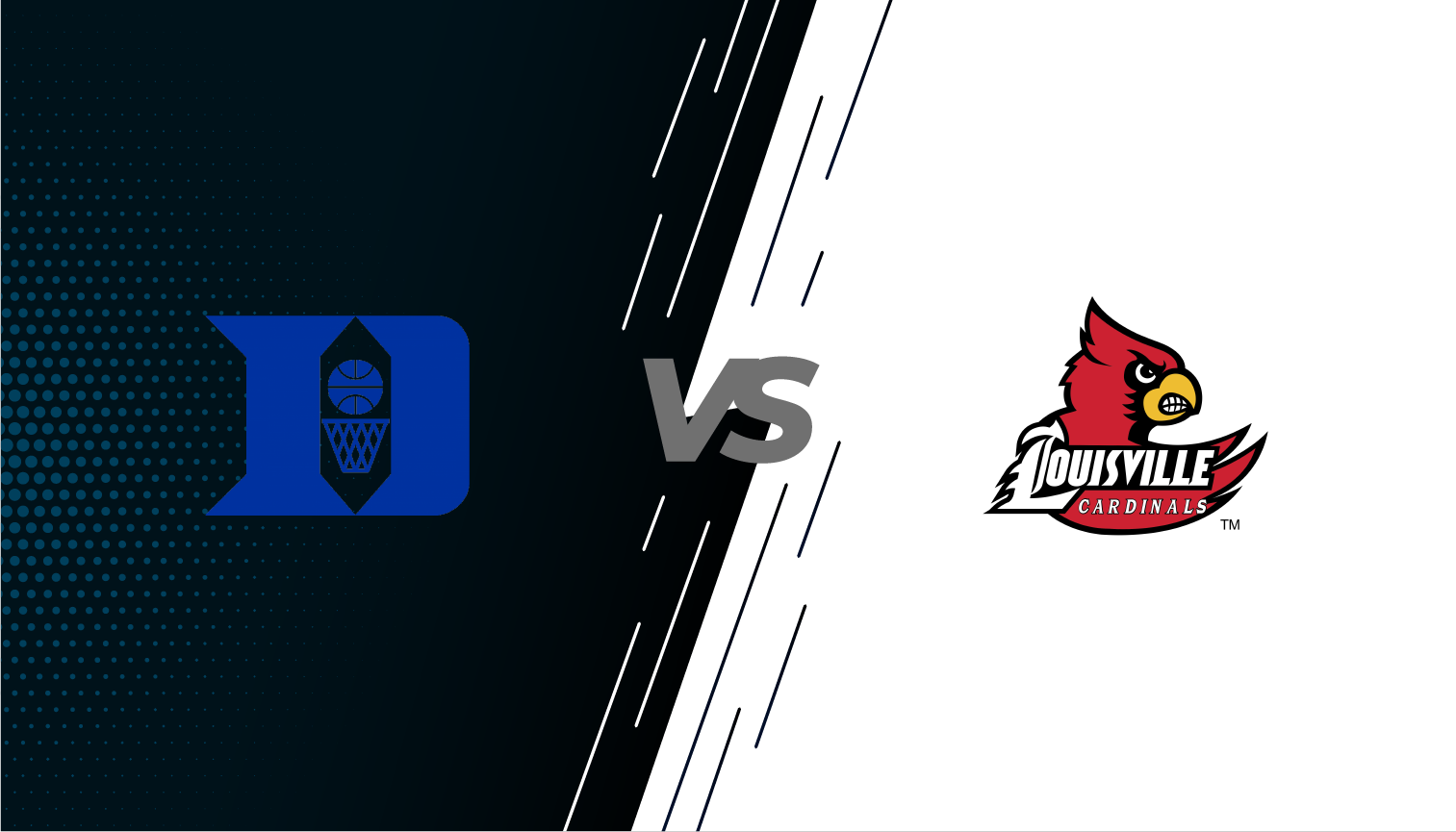 By Brian HoraceJanuary 29, 2022No Comments

Heading into a packed YUM! Center, the game versus Louisville could go one of two ways: The Blue Devils could blow the doors off of a disjointed team or, what we all knew was the more likely scenario, Louisville would show out for their interim Coach Mike Pegues like they did earlier in the year when he took them to a 5-1 record. Early it looked like Duke would end up putting the Cards away early, building a 16 point lead in the first half with 10:16 left in the period. Mark Williams despite a fast start of 8 points was saddled with foul trouble for 10 minutes of the first half leading Coach K to shuffle his lineup. Theo John would step up and provide the Blue Devils with 6 points and 4 rebounds in Williams stead. But Cardinals got physical, got angry and got the game down to just a 2 point Duke advantage with 28 ticks left on the clock from a 3 pointer by El Ellis. The Blue Devils would increase that lead to 5 on a 3 pointer by freshman Adrian Griffin with under a second left on the game clock. Griffin paced the Blue Devils in the first half going 5-7 from the field and going 2-2 from beyond the arc for 12 points.

The second half saw the game continue to be physically played with both teams being warned to keep it all copacetic. It was a rock fight with the Cardinals answering each Duke mini run with one of their own, both teams punching and counter punching. The 8:28 mark saw the game played to a draw at 60 on a setback 3 pointer by El Ellis that came off of a Duke turnover. Duke spent the stop of the second half struggling defensively, especially in transition, but was bailed out time and time again by good offense.

With Duke holding onto just a one point lead a block my Mark Williams seemed to spark them. A made free throw by Jeremy Roach, a blocked dunk attempt by Paolo Banchero, a 3 pointer by Adrian Griffin and all of a sudden Duke was on a run. A 12 to nothing featuring 2 Adrian Griffin 3-pointers and a turnaround jump-shot from Bachero put the game out of reach. The Blue Devils would win going away 74-65. When asked about hitting consecutive 3’s during the run AJ Griffin answered, “With the sequence right there, it was really not even thinking about it – just letting it fly and having the confidence from my coaches and teammates. Letting it fly and not even thinking about it, just playing basketball.”

The story of the game could easily have been another blown lead and a road loss but the Blue Devils were able to find another gear both offensively from Griffin and Banchero, and defensively from Mark Williams and Paolo Banchero, both having strong blocks to spark Duke’s offensive explosion in the waning minutes.

The Blue Devils were paced by freshman AJ Griffin who scored a game high 22 points off of 8-13 shooting. Griffin hit on all 5 of his 3 point attempts and pulled down 4 rebounds. Duke’s staring front court notched a pair of double-doubles with sophomore Mark Williams, despite foul trouble, scoring 14 points and grabbing 11 rebounds. Banchero scored 11 points, including a huge bucket during Duke’s end run. The freshman also pulled down 15 rebounds and dished 3 assists.

The Blue Devils need to win on the road and they did, while showing a level of toughness late in that second half against a team with nothing to lose and a raucous crowd. This is a win they can build on but also learn from. Plenty of teaching points here.