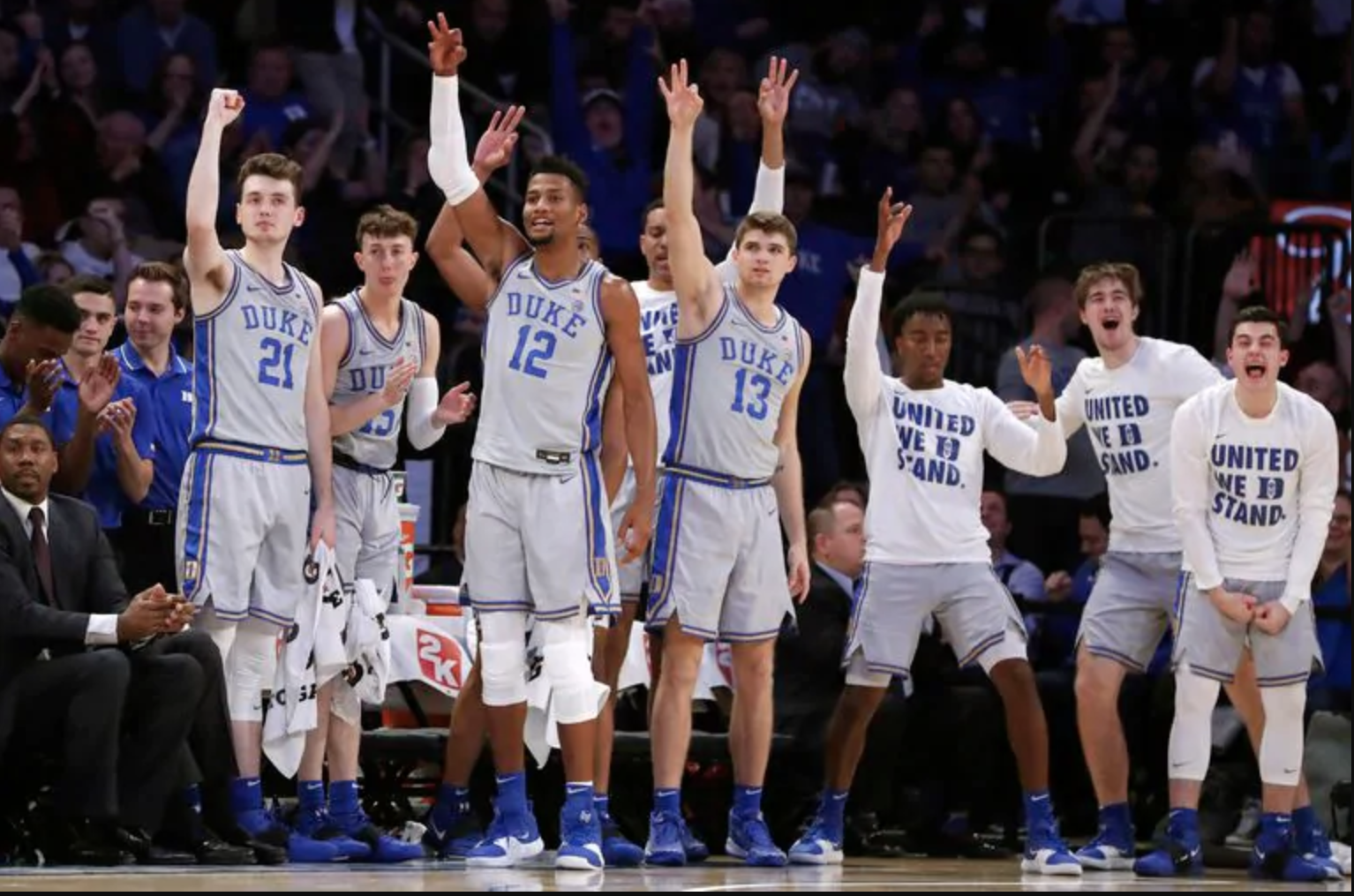 By Brian HoraceNovember 22, 2019No Comments

“We have a quick turnaround. It will be a hell of a game tomorrow night. Some of the best games in college basketball have been Duke-Georgetown games. I respect the heck out of what John (Thompson) built there and now what Patrick (Ewing) is doing. We’re excited about having that opportunity after a good performance against Cal.”

“We’re starting different people. It’s not a popularity contest, or whose mother writes or calls more. And he played well. He guarded (Matt) Bradley. That was one of the reasons we started him. We told him this kid is their leading scorer – don’t worry about your offense – throw yourself into defense and the offense will come. He can be a heck of a defender and player for us. All these kids, we’re still building. We’re a long way from what we hope we can be.”

“It has to be one of our calling cards: defense. We spent the whole fall on defense. Because we had depth. When you have Tre (Jones) and Wendell (Moore) and Cassius (Stanley) out there, you have three gifted defenders. Matt (Hurt) did a really good job today because (Grant) Anticevich was hot coming in – he got one open three – and Jack (White) and Matt covered the floor well. And with Vernon (Carey) and Javin (DeLaurier), we have some depth there defensively. It’s different offensively when Vernon is out, but defensively, sometimes it even gets picked up with Jack and Javin out there. “ “We would like to run off of our defense. When you make a team work hard against it, and they don’t score – it’s not just on a turnover – when they don’t score, and you push, you got a chance to get a good matchup. Tre does a good job of that. He’s got to come back and get it all the time though. But we would like to play faster.”

“They like them. They’re friends. For those guys to be happy – you can see it, they’re ecstatic – to be with their family again. It’s good. It reinforced what we believe we have. It’s cool. The Kings play tomorrow against the Nets. Opportunistic And for RJ to have a night off. That’s a cool thing too.” On the Duke-Georgetown rivalry

“Georgetown was not very good until John (Thompson) got there. And then John built a culture, and then probably should have two national championships – at least. During the 1980’s and early 90’s it was lights out how good they were. To have Patrick (Ewing) back. Patrick and I are really close friends. I love him. I think he’s done a great job. You have two storied programs really (in Duke and Georgetown) and schools, playing the in the championship – that’s a really cool thing.”

On what was working tonight:

“Staying aggressive really on both ends … not just one end. My team got me going from the beginning. They gave me energy from the get-go.”

On working against Cal’s defense:

“For the zone aspect, we struggled in the beginning with it. Coach told us to get the ball in the middle and it would open everything up.”

On how his game has evolved since the contest versus Kansas:

“I’m being more aggressive and not worrying about a play I mess up on. I go to the next play and keep on working.”

On playing as the No. 1 team in the country:

“We’re just looking forward to tomorrow’s game and get back out here in Madison Square Garden.”

On Vernon Carey Jr. being vocal on the court:

“He talks when he needs to. He’s in the game so much and I don’t think people give him credit … his basketball IQ is through the roof. He is so skilled and intelligent on the court, and it’s coming out right now.”

On the three-point shooting:

“It will click. I don’t think we’re doing it that well, but we’re shooting it confidently, honestly. That’s all we can do.”

On changing first game struggles in the Garden:

“I forgot but at the same time, I used it as redemption. Coming back to the Garden, I wanted to show that I can do a little bit. Coming out here, it felt great being back.”

On the nerves tonight versus the Kansas game:

“I’m just ready to get going. I’m very energized. Once I got out there, i knew it was going to be a good day.”

On the keys to the defense:

“Effort and energy. The biggest thing first is communication. when we’re all talking, we’re all connected. It’s hard to beat a team like that.”

“He was dominant. everything he did was great. he gave use great energy.”

• This season marks Duke’s fourth appearance in the 2K Empire Classic Benefitting the Wounded Warrior Project, and the Blue Devils are now 11-2 in the event.

• Under Coach K, Duke improved to 99-18 when playing in-season tournaments with 19 titles.

• Tonight’s game was the fourth all-time meeting between Duke and Cal, and the series is now tied 2-2.

• Cal shot .365 from the field for the game, marking the 17th consecutive opponent to shoot less than 50 percent against the Blue Devils.

• Freshman Vernon Carey Jr., scored 31 points with 12 rebounds and four blocked shots, playing just 23 minutes in the game — marking the fewest minutes played by a Duke player when scoring 30 points. The previous Duke record was held by Shane Battier, who scored 31 points in 24 minutes against Davidson on 12/21/99.

• Carey posted his third consecutive double-double with a career high for points (31), two shy of his rebounds career high and a career-high four blocks.

• With 11 points, freshman Cassius Stanley was in double figures for the fourth time in five games this season.