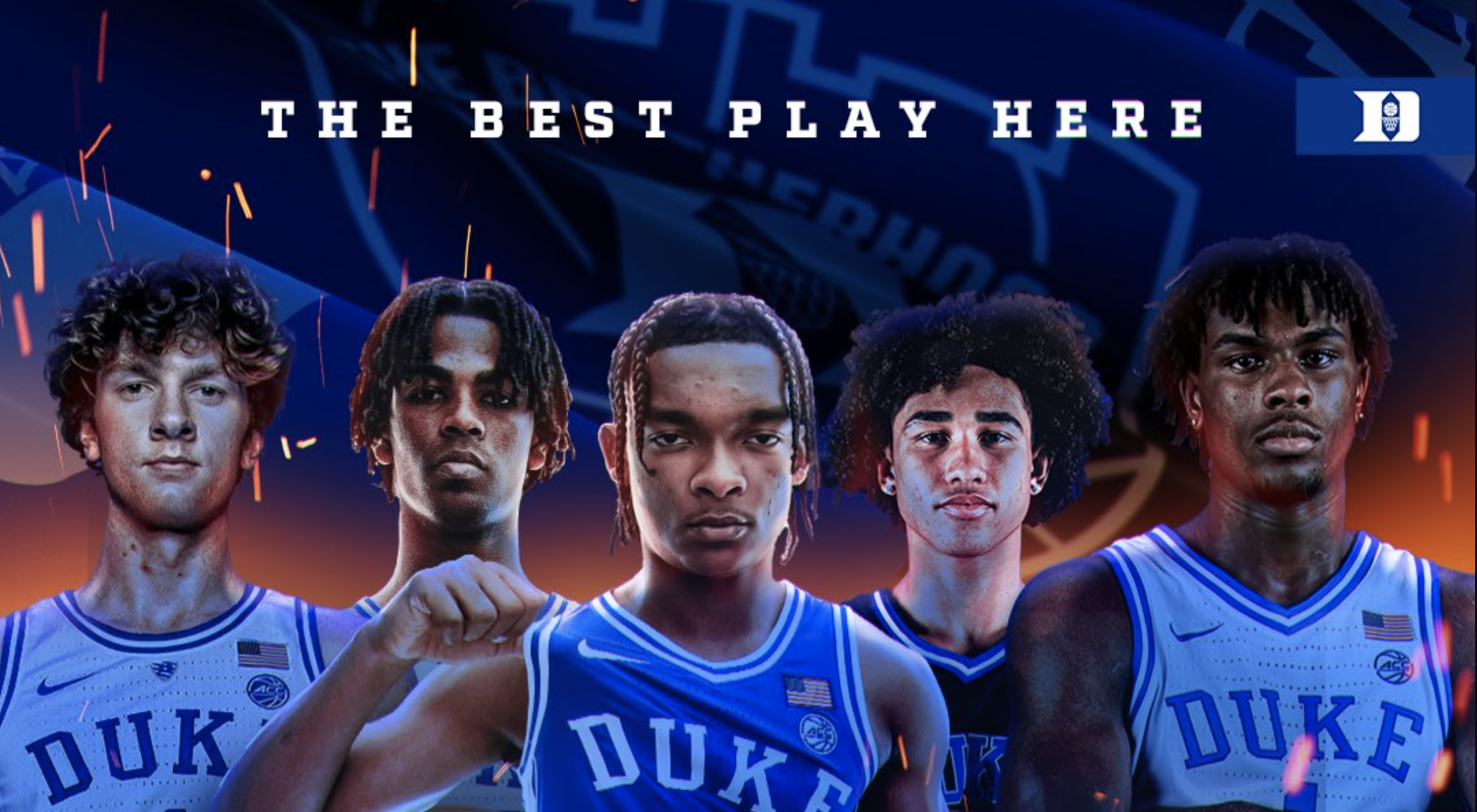 By Brian HoraceNovember 17, 2022No Comments

Duke head men’s basketball coach Jon Scheyer announced the signing of five players to the class of 2023 during the NCAA’s early signing period. The second class fully recruited and signed by Duke’s first-year coach is currently ranked No. 2 overall by both ESPN and 247Sports.

It would mark Scheyer’s second consecutive top-two class after inking the nation’s No. 1 class in 2022 for his first season as the Blue Devils’ head coach. In each of the 10 seasons that Scheyer has been a part of Duke’s staff, the program has signed a top-three class.

“We’re so excited about this 2023 class,” said Scheyer. “We feel there’s incredible versatility in this class, but more importantly they are guys with great character. Each are hard workers that bring special attributes not just on the court, but who they are as people. They’re about winning, and with their size, skill, and athleticism, we’re excited about the possibilities of what we can do with them. Our staff has done a terrific job and I’m thankful to each of them, and the five guys we have signed, for believing in the vision of our program.”

Each of the five is ranked in 247Sports’ top 25, with four in the top 20, led by the No. 5 overall player in forward Mackenzie Mgbako (pronounced “em-BAH-ko”). Three of the signees are ranked as the overall No. 1 player in their respective state – Sean Stewart (Florida), Caleb Foster (California) and TJ Power (Massachusetts).

Each of the members of this class are entering their senior years of high school and are set to enroll at Duke next season.

Caleb Foster – G – 6-5 – Notre Dame HS (Calif.) — Charlotte, N.C.
“Caleb was our first commit in this class and we’re excited to welcome him and his family to Duke,” said Scheyer. “A true point guard that really knows how to play, Caleb is a dual threat that can score in the paint, shoot and create for others. He’s got a toughness to his game. He can defend the ball and is well coached and battle-tested playing at Oak Hill for several years and now at Notre Dame High School.”

Mackenzie Mgbako – G/F – 6-8 — 210 – Roselle Catholic – Gladstone, N.J.
“Mackenzie is a big-time addition to the Brotherhood,” said Scheyer. “He’s shown he’s one of the best players in the country with his size and ability to score at every level – shooting the three, creating off the bounce and in the post. I could tell early that he had a special feel for the game, an ability to score and rebound and make his teammates better. We felt from the first time we met him and his family that they belonged at Duke, and we’re excited to get started.”

Sean Stewart – F – 6-8 – 230 — Montverde Academy (Fla.) – Windermere, Fla.
“Watching Sean play, he’s as good of an athlete as there is in the country,” said Scheyer. “He plays hard, can protect the rim, and plays above the basket on offense. The thing we love is that he keeps getting better and better. He’s made an incredible progression since the first time we saw him, and we know that will continue. He can play multiple positions, defend anybody on the court and has great bloodlines with his dad, Mike, who played in the NBA.”

Jared McCain – G – 6-2 – 195 – Centennial HS – Corona, Calif.
“Jared’s a winner,” said Scheyer.” He’s won everywhere he’s been, whether it’s at Corona Centennial, in the EYBL and with USA Basketball. He’s a great guard and one of the best shooters in the country. He’s underrated as a passer and a playmaker, but we love his versatility. He can play both ends of the floor and he’s easy to play with. He’ll bring a winning mindset to Duke and can’t wait to coach him every day.”

TJ Power – G/F – 6-8 — 210 – Worchester Academy – Shrewsbury, Mass.
“TJ is one of the premier shooters in the country and he showed that on the EYBL circuit,” said Scheyer. “The thing that we loved though, is that he’s a heck of a competitor and plays with a spirit and motor that’s infectious. He’s also a great passer that makes his teammates better. He and his family believed in our vision for him and he’ll be a great addition with his versatility and winning attitude.”