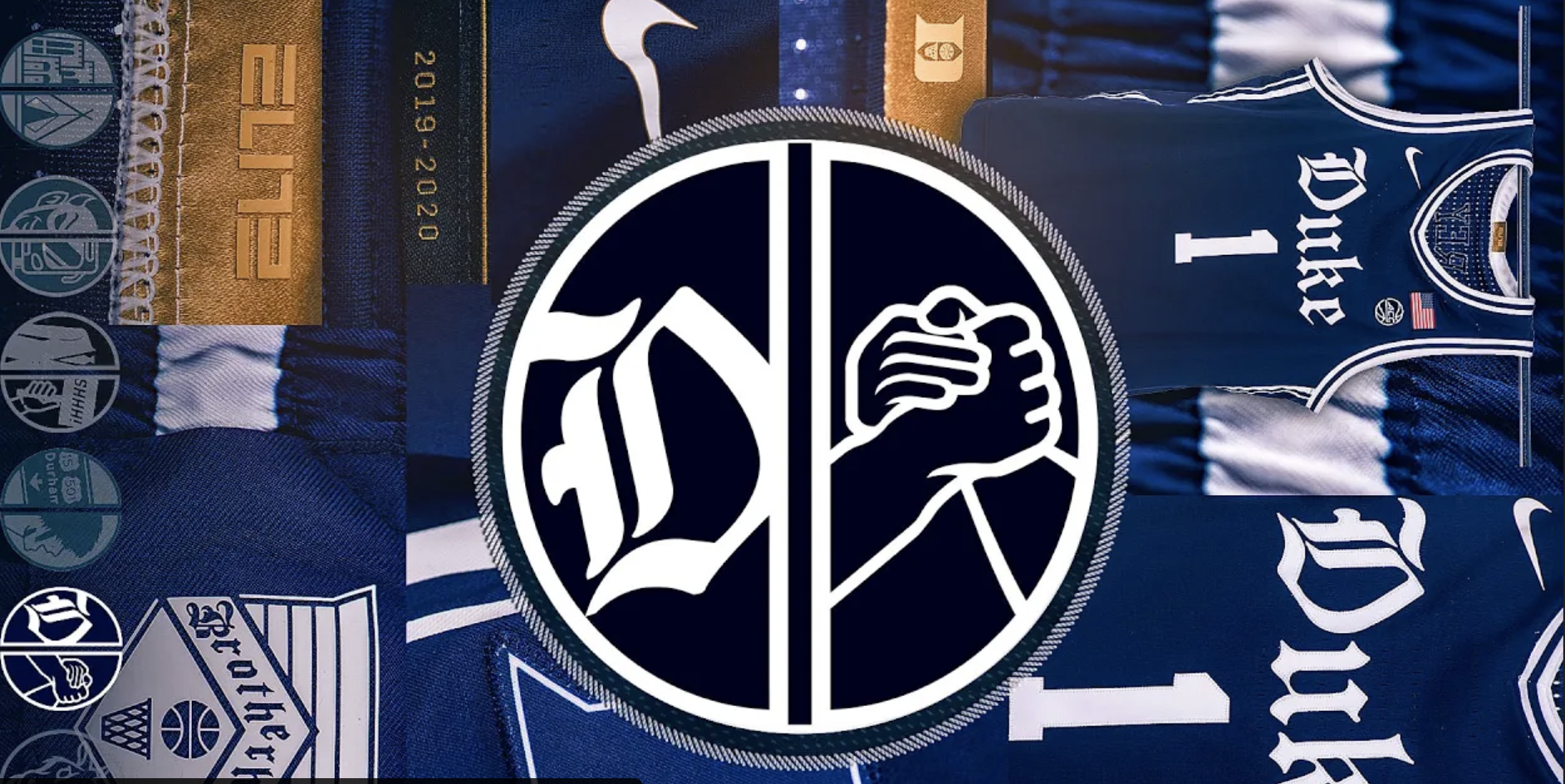 By Brian HoraceJanuary 11, 2020No Comments

DURHAM, N.C. – The Duke men’s basketball team, which has unveiled updated versions of its classic white, royal and black Nike uniforms already this season, will debut another special uniform for tonight’s home game versus Wake Forest.f

The Brotherhood jersey is predominantly navy blue in color and trimmed in white, with “DUKE” in gothic font on the front and “Brotherhood” branding on the shorts. The jersey serves as not only a nod to Duke University’s history and tradition with the gothic lettering and darker shade of blue, but is meant to embrace the Blue Devils’ basketball culture that has been sustained over head coach Mike Krzyzewski‘s remarkable four decades at Duke.

“Nike has done an amazing job in creativity with our staff to come up with a number of different uniforms that have meaning,” said Krzyzewski. “Not just a meaning in playing for Duke, or how they look, but actual meaning. The uniform for this game, representing the Brotherhood, has amazing meaning. Starting with the guys from the ’80’s and ’90’s really, they’ve bonded. It’s about them. We’ve tried to do things to make sure that that bond is a great one, and one of them is to showcase this uniform.”

The jersey was unveiled to the team for the first time Friday evening and first shown exclusively on the Blue Devils’ basketball social media accounts (@DukeMBB) Saturday afternoon. It will be worn tonight versus Wake Forest (8 p.m. ET on ACC Network), and for select future games.

Duke’s Nike jersey rotation now includes its white, royal and black jersey, a special Coach K-inspired gray jersey that is trimmed in gold as a tribute to Coach K’s success as the U.S. National Team coach, and now the navy Brotherhood jersey.