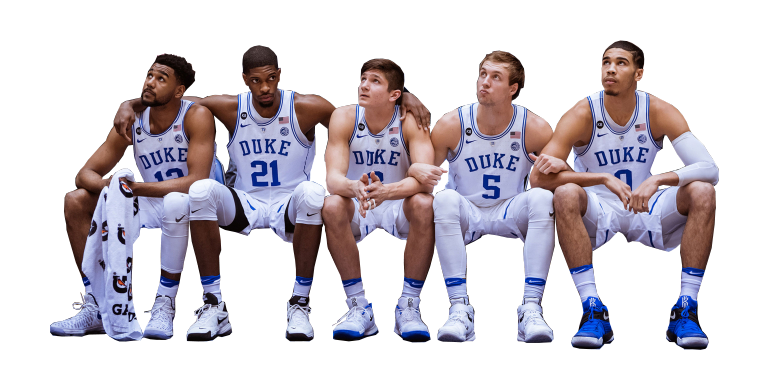 Duke in Depth: Duke vs. UNC

Saturday night featured yet another Duke-Carolina classic, only this time it ended the wrong way. Carolina took control of the game late behind a stellar performance from Joel Berry, eventually resulting in a 90-83 win for the Tar Heels. The always-competitive contest delivered once again and brought many storylines with it, including the following:

Duke Has Found its PG

It’s safe to say that Duke has finally found its starting point guard in freshman Frank Jackson. Frank played another fantastic game of basketball in a hostile Dean Dome environment by scoring 15 points and taking only nine shots while also adding an impressive six rebounds. Frank really separates himself from Allen with his ability to run in transition and finish at the rim or draw contact. While this used to be Grayson’s specialty, it now seems like Allen tries to avoid contact at all costs while Frank goes straight to the basket. Jackson has stepped up at the right time for the Blue Devils scoring 53 points in his last three games, but what you can’t find on the stat sheet is the energy he brings to this Duke team. This is a major development that is great news for Duke fans and their chances in March.

What Does it Take?

This was a really beautiful game of basketball offensively for the Blue Devils, but once again, Duke failed miserably in protecting the paint. The Tar Heels racked in 12 offensive rebounds and outscored Duke 15-5 on second chance points. Duke was abused in the paint which ultimately cost them the game bringing me to the following question: what does it take for K to use his bench? Coming into the season, many people thought that this would be one of the deepest teams in Duke basketball history. There was the thought that McDonald’s All American center Marques Bolden would be a one-and-done starter for this team. Earlier in the season, there was a time when Antonio Vrankovic seemed to be breaking his way into the rotation by contributing major minutes as a seven foot enforcer down low. Five star sophomore Chase Jeter had shown some some substantial improvement defensively in Amile’s absence. Even Javin DeLaurier showcased his athleticism with some sensational defensive plays in non-conference play. Bolden, Vrankovic, Jeter, and DeLaurier, all of which would be big-time players on 90% of the teams in the country, combined for one minute against UNC. Coach K has the luxury of having a deep and talented bench, he just needs to use it.

In other news, Luke Kennard tallied his 16th 20+ point game of the season on Saturday by adding 28 points in Chapel Hill. Kennard has had an absolutely remarkable season for the Blue Devils averaging 20.1 ppg (first in the ACC) and shooting 45% from three (second in the ACC). It’s an absolute joke that Kennard finished fourth in the ACC Player of the Year voting despite being unanimously voted to the ACC first team. If it wasn’t for Kennard’s efforts all year, Duke would likely have at least five additional losses.