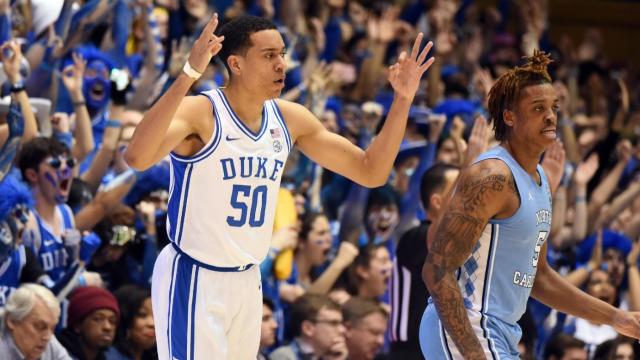 By Brian HoraceMarch 7, 2020No Comments

This Duke Blue Devil team was in need of a winning streak heading into the post season. This game had zero influence on Duke’s seeding in the ACC Tournament but it probably did a lot for the psyche of a team that hasn’t played their best basketball as of late. Having lost 3 of 5 games getting two wins in a row was just what the doctor ordered. Duke was fortunate to win the game at UNC, needing overtime, luck and amazing clutch plays by Tre Jones and Wendell Moore.

The first 6 minutes of the second half saw the Tar Heels chip away and get within 1 point of tying the Blue Devils but Duke started to hit from beyond the arc and the fouls on the Tar Heels began to pile up. Duke was finally able to pull away in the waning moments with big 3 point shots from senior Justin Robinson and Freshman Cassius Stanley for an 89 – 76 win.

The Blue Devils were led in scoring by Vernon Carey Jr. who scored 25 points on 8-14 shooting, 9-11 from the free throw line and 10 rebounds.  Sophomore Tre Jones dominated the point guard battle with 21 points, 10-10 from the foul line, 11 assists, 2 blocks and a steal.

For the Tar Heels Garrison Brooks had a game high 26 points and 13 rebounds. UNC also got 13 from Armando Bacot and 11 from Brandon Robinson who was 3-5 from 3 point range.

Next up for Duke is a date in the ACC Tournament as a 4 seed. Download printable brackets here. 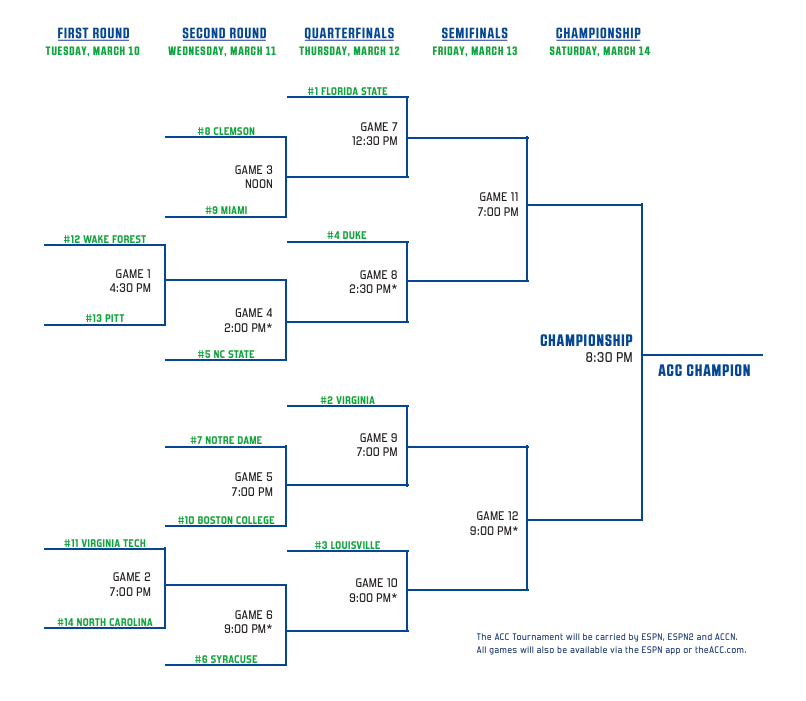