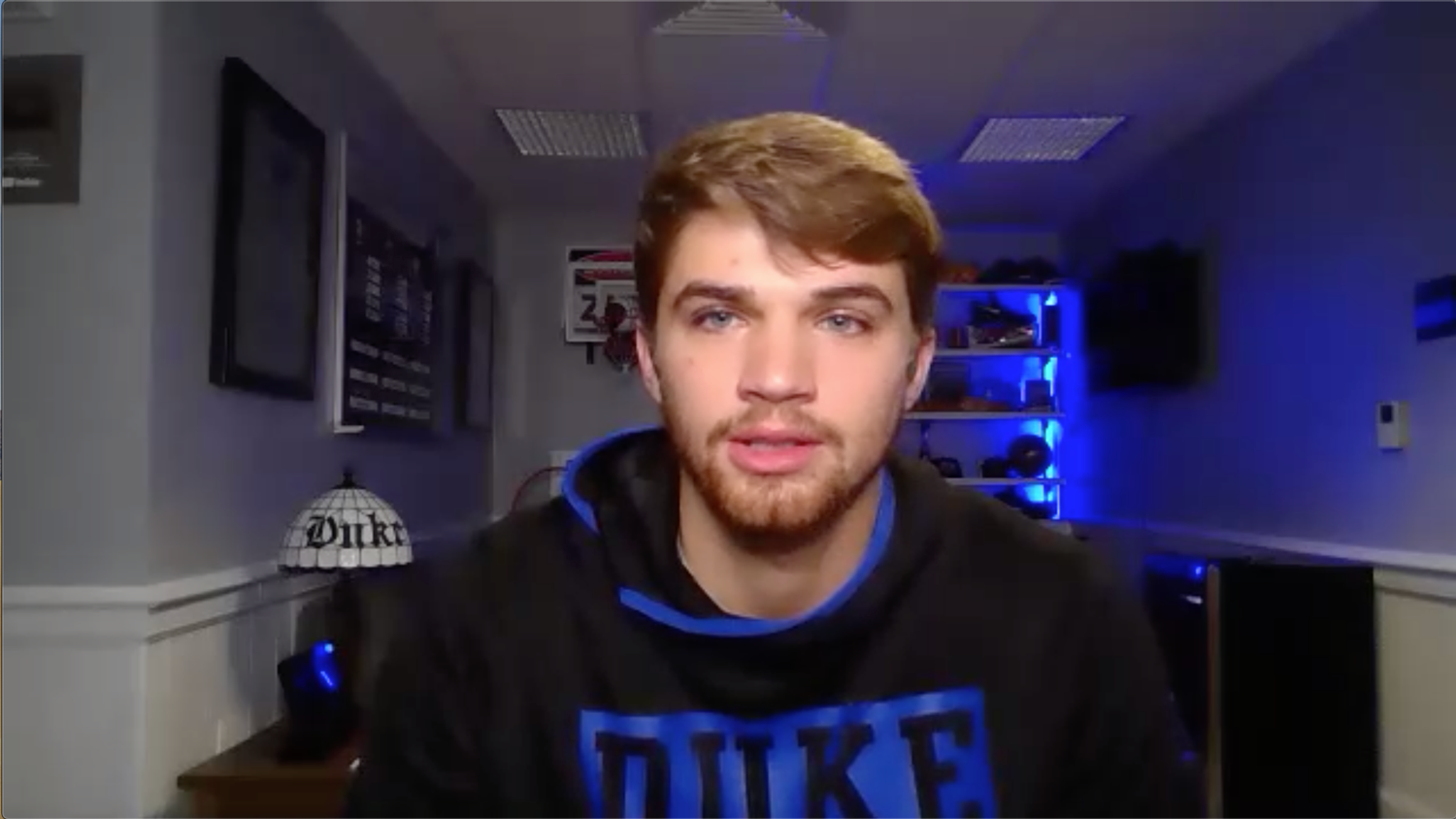 By Brian HoraceOctober 7, 2020No Comments 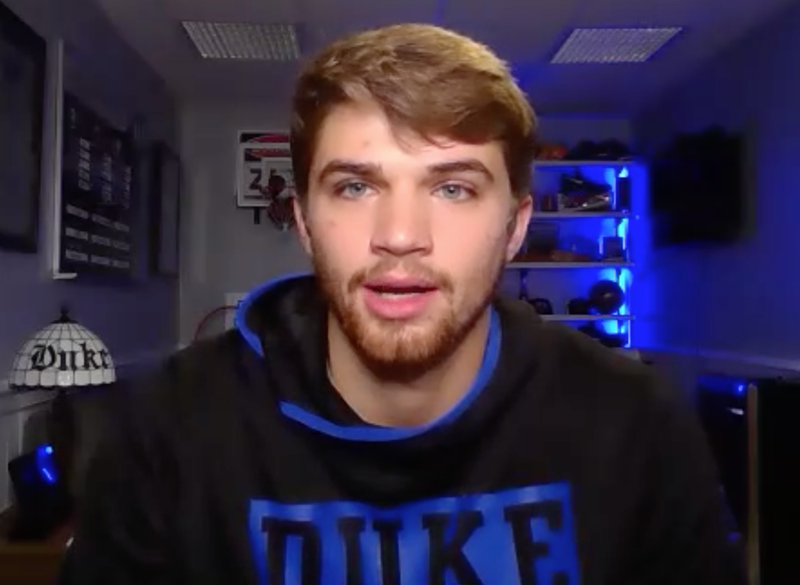 On how preseason practices have been progressing:

“Practice has been great. We have a deep team. We’ve obviously reloaded with a good freshman class. Those guys have been great. They bring it every day. They have enthusiasm, they compete and then you match that with our returning players – myself, J Gold (Jordan Goldwire), Wendell (Moore Jr.) and Matt Hurt – and it’s made for some awesome practices. I’m really excited to be able to officially start practice pretty soon here and then going on to the season. It’ll be a good year with this group.”

On what his goals are, both personally and for the team:

“The goal for us always here at Duke is to win a national championship, so that’s number one and that’s my number one personal goal as well. I feel like if we gear towards that, everything else will take care of itself. A big thing as an older guy on the team now is kind of showing the way for the younger guys a little bit, just stuff that I’ve learned as a younger kid over the past two years, so trying to help them out and making their life easier as they transition to play on this level.”

On if there were specific aspects of his game that he set out to improve during the offseason:

“Absolutely. I think all areas of my game needed improvement and they still do. But I’d say defensively, I wanted to improve a lot. Being able to defend and stay on the court for long periods of time without fouling – that was a big area of focus over the quarantine and the time we had off.”

On what his leadership style is as an upperclassman:

“I think I’ve always been a guy that leads by example more than vocal. Working hard every day, competing every day, bringing enthusiasm when talking and kind of showing what needs to be done on a daily basis. Obviously, as an older guy, there’s times when I need to be a leader in a way that I haven’t been before. I’m learning, as well, how to show the younger guys how everything works on and off the court here. That’s been an awesome experience for me because I’ve grown from it as well.”

On how different the process was getting back on campus and practicing compared to previous years:

“Obviously with the COVID-19 protocols and everything, it’s been an entirely different world in terms of what we’re able to do compared to a normal year. I think one big thing is usually we’re able to spend more time with the new guys off the court and do more things. I’ve learned to appreciate the time that we have on the court with the guys and in the locker room, and just interacting with them and getting to know them in different ways than normal. That’s such an important aspect that I don’t know if people realize, but if you’re not comfortable with your team, it makes it more difficult to perform on the court. I think the coaches have done a good job of finding ways to get us to interact with each other and I think we’re a pretty close-knit group and we’ll only continue to get closer as the year goes on.”

On the prospect of having no crowd or limited crowds in arenas:

We feed off the Cameron Crazies, we’re on a road game we’re typically in a pretty packed arena and we feed of the boos and all that stuff so being able to develop our own energy and enthusiasm among ourselves is a huge key for us this year. Honestly, this team from what I’ve seen so far we bring it every day, everyone’s excited to work, everyone’s excited to practice and I’m sure when the time comes, when we’re playing games that will only be amplified. It’s not the same, and it’s unfortunate but I think we’ll make the best of the situation and we’ll bring enthusiasm every night, we’ll have a good time.

On if the team had to mature and grow faster than recent years due to events that happened during the offseason:

“Absolutely. These are difficult times – the virus, the social unrest. We’ve come together through that stuff. We’ve had conversations among our team, we’ve had conversations with the coaches about this stuff, and so being able to come together during a difficult time makes us closer than we probably would be otherwise. Even though the opportunities to hang out off the court aren’t there like a normal year, what we’ve been through together already before we’ve even stepped on the court together, I think it’s special and it’s made us closer already and it’ll continue to show throughout the year hopefully.”

On what the identity of the team is going to be:

“I think we’re deep, we’re versatile and we’re athletic. We’ll get into teams and we’ll play fast. We have a lot of good players that bring different things to the table and I think coach will let that be seen. It’ll be a fun year. We’ll have a lot of good games hopefully on the schedule. I know that’s still in the works, but I’m excited for this year. I’m excited for you guys to see the team. I think you guys will love it.”

On if speaking out in support of social justice has always been something that was a part of him or if it was sparked over the summer:

“I think it was definitely a part of me. The past few months – becoming more educated on everything and all of the different situations has definitely led me to be more vocal through my social media. It’s something that’s important to me because I’ve had conversations with a lot of close friends about the issues and just hearing their takes on it, it didn’t feel right not speaking on it.”