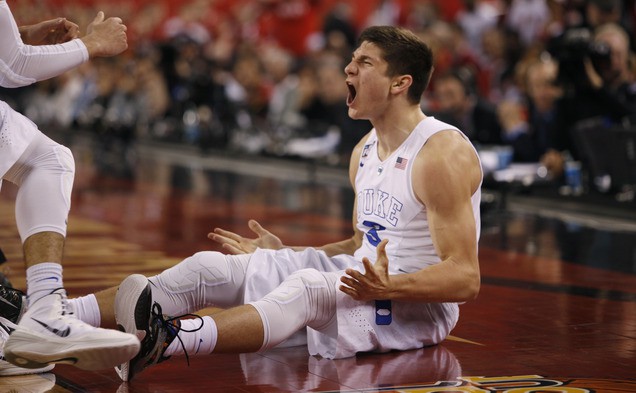 By Brian HoraceNovember 23, 2015No Comments

Behind 32 points from sophomore Grayson Allen the Duke Blue Devils Duke inches by the Georgetown Hoyas 86-84 to take the 2K Championship for the second time. Allen also added 5 rebounds, 4 assists and a couple of steals. For the second straight game the Devils were matched up with a more physically mature team that for most of the first half pushed the young Devils around.

Duke, one again, did not begin the game sharp but eventually was able to  put together a run in the first half and then once the second half began a run that would eventually give them the lead for good. Grayson Allen may have had the most impressive numbers but the engine for the last 2 games that has seemingly kept the Duke offense rolling has been the play of freshman point guard Derryck Thornton. Coach K has employed a trial by fire approach to Thornton reminiscent of Jason Williams and so far despite being the last freshmen on campus has seemed to work. Thornton had 14 points and 2 assists in the game but numbers haven’t told the true story of his value. With Thornton on the floor the offense opens up for Matt Jones and Grayson Allen who do their best work when not being saddled with bring the ball up court. Thornton is also crucial in breaking the press. Matt Jones took advantage of Thornton’s ability to push the ball and kick, the extra passes netted Jones some 3 point opportunities. Jones hit 3-7 from beyond the arc helping to key the 2 Duke runs.

Duke had a tough time matching up with the versatility of Georgetown, their big guards were a hard cover for the Devils and the ability of their big men to step out and knock down mid-range and in Isaac Croplands case stepping out to shoot the 3 gave Duke trouble. Duke would seamlessly switch defenses to try to throw off the Hoyas going from man, to 2-3 zone and eventually 1-3-1 zone. The defensive shifts to seemed to give Duke enough edge to create turnovers and get some easy looks in transition. Duke was able to win this game despite allowing the Hoyas to shoot 54.9% from the field to Duke’s 48.1%.  Duke did out-shoot Georgetown from beyond the arc, but made 1 less 3-pointer. Where Duke had a decisive advantage was at the free throw line where Duke made more shots than Georgetown attempted for a plus 9 result in points at the charity stripe.

Duke is still trying to find ways to get frosh Luke Kennard and Brandon Ingram to come alive, versus Georgetown the two combined for 4-12 shooting and 0-4 from beyond the arc. 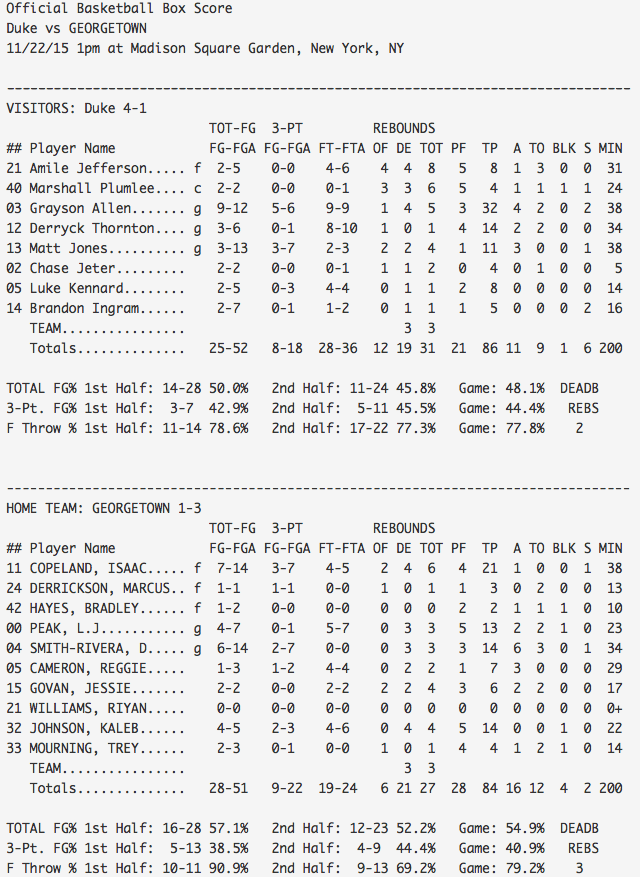