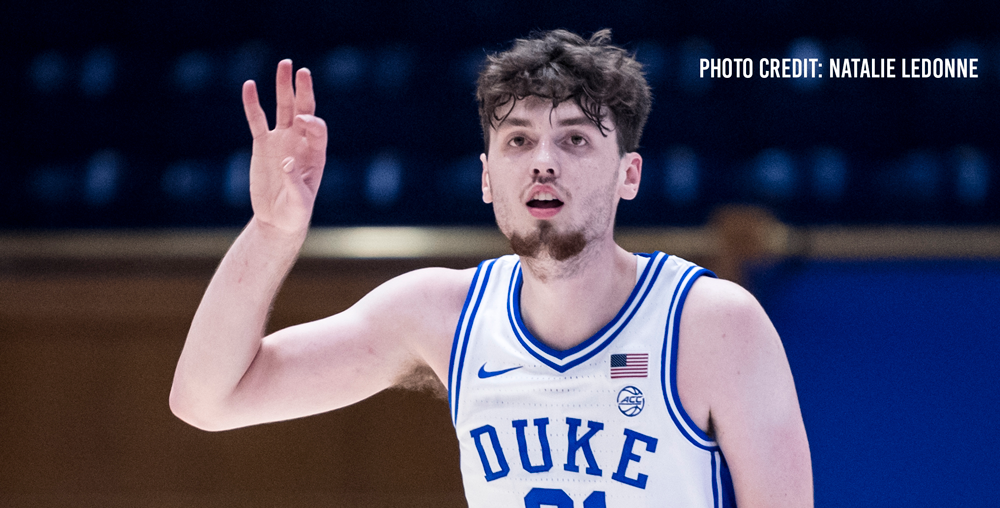 By Brian HoraceDecember 4, 2020No Comments 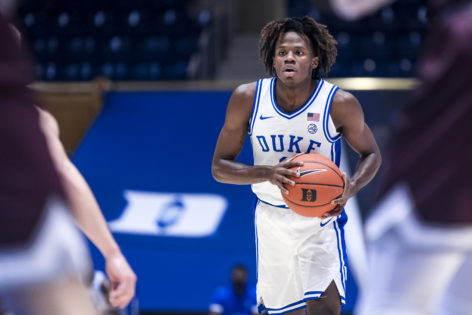 The Blue Devils fresh off their loss to Michigan State welcome the Bellarmine Knights to Cameron Indoor Stadium. The game marked the first division I game for Bellarmine and the Knights acquitted themselves well against the top 10 ranked Blue Devils. Duke jumped out to a 14 point lead and the game looked like a runaway early on the strength of 6-13 from beyond the arc. Bellarmine battled to within a 3 point deficit before Duke pulled away with a 7 point run to end the half and lead by 10 at the break. The Blue Devils played the majority of the first half without freshman Jalen Johnson who was saddled early with 2 fouls and only managed to play 3 minutes.

Turnovers are still a problem for this young team and will most likely continue to the the Achilles heel for a while. These are fixable things. Hopefully we will see players like Joey Baker and Wendell Moore ascend to the level we think they can get to. Getting good and consistent guard play is lacking currently and could make all the difference for this team on both ends of the floor but they effort is there. What more can you really ask for this early in the season. There things to like and things to not like but plenty to fix.

Clearly with Duke being 2-1 and averaging 17 turnovers people will undoubtedly say the sky is falling but this is a team adjusting and learning each other, a team with 6 freshmen, 1 grad transfer new to the program and 4 returnees in new roles. There is an adjustment for everyone involved. Clearly the lack of basketball has us all zeroing in on what and who this team isn’t, It’s not Gonzaga, It’s not Baylor. All true, Duke is not either of those teams and they may or may not reach that level. I prefer to play the devils advocate: would you want to be the best team in December or the best team in March? This team has a long way to go, and they may not get there any time soon but holding them to an impossible standard isn’t going to do anyone any good. You have to take the good with the bad and hope that each game is indeed a snapshot of where they are now and hope that reps, practice and coaching will allow them to take incremental steps toward being who we all want them to be.