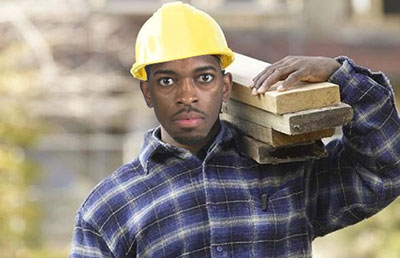 By Randy DunsonDecember 14, 2015No Comments

This preview is dedicated to Senior Forward (& Captain) Amile Jefferson ( @AmileJefferson ) who suffered a foot injury today. Our thoughts and prayers go out to Amile for a steady recovery.

Winners of six in a row, No. 7/6 Duke will return to action Tuesday when it hosts Georgia Southern. A win over the Eagles would be the 100th for Duke’s current senior class.

Duke has the best winning percentage (.839) and second-most wins (193) in the NCAA since the start of the 2009-10 season. Duke leads the nation in adjusted offensive efficiency, averaging 120.3 points per 100 possessions. They rank 11th nationally with a 39.7 offensive rebound percentage and averages 15.9 second-chance points per game.

Grayson Allen’s average of 21.8 points per game ranks fourth by a player in the six major college basketball conferences. Allen’s six games of 20+ points are the most in the ACC this season. Allen has made 23-of-25 free throw attempts (.920) in Duke’s last four games. He also has a 3.67 assist-to-turnover ratio over that stretch.

Luke Kennard has come on of late, averaging 12.0 points and shooting 42.1 percent (8-of-19) from long distance in Duke’s last four games. Marshall Plumlee is the only ACC player to at least share his team lead in both blocks (18) and steals (11). 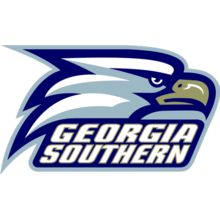 After 12 days off for exams, Georgia Southern travels to No. 7/6 Duke for a 7 PM contest. The Eagles have not faced a ranked opponent since a contest at No. 8/5 Duke November 11, 2008. The Blue Devils topped the Eagles 97-54 in the Coaches vs. Cancer Classic in Cameron Indoor Stadium.

This game caps a stretch in which Georgia Southern opened the campaign with six of its first eight games on the road. Georgia Southern is coming off a 76-67 loss at Savannah State December 2. The Eagles are 1-4 away from home this season.

With 11-of-12 scholarship student-athletes who are freshmen, redshirt freshmen or sophomores (92 percent), Georgia Southern has the highest percentage of underclassmen on its current roster of the 345 NCAA Division I squads. Liberty (91 percent), Ohio State (85 percent), Fairleigh Dickinson (85 percent), and Wyoming (80 percent) round out the top-5.

The Eagles lost 76 percent of its scoring and 72 percent of its rebounding from last season. They were picked 10th in the Preseason Sun Belt Conference Coaches Poll.

There is a Duke connection on the Georgia Southern team as redshirt freshman Shawn O’Connell’s father, Dave, played at Duke from 1973-76. He tallied 183 points and 78 rebounds in 64 career contests.

There are also several Tarheel connections with the Eagles:

No. 7/6 Duke has had 10 days between games and the Blue Devils figure they could use the break.

Grayson Allen finished with 22 points and a career-best 11 rebounds, all on the defensive end, while Amile Jefferson had 13 points for the Blue Devils (8-1).

The Blue Evils won their sixth straight despite some offensive struggles. They never trailed but shot a season-worst 40.7 percent and matched a season low with five 3-pointers. This was Duke’s ninth game in a 23-day span, and its third game of the week.

After some early shooting struggles, Duke scored 11 straight points midway through the second half to build its first 20-point lead.

Jarryn Skeete pulled the Bulls to 41-32 with a 3-pointer with 15 minutes left. Jefferson countered with a layup, Ingram hit a corner 3, and the Blue Devils jumped into a 1-3-1 defense that forced consecutive turnovers that led to five easy points. Jefferson then capped the burst with a free throw that made it 52-32 with 12:25 to play.

After Georgia Southern cut it to 12, Matt Jones answered with a 3-pointer, just Duke’s third to that point, to make it 62-47 with 7 minutes left.

The Blue Devils might have been in big trouble in this one if not for Ingram, who was 8 of 15 in his second straight 20-point performance. He had a season-best 24 points last time out, in a 20-point win over Indiana three nights earlier.

It would have been tough for the Blue Devils as a whole to play much better than they did in that one. However, for a while, it seemed like a drastic regression. Players not named Ingram combined to miss 16 straight shots over a 15-minute stretch, and Duke had just two assists on its 10 baskets in the first half.

That Duke led by 10 points at halftime was mainly due to Ingram, who had 15 points at the break, and 13-of-17 free throw shooting.

Christopher Martin scored a game-high 18 points and hit the go-ahead 3-pointer with the shot clock winding down to lead Savannah State to a 76-67 victory over Georgia Southern last Wednesday night in Tiger Arena.

Martin’s triple, a 28-footer from the wing as the shot clock hit zero, came a possession after the Eagles used a 12-1 run to open a brief 61-60 lead with under five minutes to go and sparked a 7-1 run for Savannah State. A Mike Hughes 3-pointer from the wing cut the lead to 67-65 with 2:22 remaining, but Troyce Manassa got on off-balanced runner on the Tigers next trip down the floor to extend the margin to 69-65.

Tookie Brown almost had a chance to tie it with a rare four-point play, when he was fouled on a 3-point attempt from the top of the key. The freshman’s shot rimmed out, and he made 2 of 3 from the charity stripe to make it a two point game with 51 seconds left.

The Eagles forced the Tigers to take the shot clock down again, and this time Casey Wells got some help from the glass, banking home a 3-pointer with 25 seconds to play and extending the lead back to five. Brown tried to get to the rim on the Eagles’ next possession but missed, and Georgia Southern was forced to foul. Javaris Jenkins hit two free throws with 16 seconds left to ice the win.

This is the third meeting between the two teams, and Duke leads the all-time series 2-0, with an average margin of victory of 33.5 points a game. The Blue Devils topped Georgia Southern 78-42 at home November 13, 2006, and defeated the Eagles 97-54 November 11, 2008, in Cameron Indoor Stadium.

In terms of a few key offensive and defensive statistical parameters, Duke has a significant edge in most all of these parameters. Duke is much more efficient in shooting the ball. The Blue Devils are the better 3-point shooting team & they defend the arc better when paired against the Eagles. Georgia Southern does have a slight advantage in RPG but Duke does a better job on the offensive glass. Duke also turns the ball over less than Georgia Southern does, but the Eagles force more turnovers. Based on stats alone, this game is in the books for Duke.

[If you wish to learn more about how the four factors are calculated and implemented, a description can always be found here, https://www.dukeblogger.com/four-factors-winning/.] [Please note that the graphical depiction is forthcoming.]

Instead of merging points found in my recent article on www.dukeblogger.com with the following, I have left these intact as they apply to this game as well.

The Duke Blue Devils and the Georgia Southern Eagles face off on Tuesday at Cameron Indoor in college basketball action.

Duke blocks plenty of shots (50 total) and the Eagles’ top-three scorers are all guards: Tookie Brown (14.4 PPG), Ike Smith (12.6 PPG) and Mike Hughes (10.7 PPG). Georgia Southern will have to attack from the outside because it only has three players taller than 6-foot-5 and sophomore Coye Simmons is the only non-freshman of that group. The Eagles will have to hit more than 35.6 percent of their threes (season average) to knock off Duke.

A late note that may or may not have had anything with the torrid opening stretch for Duke but it could have possibly taken a toll on Amile Jefferson, who is out indefinitely with a right foot injury. He has started each game while averaging 11.4 points and a team-best 10.3 rebounds.

Given this injury, I will refer readers to my article on www.dukeblogger.com for my thoughts on the possibility of an injury occurring in the frontcourt. That said, even though the players will have to make quick adjustments to his absence, this game should be a runaway. The Eagles are very young and small, starting four guards. I see Duke coming away with a 90-63 victory.