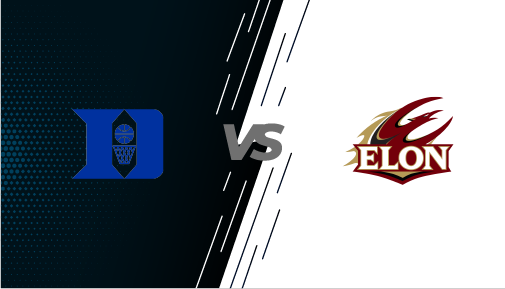 By Brian HoraceDecember 17, 2021No Comments

Elon has played an aggressive schedule which is partially to blame for their record, facing the likes of Florida, West Virginia, Ole Miss and North Carolina. Elon is 3-8, but coming off a 63-61 win over Winthrop on Wednesday to snap a seven-game skid.

Elon head coach Mike Schrage is one of 10 of Mike Krzyzewski‘s former players or staffers that is currently a Division-I head coach. Schrage was Duke’s director of basketball operations from 2002-08. Schrage, who gradated from Indiana in 1998 and was a manager for IU under Bobby Knight, is in his third year as Elon’s head coach.

Four Phoenix are averaging in double-figure points, led by senior Torrence Watson’s 12.2. Sophomore Darius Burford averages 11.5 points and a team-best 3.3 assists per game. The Phoenix shoot a lot of 3 pointers and are top 80 in the nation in 3 point field goal percentage.

Duke comes into Saturday at 9-1 having won 2 games in a row. In their final non-conference game of the season, No. 2 Duke welcomes Elon for a Saturday matinee at Cameron Indoor Stadium. The Blue Devils are firing on all cylinders offensively and are averaging 86.0 points and out-scoring opponents by 20.8 points per game, both lead the ACC and rank top 10 nationally. Duke also leads the ACC in field goal percentage (.491, ranked 19th in the NCAA), scoring margin (+20.8, 10th), scoring offense (86.0, 7th). The 3-point line which was an issue earlier in the season has been a strength in the last 2 games with the Blue Devils Duke has hitting 15+ three-pointers in back-to-back games for just the second time in school history (2000-01).

The blueprint for Duke heading into ACC season is pretty set in stone. After the 2 week break for exams where offense was the focal point in practice, the Blue Devils are sharing the basketball better, creating better spacing and getting more motion offensively. There is still a ways to go in terms of post play and this game provides one last opportunity before the Blue Devils face off against a tough team in Virginia Tech. Duke has worked to expand their bench to include reserve forward AJ Griffin who has strung together 2 games of double-figure scoring.