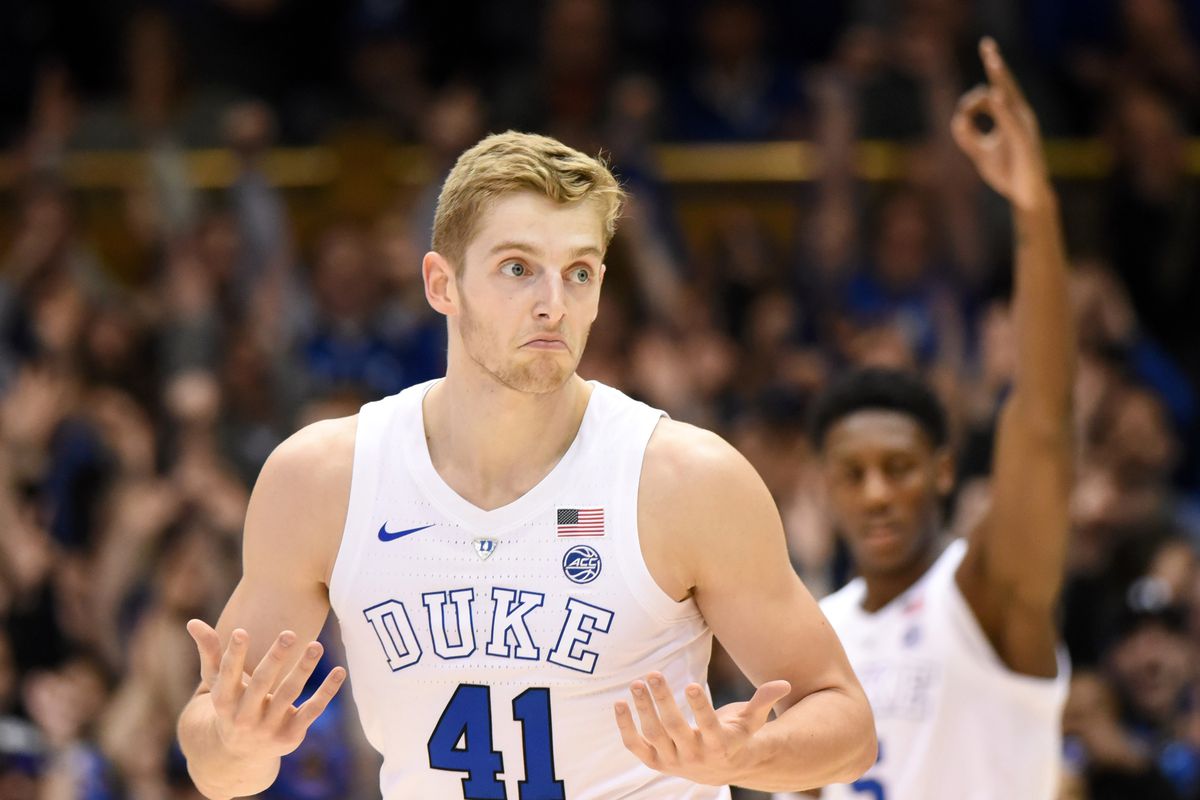 By Brian HoraceMarch 20, 2020No Comments

DURHAM, N.C. – Duke men’s basketball senior Jack White has been named the 2020 recipient of the Caulton Tudor Award, given to the Triangle basketball player who is most cooperative with the media and presented by Tobacco Road Sports Cafe.

White, a two-year captain and two-time All-ACC Academic selection, joins former Blue Devil Matt Jones (2017) as the previous Duke winners. The award was established last season, with retroactive winners back to the 2015 season.

A hotbed for college hoops at the highest levels, the goal of the award is to encourage players to view their interactions with the media as a positive aspect of playing in this market.

Tudor was the longtime Raleigh Times, News & Observer and WRAL sports columnist who died at 70 last November. He knew of what he spoke – not only as a Hall of Fame basketball writer but as a former player himself.

The foundation of the award came with blessing of Tudor’s family and the Sports Information and Compliance staffs at Duke, North Carolina and NC State. The Tudor Award will be awarded each year by a rotating committee of media members.

Tobacco Road Sports Café will host displays in each of their restaurants, in Raleigh, Durham and Chapel Hill, so fans throughout the Triangle will see which players have been honored.