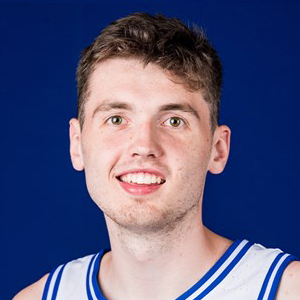 By Brian HoraceNovember 11, 2020No Comments

Duke sophomore Matthew Hurt is ranked among the top 25 best players in the nation this season, as CBS Sports released its Top 100 and 1 players in college basketball for 2020-21. The Blue Devils had three players make the list, tied for the second most nationally.

At No. 22 in the CBS Sports rankings, Hurt is the third highest rated player in the ACC. He is joined on the list by freshman teammate Jalen Johnson (No. 47) and sophomore classmate Wendell Moore Jr. (No. 89). Only Gonzaga and Baylor had more players (four) named to the list than Duke. The full rankings can be found here.

A native of Rochester, Minn., Hurt appeared in all 31 games during his freshman campaign, making 22 starts. He averaged 9.7 points and 3.8 rebounds per contest and reached double figures in scoring 17 times. A threat from the perimeter, Hurt’s .393 percent from three-point range was the 10th-best by a Duke freshman in program history. For the season, he shot .487 from the field and .741 at the free throw line. Hurt was named ACC Freshman of the Week following a career-high 25 points in a win over Boston College on Dec. 31.

The BC performance was one of 10 double-digit scoring efforts in ACC play for Hurt, who also went for 22 in a win over Miami, 16 each against Louisville and Virginia Tech, and 12 each against Syracuse, Florida State, Notre Dame and Wake Forest. The forward increased both his field goal percentage (.492) and three-point accuracy (.408) during ACC play.

Last week, Hurt was one of 20 players named to the Karl Malone Power Forward of the Year Award watch list.

Duke opens the 2020-21 season versus Gardner-Webb at Cameron Indoor Stadium on November 25.