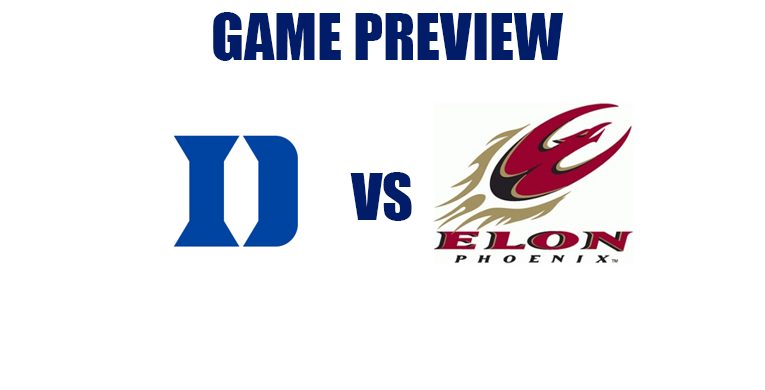 By Brian HoraceDecember 20, 2016No Comments

Next up for Duke are the Elon Phoenix, Elon comes in with a 7-4 record. Elon has been in every game they’ve played and even took Georgetown to the wire losing by 3 points. Coming off of a win against St.Peters (68-53) the Phoenix will look to get another winning streak going after losing 3 in a row before the St.Peters game.

Duke comes off of a 10 point win over Tennessee State (65-55) where they had their worst first half scoring output of the season but were still able to hold on with a 25-3 second half run. Jayson Tatum and Luke Kennard were the only Blue Devils in the game to make more than 2 buckets. Duke only managed 5 points from the bench in the game.

Duke will look to try to create the chemistry it was lacking in the TSU game as it integrates now healthy pieces in Harry Giles, Jayson Tatum and Marques Bolden. Going into ACC season Duke will need to catch up to teams that have been playing at full strength.

Elon is led in scoring by junior forward Brian Dawkins who is averaging 12.5 points and 4.8 rebounds per game. The Phoenix boast 5 players who average in double figures. They have a balanced offensive attack with its 5 best scorers averaging between 12.5 and 10.6 points per game.

Elon will use this game to prepare themselves for conference play. They will have to defend without fouling and really be cognizant of their small margin for error against Duke.

Duke leads the series 18-5 and last time out Duke beat Elon 105-66 on the strength of Brandon Ingrams 26 points.