To change or not to change the name of the Washington Redskins. Well, it’s always been my opinion that it should be changed. The reasons for change far outweigh the reasons for it staying the same, but obviously I don’t get a vote, none of us do. The only mind that truly matters is that of the pig-headed, greed-obsessed owner of the Redskins: Daniel Snyder. 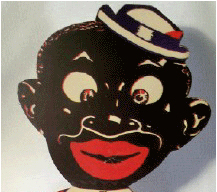 Snyder likes to cite history and tradition as being the main reasons for keeping the name change. I honestly don’t think either of those are valid reasons. Snyder also cites George Allen having consulted the Red Cloud Athletic Fund and poll of 1000 Native Americans who overwhelmingly support the name. Again, all of these aforementioned reasons still don’t sway me or anyone who firmly believes in a change in the name and culture of belittlement. History is always the reason for institutions to not enact change. Changing something going forward does not change its history, only its future. “Colored bathrooms” are a part of history, should we have kept them because of that? There is nothing un-American about wanting to cater or transform the country you live in. It really shows you that we have not come as far as we think we have in this country. I’m sick of hearing things like, why are we so “PC” and we are too “PC,” usually coming from someone who has no grasp of history and how the long-lasting effects of what we have done in the name of our country have damaged irreparably entire races of people. It doesn’t mean I don’t love my country, I accept the good and the bad of history as there is no country that has always done everything right. There is a reason why this country is the richest in the world and it’s not because of capitalism, it’s because we are centuries deep in wealth amassed from slavery and the blood, sweat, tears and lives of people who were routinely abused and oppressed. It’s ugly but true. So to be reminded daily of that by a sports team too selfish and self-centered to do something as simple as a name change€¦I just sigh and shake my head. 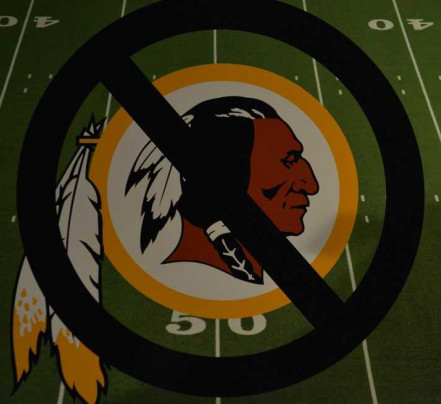 I’ve also heard the argument that the name is just a symbol, it means nothing. The American flag is a symbol, does it mean nothing? The Confederate flag is a symbol as well, so is a swastika. So do symbols matter or don’t they? Regardless of the ideals that Daniel Snyder believes the Redskins stand for – strength, courage, pride, and respect – according to Snyder, the last one is the most laughable. How can you in one breath claim that your organization is respectable and then profit from the caricaturization and cartoonish portrayal of someone’s heritage? It’s clear hypocrisy and a joke. As far a poll of 1000 Native Americans, well, just check exit polls for the last few elections and ask me again how reliable a poll is (http://www.buzzfeed.com/joeflood/how-the-redskins-debate-goes-over-on-an-actual-indian-reserv). I liken it to a lot of African-Americans not being offended by the N word. Let’s not use a group’s own cultural ignorance and claim it as a green light to bastardize their culture. I would agree that most Native Americans do not believe it is the most important thing to fight for and that there are much more important issues going on in the world today, but are there really more important issues to be dealt with by a football team? Not really, it could very quickly be rendered a non-issue and rendered an opportunity if Dan Snyder would put aside his enormous ego and just do something right for a change. 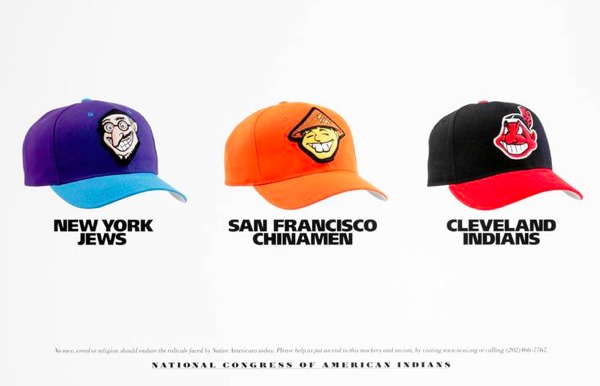 A lot of the main culprits in the fan base that are against changing the name are completely oblivious to how it feels to be a true minority. It’s not an indictment (as we should all be so lucky), but if you cannot truly put yourself in the shoes of a group that has been persecuted and historically oppressed I sort of see your arguments for the name being non-offensive as moot and insincere (of course it doesn’t offend you). One of the more disappointing aspects of this fight as an African-American male is that my culture, having been enslaved, oppressed, treated as animals and to this very day still considered by a lot of America as less-than, can be the least bit OK with this name. If it was the Washington Blackskins or the Atlanta Slaves instead of Braves would we be as tolerant? What if the logo was the classic Sambo? It really isn’t that much different from what the Cleveland Indians logo is.

It’s unfair to only target the Redskins when there are many sports teams that are just as guilty. The Braves and Indians in the MLB, the Chiefs in football, and on the college level, the numbers are too high to count (http://en.wikipedia.org/wiki/List_of_sports_team_names_and_mascots_derived_from_indigenous_peoples). There also is precedence for name change at least on the college level. The Miami Redskins now known as the Redhawks, the St. John’s Redmen as the Red Storm and the Stanford Indians now the Stanford Cardinal. None of these teams is in the red because of it, and none of them suffered. I guarantee you no fans shipped out because of a name change.

For the record it isn’t only Native American mascots that I am advocating change for. I don’t agree with the “Fighting Irish” either, I think that is just as stereotypical and offensive€¦no sports teams should be named after groupings of people or culturally based. It’s insensitive, demeaning and just plain stupid.

Living in the DC area as I have for decades, I know what motivates Dan Snyder and if you are from the area you know what it is too. So the benefits of re-branding for Snyder:

Why not be the guy who did something good rather than the guy that overcharges for tickets and parking and sued ticket holders? Right now not even ‘Skins fans like you. In the end it is your team, you can do with it what you want. People will still root for them if they are fans and hate them if they aren’t, but what harm can a change in your culture to stop demeaning the culture of another do to you? It’s a win – win, something you as an owner aren’t really used to.