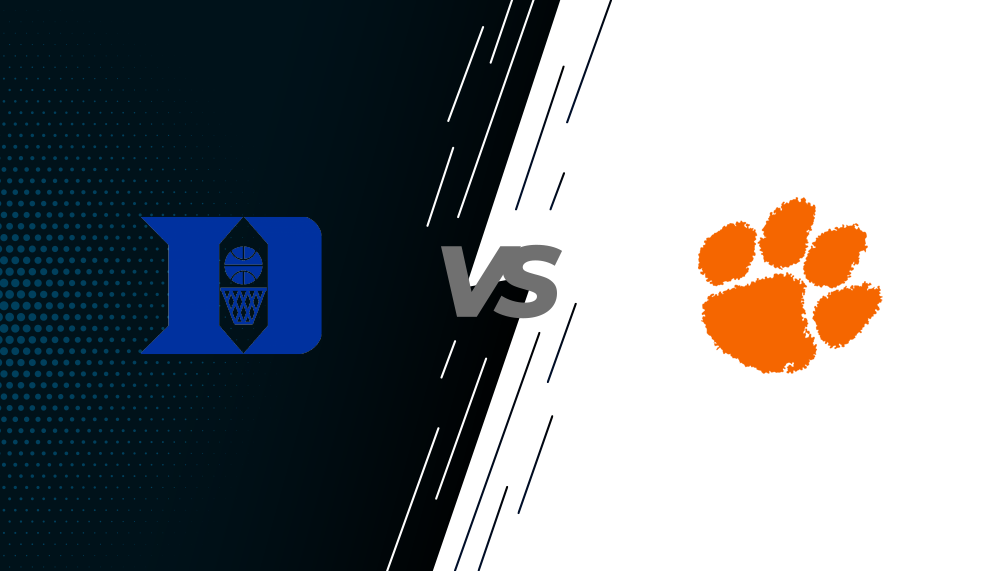 By Brian HoraceJanuary 13, 2023No Comments

Fresh off a come-from-behind win on Wednesday night, No. 24 Duke is back on the road Saturday to battle first-place Clemson at Littlejohn Coliseum. The Tigers enters Saturday’s action 6-0 in the ACC while the Blue Devils find themselves in a five-team logjam at 4-2 in the league after consecutive victories over BC and Pitt.

Duke has won three straight in the series and leads the all time series 114-32. On the road, Duke leads 39-24, but Clemson has won three of the last five. The Blue Devils swept the Tigers last season, 71-69 in Durham thanks to 19 points from Paolo Banchero including two late buckets in the closing seconds. Duke pulled away for an 82-64 win at Clemson behind 25 points and 11 rebounds from Trevor Keels and 15 and 10 for Banchero.

Duke’s crucial ACC stretch continues next Saturday when No. 16 Miami (14-2, 5-1) visits Durham. Duke came from 11 points down at halftime — a deficit that grew to 12 in the second half — to knock off Pitt, 77-69, Wednesday behind a monster 28-point, 15-rebound effort from Kyle Filipowski (right) and 14 points, five assists and no turnovers from Tyrese Proctor. Filipowski became just the third Duke freshmen all-time to post at least 28-15 in a game, joining Marvin Bagley III (who did it four times) and Jabari Parker (once). Duke has out-rebounded 13 of its first 17 opponents and is 12-1 this season when holding an advantage on the glass. Duke is 10-1 when leading in offensive rebounding. After Wednesday’s +23 advantage in rebounding (51-28) and 24 offensive rebounds, Duke ranks third nationally in rebound margin (+9.4), ninth nationally in offensive rebounds (13.7) and 25th in rebounds per game (39.8) — leading the ACC in each category. Duke has held 15 of 17 opponents to below their season scoring average, ranking second in the ACC and 36th nationally in scoring defense (62.9) and 22nd in three-point defense (.290).

Duke is 12th nationally in free throw percentage (.786) and second in the ACC to Clemson (.787; 10th). The Blue Devils were 23-of-27 (.852) at the line vs. Pitt — the 10th time this season Duke has shot .800+ at the line. Duke has made 40 of its last 46 (.870) at the stripe. The deep and balanced Blue Devils have seen seven different players lead the team in scoring over the last 11 games and used five different starting lineups this season. Duke has played its last two games without starting point guard Jeremy Roach (toe injury). Four-time ACC Rookie of the Week Kyle Filipowski has scored in double figures 15 times and his seven double-doubles are third in the ACC, 15th nationally and lead all NCAA freshmen.

Clemson sits atop the ACC standings at 6-0 entering the week end and is riding a six-game winning streak. Clemson leads the ACC and is 15th nationally in three-point shooting percentage (.389) — with five players shooting better than .400 from behind the arc. 3 of Clemson’s starters shoot over 41% from 3.

The veteran Tigers are led by Hunter Tyson, who is averaging a double-double at 16.2 points and 10.1 rebounds — one of only eight players nationally averaging 15-10 this season. The Tigers also boast 3 other double-figure scorers in Chase Hunter (14.5) who also leads them in assists, PJ Hall who averages 12.4 per game and Brevin Galloway who averages 10.1 per contest.

Defense as usual should be job one for the Blue Devils and chasing Tigers off of the 3-point line will be a huge part of that. 4 of Clemson’s 5 starters are capable of hitting open 3’s but the Tigers are more than just a 3-point shooting team, they can work you in the paint as well through PJ Hall. Hunter Tyson is a phenomenal talent that hustles and can beat you in a lot of different ways. He has a quick trigger from beyond the arc but is just as comfortable taking the ball to the paint, Duke has to be smart and not go under screens and they have to box Tyson out – he can make a living off of sneaking in for offensive rebounds in addition to his top-tier shooting. Tyson also makes good hard cuts to the basket, he gets a lot of looks off of backdoor cuts.

Duke has to bring their A-game in terms of basketball IQ on both ends, perimeter defense will be once again super important but also making sure they make Clemson take tough 2’s instead of open 3’s. Duke’s bigs have to stay connected when there are switches, the least bit of space is death.