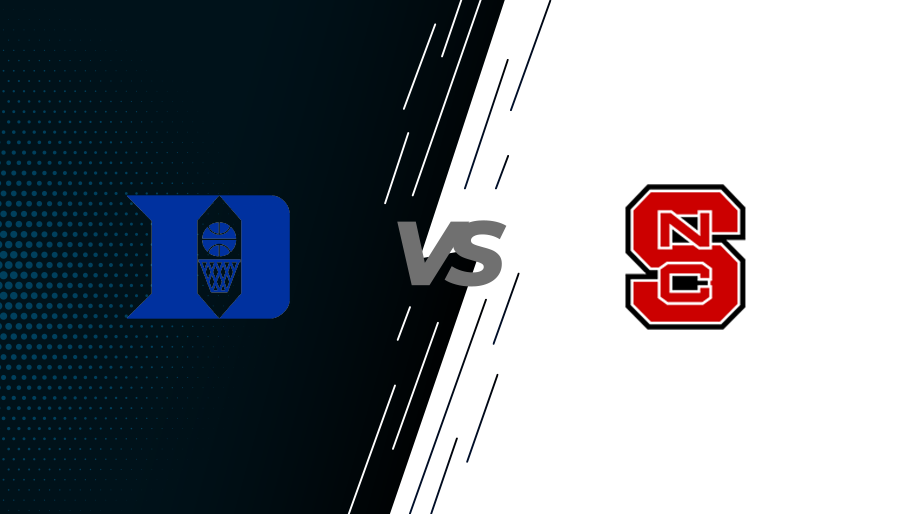 By Brian HoraceJanuary 3, 2023No Comments

No. 16 Duke begins a stretch of playing three of its next four on the road with a Wednesday night tilt versus NC State at PNC Arena.The month of January sees Duke play five of eight on the road in total.

The Blue Devils have seen seven different players lead the team in scoring over the last eight games, including a historic 20-point, 12-rebound effort by graduate Ryan Young vs. Florida State, a career-high 17 by Jaylen Blakes at Wake Forest and a then-career-high 15 by Dariq Whitehead vs. UMES. Young became the first Duke player all-time to record a 20-point double-double while not missing a shot, going 7-of-7 from the field and 6-of-6 at the free throw line. Only six other times in program history has a player scored 20 points on 100 percent shooting accuracy. Blakes (right) made his first career start in the FSU win and posted his second-consecutive 17-point game. He leads the Blue Devils with a 3.63 assist-turnover ratio and has hit eight of his last 12 from three-point range.

Four-time ACC Rookie of the Week Kyle Filipowski leads Duke in scoring (13.8), rebounds (8.6) and steals (1.3) The versatile 7-footer is the nation’s best power conference freshman in rebounding and leads all NCAA freshmen with his six double-doubles. Since Nov. 29, Duke is third nationally in free throw percentage (.837, 87-of-104). Jeremy Roach leads the Blue Devils in assists with 3.4 per game to go along with his 12.5 points per game.

The Wolfpack are the league’s second highest scoring offense at 79.5 points, led by Terquavion Smith’s 18.1 average. Virginia transfer Casey Moresell leads the ACC and is 11th nationally in three-point shooting at .477 (42-of-88). Jarkel Joiner (15.7pts) and Casey Morsell round out the double -figure scores for NC State. Jack Clark leads NC State with 7.3 rebounds per game to along with his 9.1 points. One of the oldest teams Duke will face this year, starting 3 graduate students and a senior.

The Wolfpack start 3 guards that shoot 34% or higher from 3-point range including transfer Casey Morsell who is shooting 47.7% from beyond the arc. The Blue Devils have to defend straight line drives with much better efficiency as being beaten off the dribble and the resulting scramble defense could prove a huge issue for the Blue Devils. While Terquavion Smith is the leading score for the Wolfpack he’s shooting under 40% from the floor, making him shoot tough 2 point shots is preferable to having him dish to an open Morsell. Duke’s perimeter defense will be tested.

Offensively it would bode well for Scheyer and company to try and run a set or two for Kyle Filipowski who, as of late has struggled from the floor. Duke should have a size advantage in most lineup iterations and lobs should be available in both the half-court and BLOB situations.