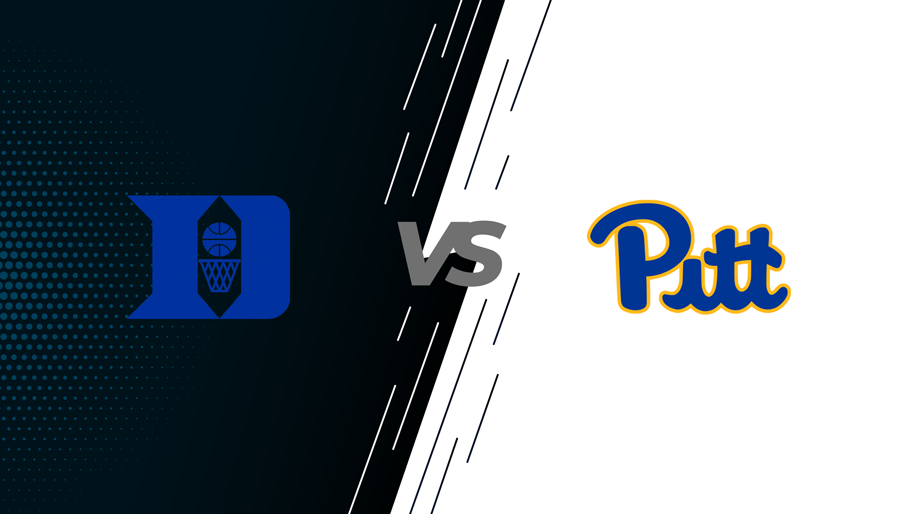 By Brian HoraceJanuary 11, 2023No Comments

No. 24 Duke begins a crucial ACC stretch Wednesday by welcoming Pitt to Durham. The Blue Devils play the three teams they trail in the standings over the next three games with Pitt (4-1), at Clemson (5-0) Saturday and home vs. Miami (4-1) the following Saturday.

The series versus Pitt favors Duke, 14-8, including 6-2 at Cameron Indoor. ednesday’s game matches up head coaches Jon Scheyer and Jeff Capel, who each played at Duke and were later assistant coaches on Mike Krzyzewski’s staff together. The pair are two of 10 former Coach K Duke players or assistants now Division-I head coaches.

Duke is 8-0 at Cameron Indoor Stadium this season where the team allows just 56.0 points per game and wins by an average margin of 24.3 points holding 14 of 16 opponents to below their season scoring average — six to its then season low for points, including Iowa and Xavier. Duke leads the ACC in rebound margin (+8.6) and offensive rebounds (13.0) and ranks second in scoring defense (62.5) and total rebounds (39.1) — top 50 nationally in each category. The Blue Devils have out-rebounded 12 of its first 16 opponents and is 11-1 this season when holding an advantage on the glass. Duke is 9-1 when leading in offensive rebounding.

The Blue Devils have seen seven different players lead the team in scoring over the last 10 games, including a historic 20-point effort by graduate Ryan Young vs. FSU, a career-high 17 by Jaylen Blakes at Wake and a career-high 18 by Dariq Whitehead at BC. Young became the first Duke player all-time to record a 20-point double-double while not missing a shot, going 7-of-7 from the field and 6-of-6 at the free throw line and is shooting .739 from the field overall and .833 (20-of-23) in ACC play.

Four-time ACC Rookie of the Week Kyle Filipowski has scored in double figures 14 times in 16 games. The freshman leads the team in scoring (13.8) and rebounds (8.6). Filipowski and freshman Mark Mitchell (right) were clutch late in Duke’s 65-64 win at BC, as Mitchell’s chase down block with 38 seconds left kept Duke’s deficit to just one, while Filipowski had an offensive rebound and hit the go-ahead free throws with 16 seconds left.

The Panthers are 11-5 overall and 4-1 in the ACC and had a five-game winning streak snapped Saturday vs. Clemson, 75-74, with Jamarius Burton scoring a game-high 28 for Pitt. Pitt boasts 4 double-figure scorers led by Blake Hinson and Jamarius Burton who average 16.8 and 16.6 respectively. Burton is shooting at a .555 clip from the field and .448 from three-point range (13-of-29). Hinson leads the team in rebounds at 6.9 per game. Nelly Cummings is the high assist man for the Panthers at 5.1 per game to go along with his 10.6 points per game and Greg Elliot rounds out the double figure scorers at 10.4 per contest. Pitt is 34 in the country in defensive rebounding and 41st in total rebounding.

Fifth-year head coach Jeff Capel is a former Duke player and assistant coach, spending seven seasons on Mike Krzyzewski’s staff (2011-18), including his final four seasons as associate head coach. A four-year starter for the Blue Devils from 1993-97, Capel was a two-time team captain. He was part of 83 wins and helped the program to 1994 NCAA title game.

Defense as usual should be job one for the Blue Devils and chasing Pitt off of the 3-point line will be a huge part of that. 4 of Pitts 5 starters are capable of hitting open 3’s so it would behoove the Blue Devils to close under control and communicate on switches, something that has been an issue at times. Limiting the Panthers to just one shot will also be huge – every team wants to get out on the break but securing the defensive exchange is much more important than getting transition looks. Offensively the Blue Devils need to take care of the basketball and that means not just limiting turnovers but taking good shots. Duke is a team that wants to play inside out and getting the ball to Ryan Young in the pain and Kyle Filipowski in the post should lead to open looks if both recognize when the double teams are coming and make good passes.

Pitt is an older team that starts 3 grad students, Cameron isn’t going to rattle them – playing on the road is something Pitt is built for.