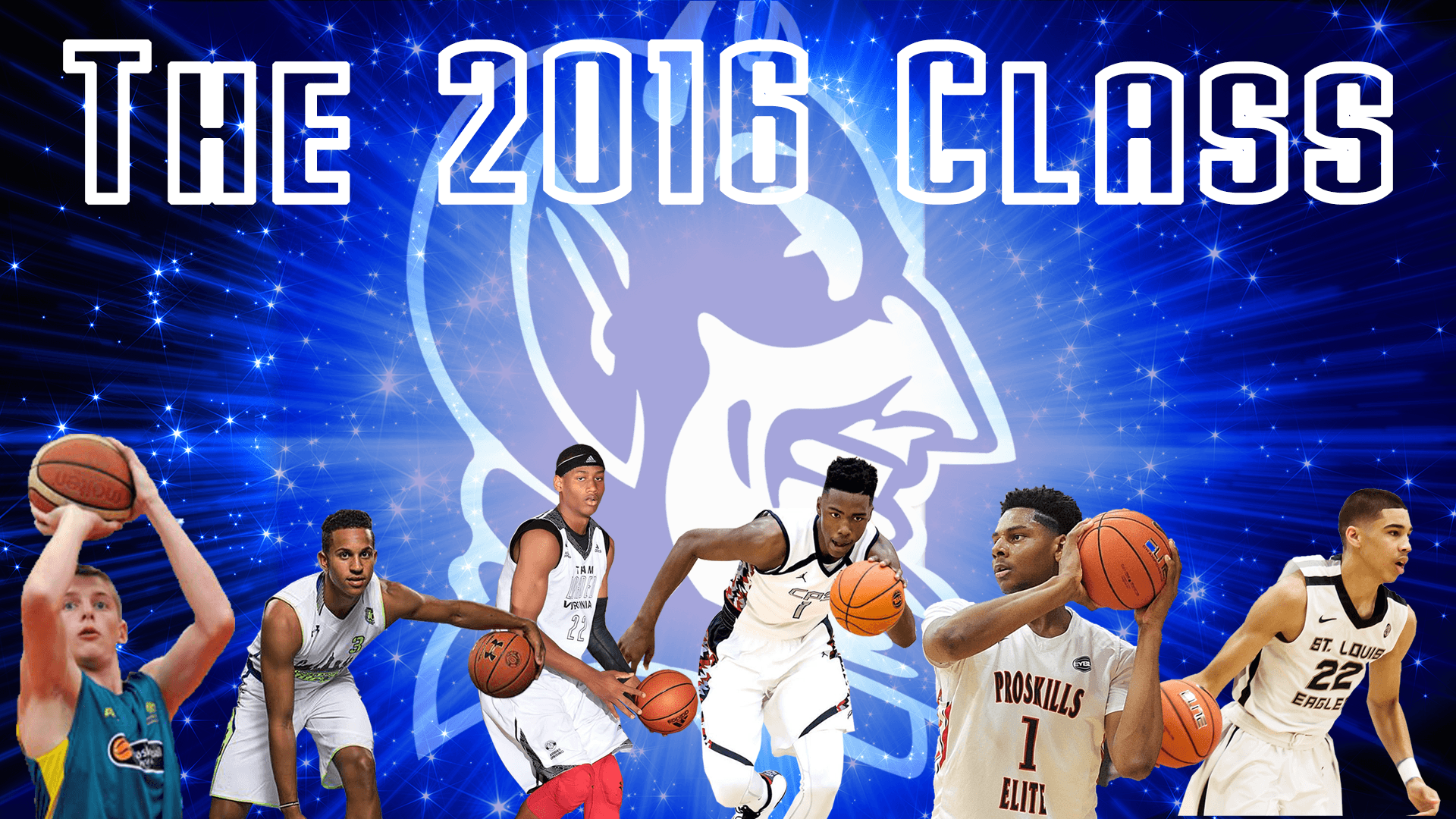 As Requested the NEW Dukeblogger HYPE Video for Duke Basketball

Like most college and pro sports the end of games does not mean the end of activity. The term off-season has become antiquated in sports because as we all know as soon as the last second ticks off the clock the preparation for the next season begins – in all honesty it’s going on throughout the season but it becomes the full priority after the last game. For players it becomes a time to mentally prepare for the season ahead  in terms of healing, resting, figuring out next moves and what will make the next campaign a more successful one. For coaches it’s hitting the recruiting trail, its trying to hold together the core of your team and fill spots in a way that you account for the previous years deficit or make up for players that either graduate, transfer or leave early.

The coaching staff at Duke knew ahead of time they would be losing star Brandon Ingram after his freshman season. With Ingram it was sort of an, “If all goes well, we won’t see you next year” – not in a negative way as it would mean that he lived up to expectations and was assured a very high place in the NBA Draft, “check”. The Devils also knew that Marshall Plumlee, a huge part of this years success, would exhaust his eligibility. What was unexpected this year was the transfer of freshman point guard Derryck Thornton – a player who, in terms of minutes and number of starts could be called a starter but whom chose to go elsewhere as a sophomore. His reasoning for the move could be called suspect but it was his decision to make and while I doubt it’s a net gain for either party, it’s how the cookie crumbles sometimes. Duke would fill these spots and add other missing pieces in its current recruiting class.

The point guard position could be filled by committee, but likely will be handled by incoming dynamic athlete Frank Jackson out of Utah. Listed as a combo guard Jackson’s size is more suited to play the point which he does have some experience with and getting to Durham early (May) will be key for Jackson to become acclimated with his role and with college life in general – something Thornton was not afforded this past year. Duke will also lean on veterans Matt Jones, Grayson Allen and sophmore Luke Kennard to share in some of the play-making duties – neither is an optimal choice but in a pinch they are indeed options at the point.

Duke has also addressed the need for a small forward after Ingram’s departure. Ingram was mostly used as a guard/forward hybrid but really played positionless in the Duke system to take advantage of match-ups his unique skillset and size created. Jayson Tatum will take that spot. He is not the same type of player Ingram is but his mid-range game, ability to drive and finish at the rim and his instincts for the game will be a very nice fit in Ingram’s absence. Duke has also inked Aussie Jack White who is a little beefier than the slender Tatum but it’s too early to tell whether White will be there for depth behind Tatum or a project player to prepare for the next season. Coach K mentioned when announcing his signing that White, “combines toughness and physicality with the ability to shoot the ball from the perimeter.”

The front court of Duke has been bolstered extensively for the coming season. With the injury to Amile Jefferson around Christmas of last year Duke was at a huge disadvantage against most teams they played. Losing a captain, double-double machine and a vocal leader whom you could plugin into multiple places severely limited the ceiling for Duke this past season. Luckily for the upcoming season a medical red-shirt will have Amile back for a 5th year and a level of experience that this team will sorely need.

The signing of Harry Giles, who is coming off of a second ACL injury, was a huge pickup for Duke. Giles was the consensus number 1 player before his injury and is working his way back to being on the court and with Amile being in the fold Duke can bring the freshman along at a pace that protects him from coming back too early and risking further injury. Duke also inked Virginia forward Javin DeLaurier, who is a rankings riser over the past year and gives Duke a high motor rebounder who can step out and make a mid-range jumper if he’s afforded that shot. He may be the most underrated player in the class but the 6’9 power forward had offers from Notre Dame and other high major schools before choosing Duke.

The final piece to the puzzle for this years class is Marques Bolden, the top center in the class, who chose Duke over Kentucky and TCU. The departure of Derryck Thornton opened up a scholarship for the 6’11 center and Duke, who had been in his ear for months, was able to convince the most coveted player left in the class to bring his talents to Cameron. In a recruitment battle that went on for weeks and weeks after most thought it would be over, Duke edged out the Wildcats for Marques. Duke will also have sophomore Chase Jeter who after a rough start to his freshman campaign started to put together good, productive minutes near the end of the season in the center spot.

Duke should have adequate depth this season and even more importantly they should be able to practice in earnest for the first time in a number of years. It’s very underrated to be able to have high level practices where your players are being pushed and made better by strong competition. These competitive practices will absolutely pay dividends on the court and this Duke team, come the start of the season should be hungry.