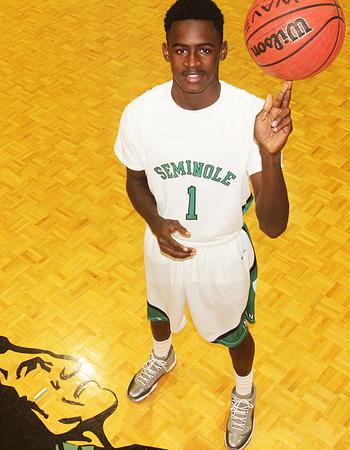 Rising junior Jordan Harris has been making waves around the summer circuit for his high-flying athleticism and size and the guard spot. Duke has shown interest in the 6’4 combo guard and a lot of other heavy hitters have as well with UCONN, FSU & TN having recently offered Jordan. I was able to catch up with the class of 2016 guard on the heels of another highlight dunk making the rounds on youtube.

A telling quote from the class of 2016 Georgia native about his game:

“I have a close-knitted circle and was raised to succeed without the need to boast. I have pride and confidence and have never felt the need to talk big…anybody can talk about what they can do or what you can’t do, well I like to show everyone what I can do”.

First off Jordan, congrats on the UCONN offer that’s big time, must have been pretty cool to get that offer?

It was an honor so yeah it was cool

I’ve seen reports of you being 6’4 and 6’5 how tall are you officially and if you keep growing do you think you’ll keep playing the guard position or switch to small forward?

Do you see yourself more of a shooting guard or a combo guard? 100%

What do you think are the strengths of your game?

Clearly you are known for your athleticism, are there parts of your game you want to improve on before getting to the next level?

Athleticism was something I just got , I always had skills but I want to work on being consistent

What do you look for in terms of style of play when looking at a fit for you in college?

What schools are coming at you the hardest so far?

Does being a left-hander give you a bit of an edge on someone defending you?

Is there a player in college or the pros that you emulate or pattern your game after?

If I was to put on your headphones what music would be playing most often?

Thank you so much for your time and I look forward to seeing big things in the near future. Everyone follow Jordan on twitter @HoopStar_2016 and peep his mix tape below.