By Randy DunsonDecember 26, 2014No Comments 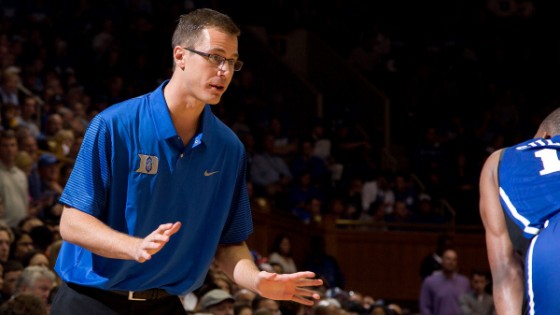 DURHAM, N.C. – After closing his college playing career in 2010 with a national championship, assistant coach Jon Scheyer returned to Durham to serve as a member of the Blue Devil coaching staff. Just four years removed from his own time playing at Duke, Scheyer infuses an added energy to the staff.

Scheyer shares his excitement in working with the players on the team this season, while also reflecting on the challenges and satisfaction that accompanies coaching. Head coach Mike Krzyzewski and assistant coach Nate James join the conversation. Krzyzewski praises Scheyer for his ability to teach the game and relate with this year’s team, while James discusses Scheyer’s former playing experience and how that helps the squad achieve success.

Associate head coach Jeff Capel adds to the conversation, commending Scheyer for preparing the team this season while he and Krzyzewski helped guide USA Basketball to a gold medal at the 2014 FIBA World Cup.