By Brian HoraceDecember 15, 2014No Comments

Not too surprisingly Duke came out completely rusty and flat versus Elon but managed to get the win 75-62. Duke was sloppy in all phases of the game, turning the ball over 17 times, shooting under 20% from 3 point range and only 52% from the foul line.

Duke did get a herculean and record-setting performance from freshmen Jahlil Okafor (playing on his 19th birthday) who scored 25 points and pulled down 20 rebounds. Jahli Okafor had the Blue Devils’ first 20-rebound game since Elton Brand in 1998. Okafor was brilliant in the post for Duke scoring off his patented spin move, his Duncan-esque bank shot and power dunks. The only stat lacking for the Duke big man was his free throw shooting which was a lackluster 5 of 11. Okafor also had 3 blocks and 2 steals. Duke also got 13 from Amile Jefferson and 12 from Justise Winslow. Duke got good minutes from Rasheed Sulaimon off the bench, Sheed would score 11 points for the Devils and also dish 3 assists. Sulaimon also had 3 steals in his 26 minutes of play. Freshman Tyus Jones would dish 4 assist but also had 4 turnovers in the game. Senior Quinn Cook would also have 4 assists and 7 points on 3 of 9 shooting.

Duke defensively did force 19 turnovers but allowed Elon to shoot 55.6% in the second half. Clearly perturbed by his teams play Coach K was seen exhorting and urging his team to break out of the rust and funk but Duke could only muster it in short spurts. Duke was routinely beaten down the court in transition and gave up too many easy shots at the rim. 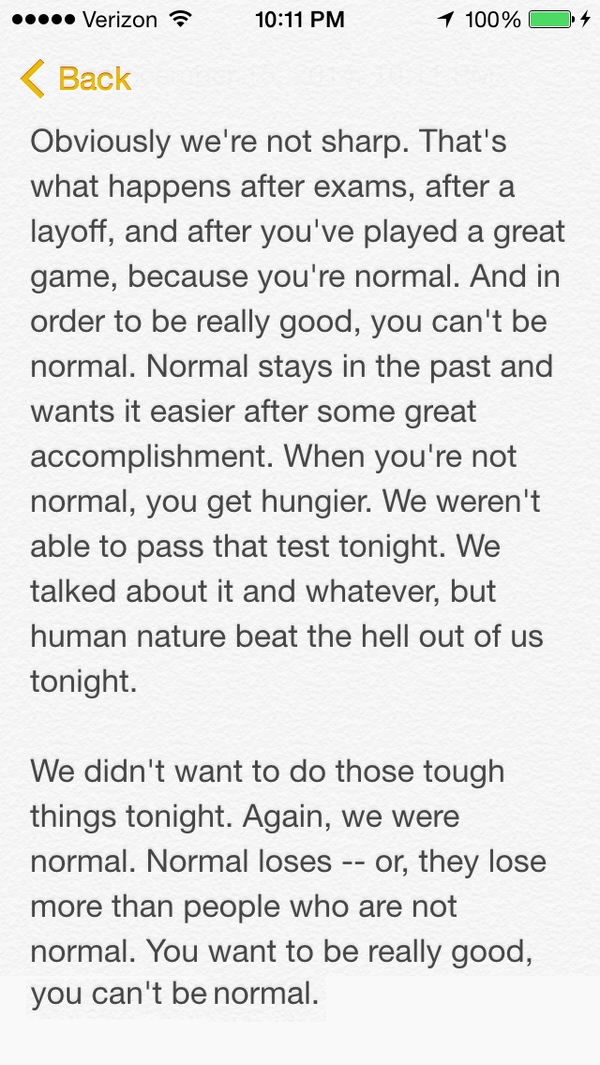 “I’m not satisfied with the way we played. That comes from the layoff, Elon playing hard, people telling us how good we are.” Coach K

Duke will have 3 days to whip themselves into shape before they have to play a hungry UCONN in East Rutherford, NJ. 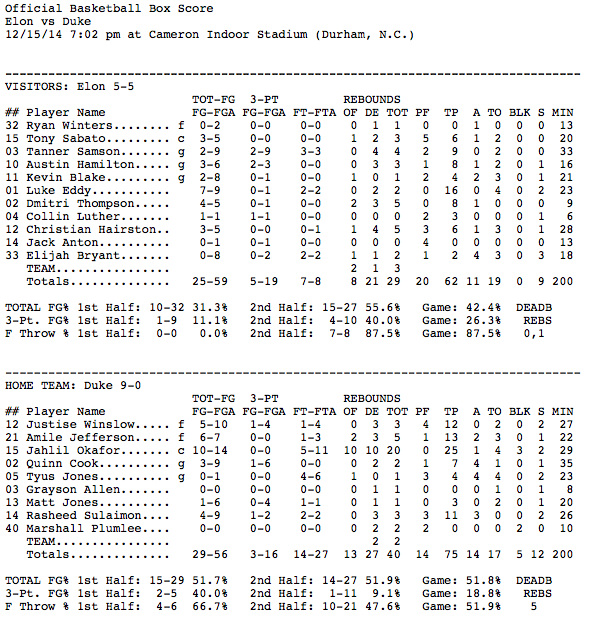