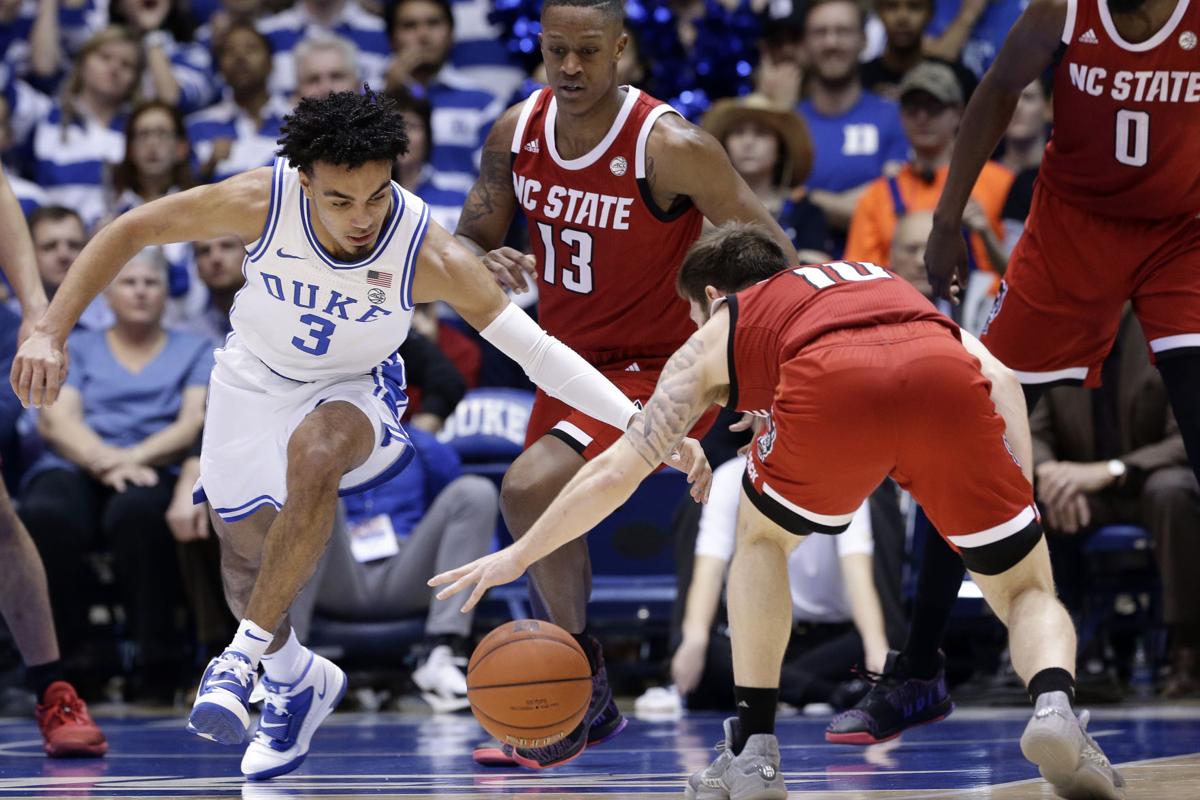 By Brian HoraceMarch 3, 2020No Comments

Facing NC State was a huge test for both the mental state of this Duke team as well as just trying to right the ship in terms of post season play. Duke did not look good right off the bat and NC State seems to pick up where they left off in the first game, shredding the Duke defense and building an 8 point lead with 10:05 left in the first half.  The Wolfpack, offensively, just couldn’t be stopped in the paint by this Blue Devil team and Duke compounded the issue once again with turnovers. Duke had 9 in the first half. Starting an unconventional lineup that included Javin DeLaurier and Joey Baker (neither of which played over 6 minutes for the game) Duke was going to try something difference. That experiment didn’t last long. Recognizing a need for a change defensively to stem the tide of the Wolfpack offense and to get some runout for an offense that feeds off of turnovers and getting out on the break – Duke moved to a 2-3 zone.  The zone seemed to energize the team and at the same time cause the Wolfpack to have to adjust rather than settle into their standard offense.  The Blue Devils in that first half went from down 8 to up 2 at the break on the strength of big halves from the NOT-usual suspects. Justin Robinson, who had provided a spark the last few games, came in and lead the Blue Devils in scoring in that first half with 8 points on 3-3 shooting including 2-2 from 3 point range. The Blue Devils also got 7 points from junior guard Jordan Goldwire who was 3-4 from the field.

Despite being outscored in the paint in that first half 22-14 and a 10-4 advantage in points off of turnovers for the Wolfpack Duke eked out a2 point lead. Duke had a 26 to 14 edge in rebounding which led to a 7-0 advantage in second chance points.

For the Wolfpack, CJ Bryce, Devon Daniels and Jericole Hellems each added 14 points each. Markell Johnson and DJ Funderburk added 11 each.

Some would say that Duke coming home to Cameron to face NC State, a team that blew the doors off this Duke team in Raleigh, was a must win… In some ways it was. Backing into the post season is never what a team wants to do, especially a young team and Duke had lost 3 out of their last 4 and went from possibly being a 1 seed in the ACCT to, well, we shall see. The effects on the NCAAT went from an outside shot at being a 1 seed to hoping they can hang on for a 3 seed.  I try not to really think about seeding but for some it’s interesting. I’m more interested in the psyche of the team and those losses loom large not just in terms of standings but in terms of how this team feels about itself.  You can coach a young team til the cows come home and until they know the material forward and backward but emotion, tone and where their heads are at play a huge part of how they perform.