By Brian HoraceMay 9, 2016No Comments 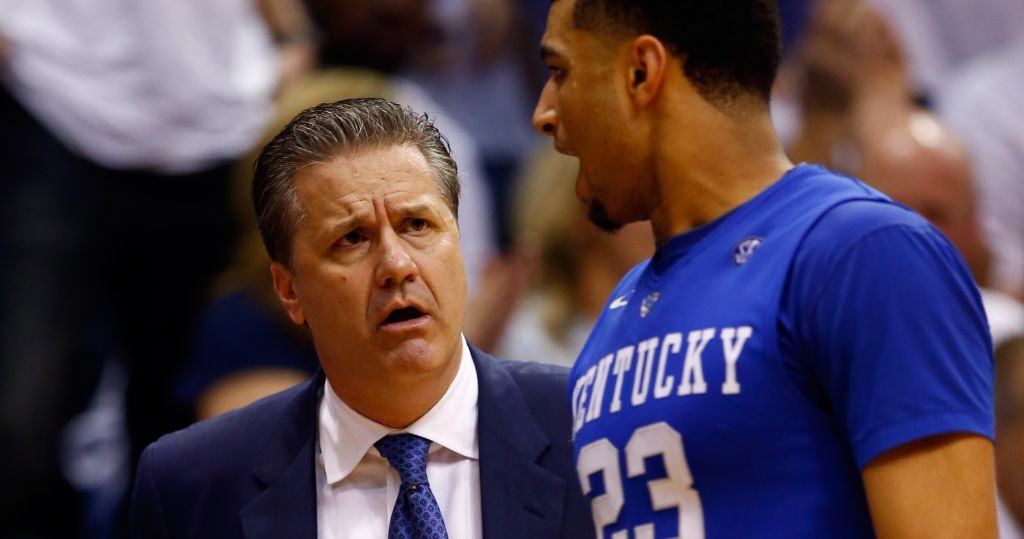 It’s kinda cool not being a member of the media but still having a small following of friends who dig what I do. It affords me the luxury of freedom that legitimate members of the media do not possess. I do not have to answer to anyone but myself, I cannot be fired from my own site. Hell, I may be the only person that reads this, and if that’s the case then so be it. Venting is cathartic even in a vacuum. I don’t expect Duke to clap back at John Calipari so allow me to retort…

It’s fair to say I’ve never liked John Calipari, like ever. I would say most of it stems from just knowing people like him – I’ve always been the type of person who reads quite well between the lines. I don’t have many talents but the ability to size someone up rather quickly based on their words and actions is well within my skill set. I’m not going to go into what I know and what I do not know about how he recruits. I will simply go into what is out there for public consumption. Everyone knows there is a bit of a recruiting battle between Kentucky and Duke over 5 star center prospect Marques Bolden. Kentucky will very likely land the 6’10 Bolden and that’s perfectly OK as neither team will suffer from a lack of talent. Securing a commitment from Bolden by either team assures that team of landing the number one recruiting class – for some reason that is a coveted title to have. I’ve never really cared as a fan about the number or recruits or the ranking, but rather what needs were filled, but as with most things Calipari it’s all about marketing: if you can market yourself as always having the number one recruiting class then it becomes a recruiting tool. I don’t see anything wrong with that honestly, it’s a smart play, but this latest cycle of recruiting has seemed to take a personal turn with the Kentucky coach throwing subtle and not so subtle jabs at Coach Mike Krzyzewski. First it was a sweaty Cal working out and showing how fit and ready he is and mentioning how long we would coach (apparently to raise concerns about the health of Coach K and his waning years left in coaching), then the latest barb because a recruit mentioned that Kentucky’s only selling point to him was the NBA thing and that Duke offers more in terms of a family atmosphere and an alumni brotherhood and a much more highly regarded educational reputation. Well I would say to Calipari, you talked to this same recruit, you had every opportunity to mention the glorious academic achievements of Kentucky. Not sure if you mentioned your first Kentucky squad and the woeful academic performance and how the President of the university was disappointed in the output. I give credit as it has not been a problem since but honestly we all know it never should have been.

I would say if John Calipari is as great a coach and player advocate as he claims to be, why do you feel the need to sink to a level of shade-throwing that a common homer fan would? It speaks volumes. It’s all about the player, but only if Cal can frame the story. When it suits him and his reputation, sure, it’s all about the player. When he was in a rush to make it known to the press that Patrick Patterson was forgoing his eligibility to enter the draft before his mother (Tywanna Patterson) even knew and then not return her call, was that all about the player? Or was that about making sure the incoming class felt secure about their positions? Perhaps John Calipari wasn’t very secure about his own.

As a coach, if you can’t be above the petty fray, what does that say about you? What does it say that you allow your baser instincts be it jealousy, anger, or what have you to take over? In Duke’s championship year, when Kentucky was beaten by West Virginia ending what could have been a Duke vs Kentucky matchup, the excuse was used that his team was looking ahead. Who says that? If that is the case, what does it say about you as a coach? Or maybe it was in your grab bag of excuses. Perhaps it was the only way you could frame a defeat so that you still looked like the better team, the better coach.

I keep hearing the term, “It’s all about the player,” was it all about the player when 6 players moved on after Calipari showed up in UK or better yet asked to move on? Of course we know that scholarships are one year contracts, but you would expect or at least hope as a coach and a human being you would honor those players that were there prior to your arrival. It was all about Calipari, all about winning. Here’s a quote directly from one of those players that moved on: “It hurt because I feel like I abided by the rules. I did everything I was supposed to do. I went to class every day. I didn’t fail any tests. For following my part of the contract, they should follow theirs.” Hmmmm.

It’s clear that Calipari has seen a lot of players come through and get drafted, had a lot of number 1 recruiting classes, and he’s won a lot of games, not championships but nonetheless a lot of games. It makes one wonder why the pettiness? Why the thirst?