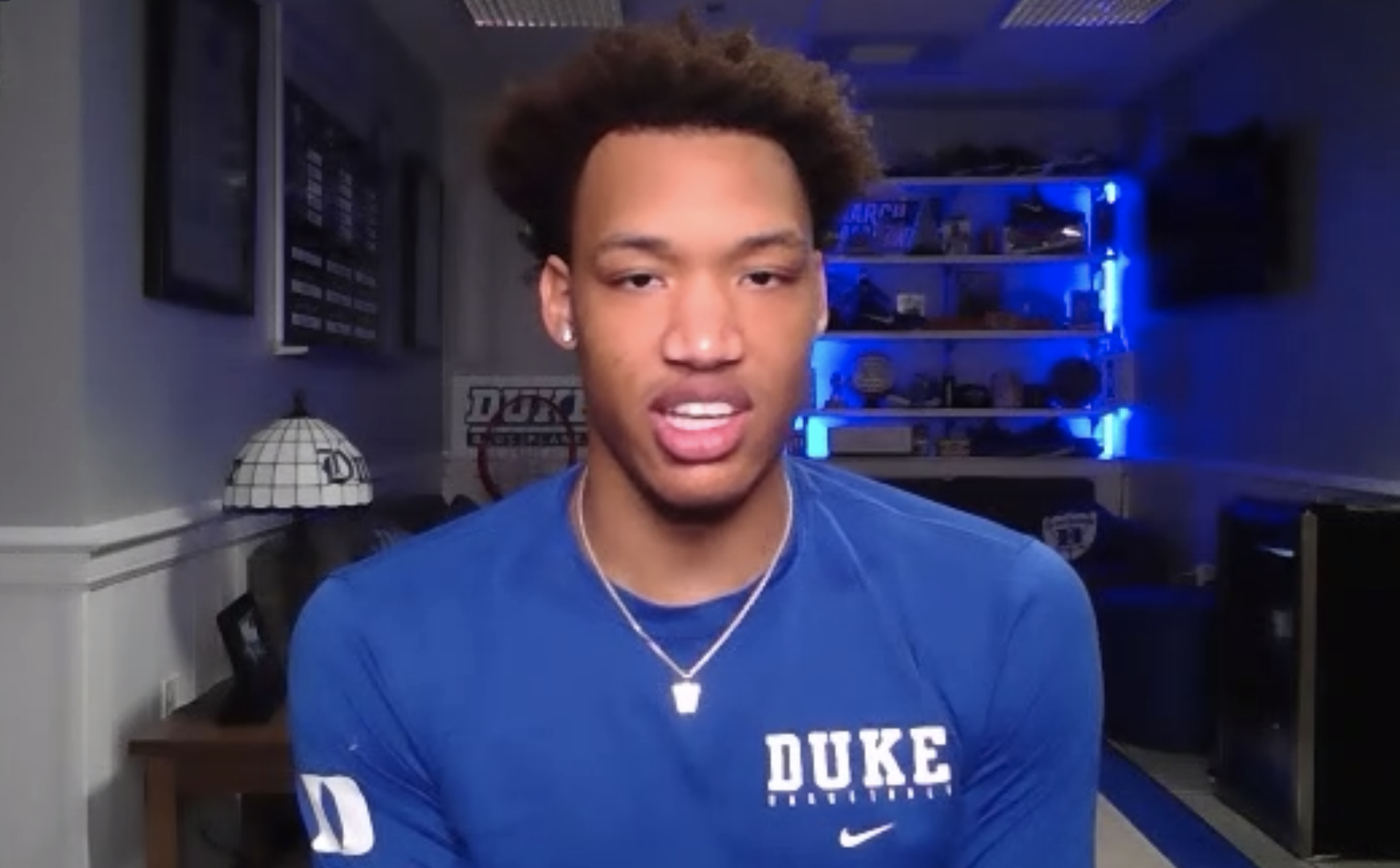 By Brian HoraceDecember 31, 2020No Comments

On his slow start to the 2020 season and what he’s doing to correct it:

The season hasn’t gotten off to the start I would have wanted personally. But for me, just keep fighting through that adversity. I mean all of our players hit a wall at some point in their career and this happens to be my wall I’ll just find a way to get over it – doing whatever it takes. Im really not focussed on, I’m just focussed on what I can do to just help lead our team better.

On what he sees are the struggles he’s having on the court and if he’s dealt with anything like this before:

It’s just one of those times, I mean it feels like every shot I take just doesn’t go in, I feel like I’m really letting the game move faster than me right now. So like I said I’m just doing whatever I can to help our team better, win games, lead the younger guys on the floor and my game will come back around.

I’d say personally this is one of the first time Ive dealt with this big of an adversity besides my injury. This is the time that we’re all fighting through together and I know my teammates have my back. They still believe in me and I’m doing everything I can to make them proud.

On how dealing with stops and starts to the season has effected the team mentally?

It hurts every time, really just snatching that rug from underneath us. I mean we’ve been preparing. Like the Pitt game we prepared 2 to 3 days before getting ready for the game, after our last practice before game prep kind of finding out we weren’t gonna play, it stings every time. It really never gets any easier. All we can do is just move forward and look forward to the games we will have.

On the Duke Women’s team opting out of the season and if the Men’s team has discussed it:

I can say for us we haven’t really talked about it much. That was a decision that they made as a team, they felt it was a decision what was best for them. We stand behind them 100%, we support our girls team. It’s a hard time so they had to make a tough decision to better their program. I haven’t talked to anyone personally about their decision but we all support it 100% though.

On if Jalen Johnson has been back at practice:

On the benefits of the mental health break:

I definitely see some benefits from the break, it was not only a mental health break, as Coach likes to call it, for us but it also gave us time to for rest, we’ve been here since August 2, practicing every day, getting ready for every game. Sometimes it’s nice to just get a couple of days to ourselves. I think coach made that a really big point that he just wanted us to get time away and get our bodies and minds rested for the rest of the season we have coming up.

On people saying that Coach K was trying to duck out of playing games:

Me personally, knowing coach the past few years, he’s definitely one of the most fired up guys when it comes to playing games I think sometimes he wants it more than some of the guys do, really, he’s that much into it so for somebody to say he doesn’t want to play anybody else, I don’t think that was right at all. Thats really one of the last thing people would say about coach.

On the improvements made in the Notre Dame game and what they’ve worked on recently:

I’d say our preparation was really good for that game. Coach Carrawell came in with a great scout on their offense and defense. The main focus for us recently has been our half-court offense and our execution we want to do things to make it a lot better: keeping the turnovers down; take better shots; get teammates open. For us that’s been a big focus and I think we’ve been improving on it greatly

If coach allows me to get that matchup (Scottie Barnes) then I’m definitely going to prepare for that. We’ve already been preparing for them as a team, we know their scout we’ve been going over it the past couple of days. Really just preparing in our own way for any type of game. I think the team will be ready. The teams been getting better ever since we got back, getting back into shape. Just going over everything we need to go into that game. We know that Florida State is a physical team they like to switch 1 through 5, they’re all the same size and I mean for us we know it going to be a fight going into it so we’re gonna be ready.

On how he spent his break at home:

For me at home it was more about spending time with my family, we did a lot of things together. We stayed in the house, just hung out a lot. When I was able to get in the gym I just got a chance to make a lot of shots, to see the ball go through the rim. I can work as much as I want but at the end of the day its all about the ball going in the rim and for me just seeing that ball go through the rim a couple of times that kind of gave me back the confidence I felt like I was missing before.

On if this break was the first time he’s gotten to spend time with family:

On if he’s concerned at playing a Florida State team that’s played a lot more games than Duke:

I think our main concern is ourselves, really just going into it refreshed. And I feel like our team is refreshed. We’re getting our wind back and really we’re just working every day to get better prepared for that game.

On if anyone who’s impressed him coming back from the break:

If I had to choose someone I think I’d have to choose Henry because he’s kind of going through, I don’t want to say a total position change, but we’re using him a lot on the perimeter now. He’s been really effective there. What he brings to the perimeter is definitely something different: a big body, a great defender, a great rebounder, he finished great around the rim so I think that adds to our team.