A Conversation about Jack White

By Brian HoraceNovember 16, 2018No Comments 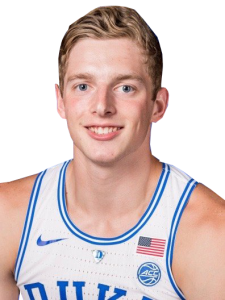 It’s easy to see why, in recent years, the Duke Blue Devils have not been seen as a team of depth, or a team that develops players. With a plethora of one-and-done talent entering Duke and leaving Duke with only a season under their collective belts it’s a valid argument to make. Most certainly Duke, under Coach K has had more than their fair share of transfers and it’s very easy to point to the staff and say well they didn’t give or do what was promised…or perhaps some players are humbled quickly in the environment surrounding Duke. Some aren’t ready to wait their turn or put in the time it takes to earn that turn.

Some players just need time and are willing to stick it out. Jack White, A player that came into Duke without the fanfare of a one-and-done player, has waited his turn. A relative unknown in the high school recruiting world, White entered Duke with the likes of Jayson Tatum, Harry Giles, Frank Jackson, Javin DeLaurier and Marques Bolden. White was a relative afterthought.

In his junior year so far, White has proved doubters wrong. White has managed to show improvement in his game each season. Slowly but surely White has worked himself into a rotation that includes 4 freshman and 2 junior bigs. White, more often than not, has been the first man off the bench for Coach K this season – drawing praise from his Coach in each game this year.

Granted the season is still young but White is clearly earning his stripes, doing the grunt work of a role player but making the most of his opportunities on the offensive end. Having played with and against lottery picks for his entire Duke tenure he’s developing into a dependable 6th man who provides Duke with a steadying presence. The beauty of a player like White is that he can be plugged into this Duke lineup as a perimeter player, a big or a stretch 4. Against Kentucky, White pulled down 11 rebounds against a much bigger Kentucky team, he also added 3 assists and 9 points. Against Army, White hit 2 big 3 point shots and added 4 rebounds, 2 assists, a blocked shot and a steal and against Eastern Michigan he hit 2-5 from beyond the arc and added 6 rebounds and 4 blocked shots. While his numbers are not going to make anyone jump out of their seats, White is quietly building off of the flashes he’s shown over the past 2 years – already scoring 21 points in 3 games this season nearly equaling his totals of the past 2 seasons.

Jack White is proving that his time waiting in the wings at Duke was well worth it and if this Duke team, a team filled with promise and potential, is going to make waves in the NCAA tournament he will be a huge part of that story.