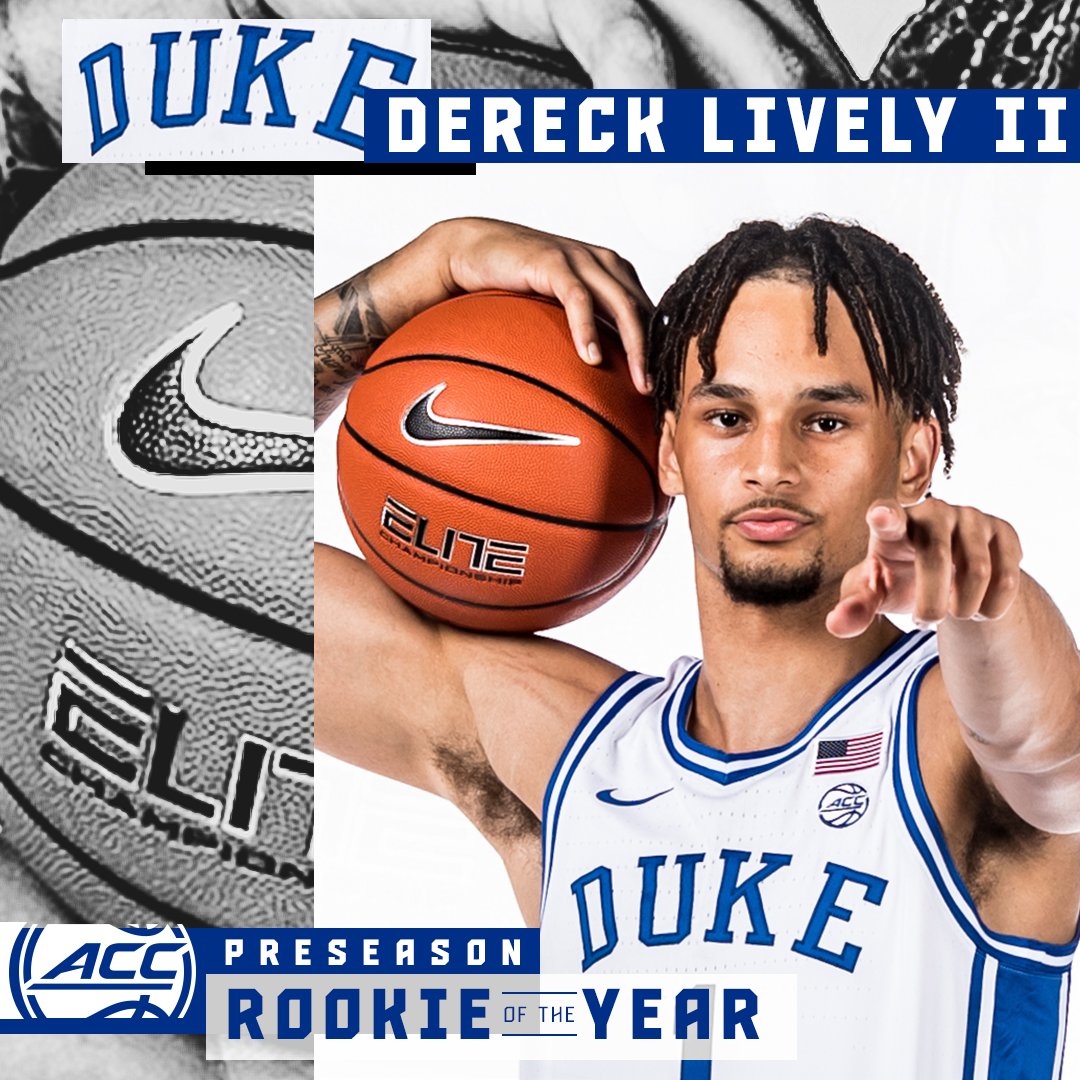 By Brian HoraceOctober 18, 2022No Comments

North Carolina was voted the preseason favorite to win the 2022-23 Atlantic Coast Conference Men’s Basketball Championship, following a vote of media members at the 2022 ACC Tipoff. Also ranked No. 1 nationally in the preseason Associated Press poll, the Tar Heels are the preseason ACC favorites for the first time since the 2015-16 season.

In addition, the media voters selected North Carolina’s Armando Bacot as the ACC Preseason Player of the Year, while Duke’s Dereck Lively II received the nod as ACC Preseason Rookie of the Year.

A first-team All-ACC honoree last season, Bacot led North Carolina in scoring (16.3), rebounding (13.1), field goal percentage (.569) and blocked shots (65) in 2021-22, becoming the first Tar Heel ever to lead the team in those categories in consecutive seasons. The 6-11 senior forward/center from Richmond, Virginia, was the first player in college basketball history to record six double-doubles in one NCAA Tournament, as he led UNC on a run to the national championship game. Bacot earned All-NCAA Tournament honors in both the Final Four and East Regional, where he was also the Most Outstanding Player. He is averaging 13.0 points and 10.0 rebounds in 100 career games and has 1,300 points, 1,001 rebounds and 127 blocks in three seasons.

A 7-1 center from Philadelphia, Lively II was a five-star recruit who was rated as the No. 1 overall player in ESPN 100’s rankings for the class of 2022. He also was ranked No. 1 at his position and No. 1 in the state of Pennsylvania by ESPN. Lively II played for Team Final on the Nike EYBL circuit during the summer of 2021, helping them to a Peach Jam title and leading the EYBL with 3.7 blocked shots per game in 15 contests while adding 8.4 points and 6.7 rebounds per game.

All 15 league members own 1,000 or more all-time wins, including eight schools with 1,500 or more victories. Four of the top eight and six of the top 30 winningest programs in NCAA Division I basketball history currently reside in the ACC.