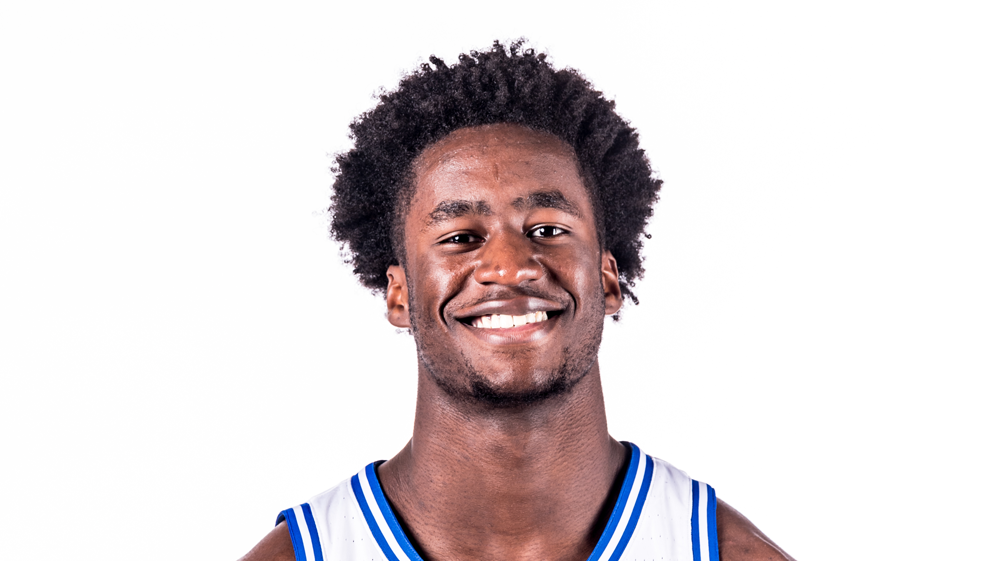 By Brian HoraceFebruary 7, 2022No Comments

Duke freshman AJ Griffin has been named the ACC Freshman of the Week after helping lead the Blue Devils to a pair of road conference wins.

Griffin averaged 20.0 points on .607 field goal shooting and .500 three-point efficiency with 6.5 rebounds in victories at Notre Dame on Monday night and at North Carolina on Saturday. He turned in one of the most memorable debuts in the history of the Duke-North Carolina rivalry, netting a career-high 27 points on 11-of-17 shooting in the Blue Devils’ 87-67 win at the Smith Center. It marked the fourth highest scoring output by a Duke freshman in their first career game against UNC. Ten of his 27 points came to open the second half as he single-handedly keyed a 10-0 run to stretch the lead from 39-28 to 49-28.

In Monday’s 57-43 win at Notre Dame, Griffin was Duke’s second leading scorer with 13 points on 6-of-11 from the field and 1-of-2 from three-point range, while pulling down a career-high nine rebounds.

The Ossining, N.Y., native has become one of the nation’s premier shooters over the last 14 games, as he is hitting at a .558 clip from the floor and .526 from behind the arc in that stretch. He is the only power conference player – and one of just nine players nationally – shooting at least .500 from three-point range on a minimum of 50 attempts.

The honor is Griffin’s second ACC Freshman of the Week recognition this season (Nov. 22). He follows up a three-week run by classmate Paolo Banchero, who received the award Jan. 17-31. Along with Banchero’s previous three (Nov. 15, Nov. 29, Dec. 27) and Trevor Keels on Dec. 20, the Blue Devils have had nine ACC Freshman of the Week nods in 13 weeks this season. Over the last nine-plus seasons (since the start of 2013-14), Duke has boasted the ACC Rookie of the Week in 73 of a possible 149 weeks. Twenty-one different Blue Devils have won the award at least once in that time.