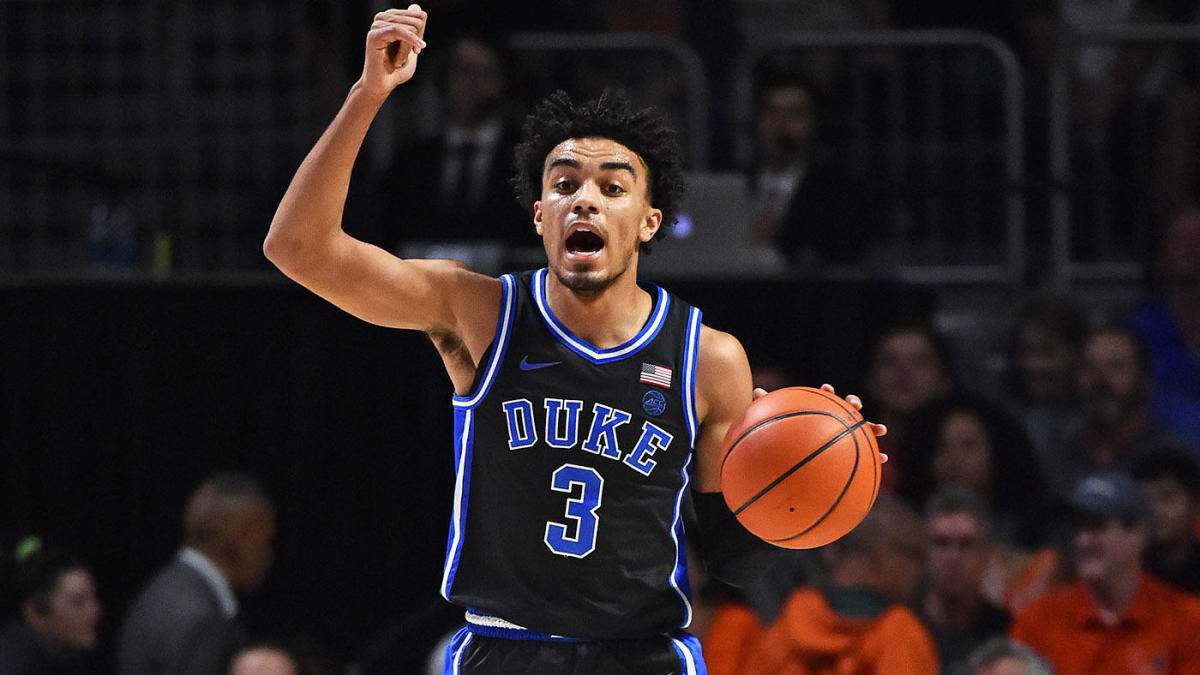 By Brian HoraceJanuary 15, 2020No Comments

I don’t think anyone had any illusions of an undefeated ACC season for the Duke Blue Devils and with the natural progression of teams coupled with a sudden lack of depth for Duke due to injury – trouble was a’brewin. Last night Duke ran into a Clemson team who played with passion, purpose and poise. The Tigers, fresh off of ending their 59 game losing streak in Chapel Hill, took the fight to Duke from the opening tip and never really looked back. The Tigers won the game 79-72 but it felt the entire game that the road team was down 20. Playing already with a shorthanded lineup, absent Wendell Moore (hand) and Joey Baker (ankle) the Blue Devils knew it would be a tough task and the Blue Devils did not help themselves out with how they played. The first half was a comedy of errors for the Blue Devils with the Tigers looking more like the 15-1 team and Duke looking more like the 8-7 team. The Blue Devils not only turned the ball over 9 times in the first half, they also missed several layups and chip shots at the rim, even ending the half on a missed wide open layup at the buzzer. Clemson made good use of their extra possessions and shot a blistering 58% for that first half, 55% from beyond the arc. Duke had no answer for the Tigers game plan which forced the Duke big men to play on the perimeter and opened the lane for Clemson to attack. Not only did the plan work to near perfection it got several key Duke players in foul trouble.

The second half saw the Blue Devils respond, pressing the Tigers into turnovers that allowed Duke to crawl back and eventually take the lead. The Tigers eventually solved the Duke press and turned it into several opportunity for open threes which they cashed in on. Clemson battled back to regain the lead after losing it and the Blue Devils had nothing left in the tank.

Aamir Simms scored a game high 25 points for the Tigers and Tevin Mack added 22. For the Blue Devils Vernon Carey Jr scored 20 points and had 7 rebounds in the loss, Tre Jones added 17, 4 assists and 3 turnovers. Cassius Stanley added 14 points as well. The Blue Devils had more turnovers than assists 15 to 13 and were out rebounded 35-27 by the Tigers.

Opening Statement: “Clemson played a great game and have been playing so well. To beat NC State and win at North Carolina we knew that Brad [Brownell] team’s always play outstanding defense. Good tough, kids, good players and it’s tough to score against them — and they were that tonight. We knew coming into the game that the four and the five were the positions we had to defend. In our last game we didn’t do a good job at the four and the five and we didn’t do a good job tonight. [Aamir] Simms and [Tevin] Mack were terrific and it’s a different offense to defend, but Simms was spectacular tonight and how he controlled the game. We got knocked back right away. Our kids have to understand how hard it is to win and we’ve been winning, but when you’re in conference, people are hungry, and if you win a lot sometimes you’re not as much as the other team. We missed layups and then in the second half we started pressing and that got us a short lead and then we missed free throws that could’ve given us a two possession lead, but I’m not blaming our guys because Vernon had to work so hard for that. Clemson was more deserving of winning tonight. We almost got it in the second half, but overall they played better than we did.”

On Tre Jones, minutes and depth: “You know, he’s done that. Not to bring us back as much as just to lead us. He’s one of the best players in the country. One of the reasons we’ve been good is that we had depth, but we have two kids out right now on the perimeter. I saw it a little bit in the last game and tonight you definitely saw that we are not as good without that depth. That’s basketball, but Tre did a really good job and it’d be nice if we could knock off a few minutes. Up until the last couple games we haven’t had guys in the thirties, but things change and you have to adapt. When you add the number of minutes you can lose some possessions and those are possessions with depth that maybe you win. I’m not sure we would’ve beat them tonight anyways but they played really well. Brad is an outstanding coach and a great guy – they have a heck of a program. To be frank, I am happy for him. When you lose to good guys and a good program, that makes it better.”

On how much of an impact Duke’s foul trouble made on the game: “It definitely had a little impact, but we have a couple guys down already so we still had to play through foul trouble. We just didn’t do what we needed to do to win tonight.”

On how different players need to adapt with freshman Wendell Moore Jr. and sophomore Joey Baker out with injuries: “Like it’s been all year – the next guy has got to step up. Whoever it is, all of us out there tonight needed to do more and so it ends up coming down to all of us.”

On what Clemson was doing offensively that was difficult to guard: “I think it just comes down to us, really. It’s nothing that they did, really. They didn’t do anything special. They weren’t different than any other team [and] they weren’t better than any other teams that we’ve beat. It was on us and we didn’t come to play.”

On how he saw the end of the game play out: “We didn’t see us losing. We tried to do everything we could, we just had a slow start and they were a confident team.”

On if the team was affected by freshman Wendell Moore Jr. and sophomore Joey Baker being out: “It played a part a little bit, but it’s just more on us. They were here in moral support and they tried to do everything they could to help us and they did. It just wasn’t our day today.”

• The freshman duo of Vernon Carey Jr. and Cassius Stanley contributed 10 points each in the first half, marking the sixth game this season Duke had two or more players reach double figures before the break.

• Duke went 27-of-54 (50.0% FG) from the floor, marking the fifth consecutive game it has converted 50 percent of its field goal attempts. The Blue Devils have shot 50 percent or better in 11 games this season.

• The Blue Devils shot 8-of-20 from beyond the arc, marking the 1,076th consecutive game they have made a three-pointer – the third-longest active streak in the nation.

• Freshman Vernon Carey Jr. led the Blue Devils with 20 points on 8-of-13 shooting, giving him his ninth 20-point game of the season. Carey added seven rebounds and two assists.

• Senior Jack White went 3-of-4 from the floor, including 2-of-3 from three-point range, for nine points. White is 5-of-7 on three-pointers over his last three games.

• Despite picking up his fourth foul with just under 17 minutes remaining in the second half, freshman Cassius Stanley recorded his fourth consecutive game in double figures with 14 points on 5-of-8 shooting.

• Duke returns home to host No. 11 Louisville on Saturday, January 18 at Cameron Indoor Stadium at 6 p.m. ET on ESPN.