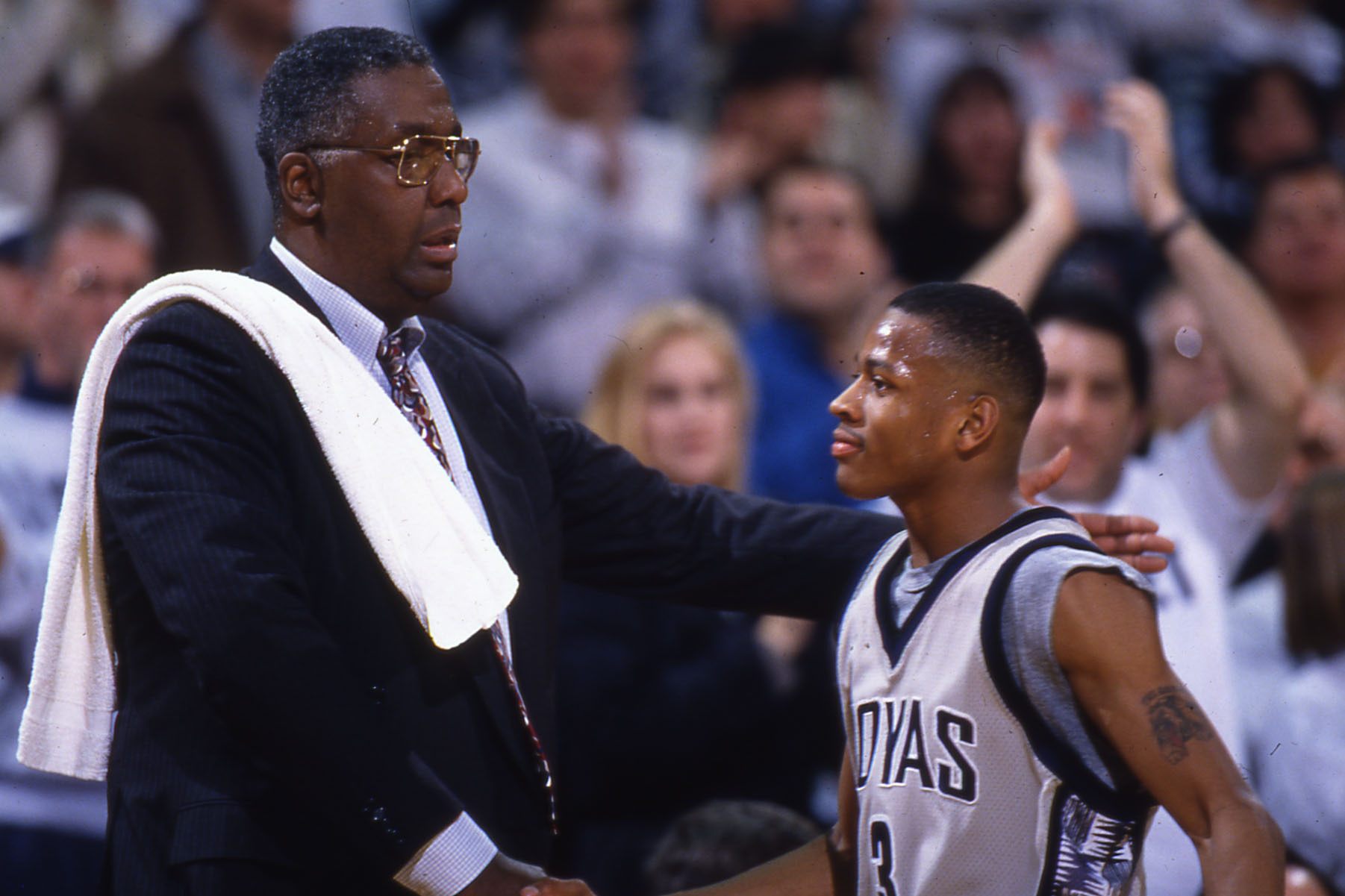 Coach Mike Krzyzewski on the passing of John Thompson Jr.

By Brian HoraceAugust 31, 2020No Comments

We lost a legend in John Thompson the legendary coach of the Georgetown Hoyas passed at age 78. Thompson played college basketball for the Providence Friars and earned honorable mention All-American honors in 1964. He was selected in the third round of the 1964 NBA draft by the Boston Celtics. He played two seasons for the Celtics, who won an NBA championship in both seasons.

Duke University Head Men’s Basketball Coach Mike Krzyzewski on the passing of John Thompson Jr.
“Our hearts are filled with sorrow and pain with the loss of the great John Thompson Jr. No one had a larger impact on college basketball. John built a program at Georgetown that was second to none. He was an incredibly strong person who always put his players first and fought for them at every turn. Repeatedly, I was amazed at his passion for doing what is right, even when unpopular and no one was looking. Given his record of success and dedicated advocacy for college basketball and other social issues, John was a one-of-a-kind leader and an absolute treasure. He was a Hall of Fame coach, an outstanding mentor to so many, and on a more personal level, a great friend. I loved him, admired him, and will miss him dearly.”