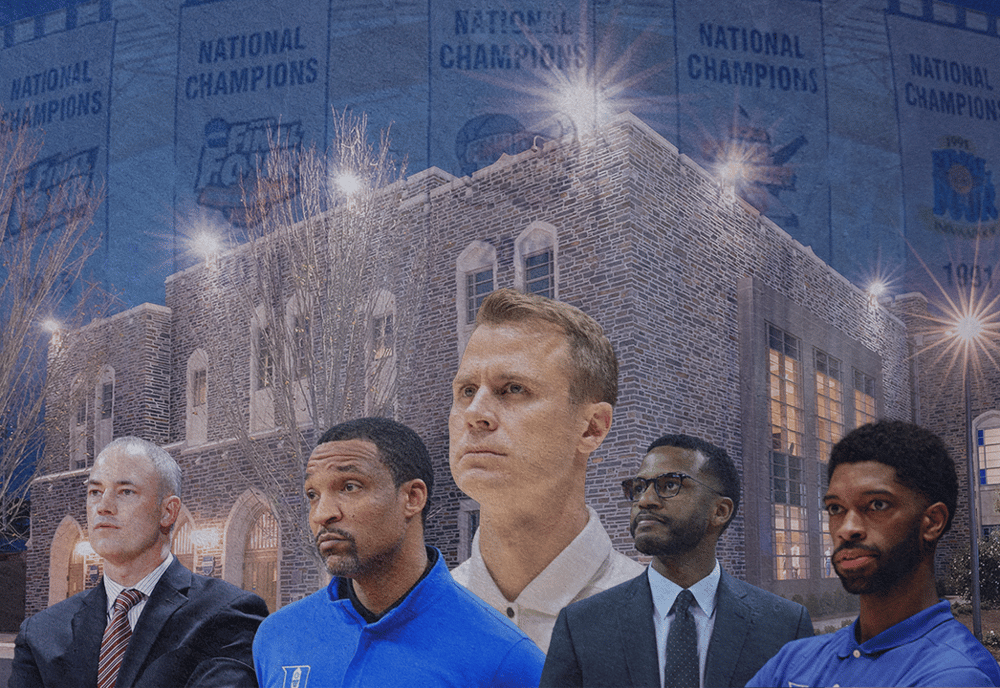 Duke and Arizona announced Monday a two-game home-and-home series in men’s basketball that begins with a showdown at Cameron Indoor Stadium in the 2023-24 season.

The Blue Devils and Wildcats are scheduled to meet in Durham on November 10, 2023, with Duke returning a trip to Tucson the following season on November 21, 2024. Times and TV have yet to be released.

Duke and Arizona are two of the winningest programs in college basketball history with the Blue Devils, led by first-year head coach Jon Scheyer, ranked fourth on the all-time wins lists with 2,246. Duke boasts five national championships, 44 NCAA Tournament appearances and an all-time winning percentage of .711.

Under second-year head coach Tommy Lloyd, Arizona is 11th in all-time wins (1,884), with one national title, 34 NCAA appearances and a .661 all-time winning percentage.

Arizona holds a 5-4 lead in the all-time series, with six of the meetings coming on neutral courts. Each of the last eight games played between the interconference rivals since 1988 have been Top 25 matchups, with six being Top 10 tilts.

The teams last met on November 29, 2013, a 72-66 Wildcats’ victory in the NIT Season Tip-Off at Madison Square Garden. Arizona also defeated Duke on March 24, 2011, in the NCAA West Regional Semifinal in Anaheim, Calif.

Behind double-doubles from Shane Battier and Carlos Boozer, the Blue Devils knocked off the Wildcats, 82-72, in the 2001 National Championship game in Minneapolis for the program’s third, of now five, national titles. Duke also won 95-87 in the Maui Invitational title game in 1997 with the teams ranked No. 3 and No. 1, respectively.

Duke Head Coach Jon Scheyer
“I have tremendous respect for Tommy Lloyd and Arizona. For our team, I’m grateful for what I know will be important early-season tests. For our fans and for college basketball, it will be exciting to see these storied programs over the next two years come together in two of the greatest on-campus venues in the sport.”

Arizona Head Coach Tommy Lloyd
“We felt this was a great opportunity to play two games against an incredible program like Duke. Both programs are national brands with a rich history and have played some memorable games against each other, especially in the NCAA Tournament. But Coach Scheyer and I both felt these games would benefit our programs and be something that our fans would be excited about.”