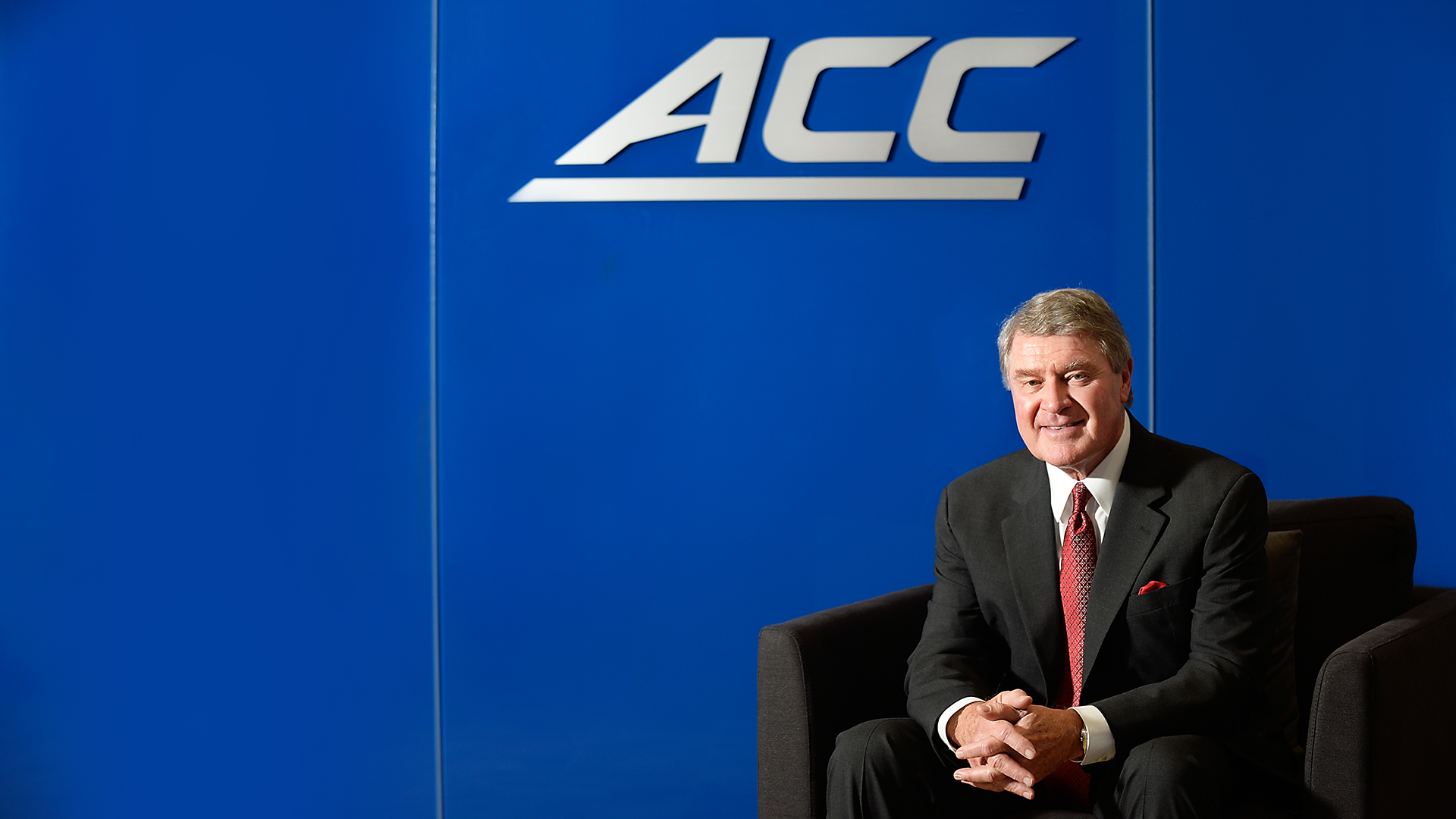 John Swofford is set to retire as ACC commissioner after 2020-21 season.

“To be sure, we are deeply indebted to John and Nora for their exemplary service to the Atlantic Coast Conference membership and every constituent that touches the league. John’s leadership and guidance have been truly astounding and his robust impact on student-athletes over two-plus decades cannot be celebrated enough. He has been a pillar of reason, trust and value while encompassing a contagious passion for unrivaled excellence. Over the course of his storied tenure in the ACC office, John’s steadfast determination and vision have led to countless significant accomplishments and achievements, including membership expansion and the creation of the ACC Network. In short, we have been fortunate to work with one of the finest leaders in the history of college athletics.”
— Kevin White, Vice President & Director of Athletics, Duke University

“Certainly, John Swofford oversaw and successfully navigated the Atlantic Coast Conference through the most dramatic era of change in its storied history. Since 1997, John worked to represent the best interests of all ACC institutions, now up to 15 after the latest round of expansion, in pursuit of making the league the best version of itself. We wish both John and Nora the very best in retirement and thank him for more than two decades of dedicated service as commissioner of the ACC.
— Mike Krzyzewski, Head Men’s Basketball Coach, Duke University

“First off, congratulations to both John and Nora on the retirement announcement. For over 20 years, John has guided the ACC through remarkable transformations with the utmost integrity and respect. \His pursuit of excellence for the league’s entire membership has been inspirational, and we thank him for his leadership and service.”

“A hearty congratulations to John Swofford for an absolutely amazing career. Your leadership within the ACC has been nothing short of tremendous. You have led us all through many transitions and much growth. All of us at Duke women’s basketball would like to say thank you. We are grateful for all your efforts and we wish the very best to you and your family for a wonderful retirement.”
— Joanne P. McCallie, Head Women’s Basketball Head Coach, Duke University