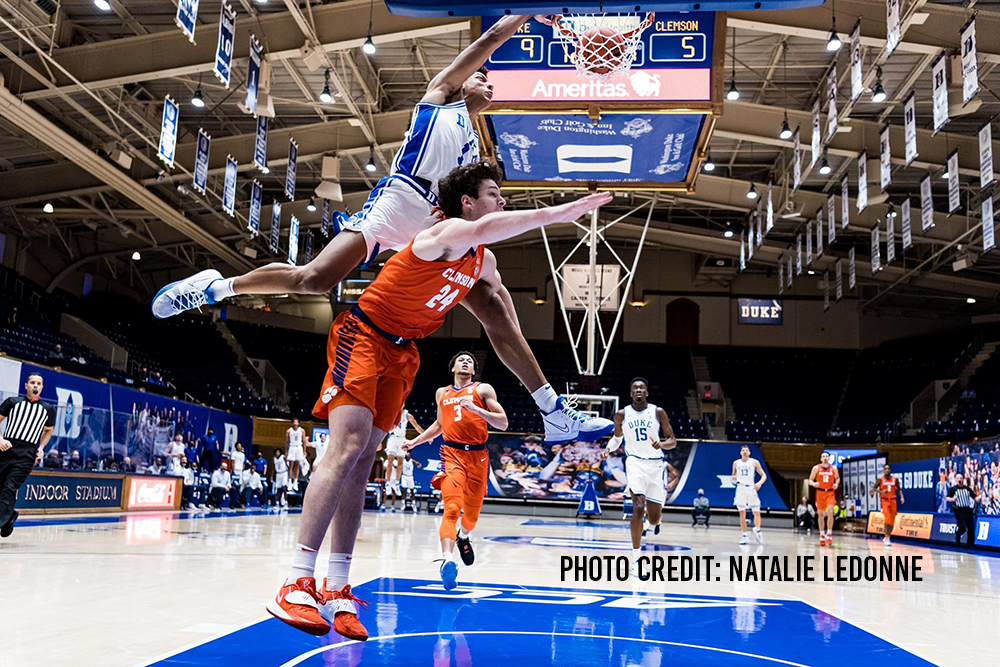 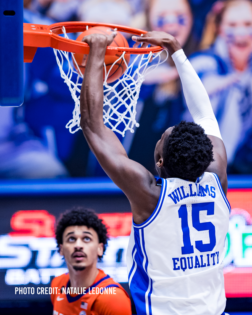 It had to be a different feel for the young Blue Devils to be in control of a game from the outset. The Blue Devils took the early lead against Clemson and never really looked back. The Tigers, a team that as of late has been challenged offensively, didn’t do themselves any favors by allowing a Duke team that has struggled in the half court a 25-6 edge in fast break points while only shooting 35% from the field themselves. For the second straight game the Blue Devils started off fast out of the gate and limited their turnovers – only turning the ball over 9 times. The Clemson game marked only the second time this season in ACC play that Duke has been below double-digits in turnovers.

The Blue Devils offensively were as balanced as they’ve been all season with 9 players having scored at least 2 points and 6 players scoring 9 or more. The Blue Devils were lead by sophomore Matthew Hurt who scored 13 on 4-7 shooting. Freshman Jeremy Roach added 12, also on 4-7 shooting. 3 players, Wendell Moore, DJ Steward and Mark Williams, scored 11 a piece. For freshman Mark Williams he scored a career-high 11 points on 4-of-6 shooting with five rebounds, and two blocked shots in 14 minutes. It marks the second consecutive game he has scored a career high after six points Tuesday versus Georgia Tech.

Jordan Goldwire and Jalen Johnson lead the team with 5 assists each with Johnson having had probably the highlight of the season so far as he executed a steal in the passing lane and took the ball in for a highlight reel dunk over Clemson forward PJ Hall who stands 6’10.