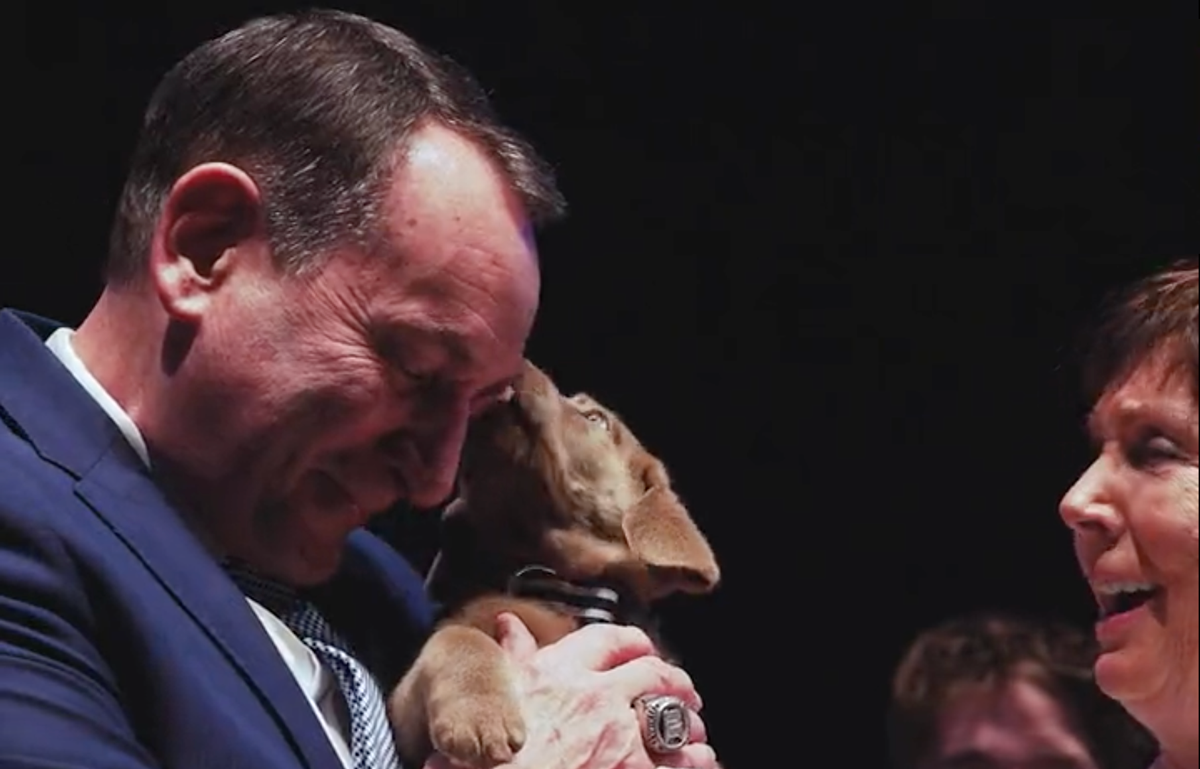 By Brian HoraceApril 14, 2022No Comments

The Blue Devil trio was instrumental in leading Duke to a 32-7 record, an ACC regular season title and a spot in the program’s 17th Final Four during the historic final season for Hall of Fame head coach Mike Krzyzewski, who announced in June this would be his final season before retirement.

“You guys were winners,” Krzyzewski said to his team in front of an audience of family, staff, Duke alumni and fans. “[We were] 13-11, 13 months ago. There are a lot of banners in here, and you have two of them. For me, you made my final season one of the happiest that I’ve ever had. An unbelievable season.”

Moore was named the Julius Erving Small Forward of the Year, becoming the first Duke player to win the award, while also netting All-ACC Second Team, ACC All-Defensive Team and NABC and USBWA All-District accolades. He was the nation’s only player who shot .500+ from the field and .400+ from three-point range while recording 5.0+ rebounds and 4.0+ assists.

The junior also earned the Iron Duke Award, presented to the Blue Devil that played the most minutes (1,326). He additionally received plaques for the team’s most assists (172) and best free throw percentage (.805). Moore and senior Joey Baker were presented with the Bill Krzyzewski Captains’ Award.

Williams became the fourth Blue Devil to be named ACC Defensive Player of the Year after leading the conference and ranking 12th nationally in blocked shots per game (2.82). He was also tapped to the All-ACC Third Team, ACC All-Defensive Team and NCAA All-West Regional Team while receiving All-ACC Academic recognition.

The 7-foot-1 center was additionally named the team’s Best Defensive Player while earning a plaque for best field goal percentage (.721) – the second-best mark in a single season in program history.

Graduate student Theo John was the recipient of the Glenn E. “Ted” Mann Award, given to the reserve who most contributed to team morale throughout the season. Junior Michael Savarino, who was recently presented with the NCAA’s Elite 90 Academic Recognition Award, also claimed the Dr. Deryl Hart Award as the team’s top scholar-athlete.

The Pagliuca Family Coach’s Award, given to the player(s) that best exemplified the commitment and values of Duke Basketball, was presented to sophomore Jeremy Roach and freshmen AJ Griffin and Trevor Keels.

Receiving the Gopal Varadhan Senior Manager Award were Grayson Sherr, Kai Shimojo and Christopher Simmons. Kennedy Sun, a member of the cheerleading squad, was the recipient of the Harry Rainey Spirit Award, while Lucas Lynn was named the recipient of the Charles Hogan Memorial Band Award.

The night was capped with a special video commemorating Coach K’s legendary career that was narrated by Shane Battier and comments from new head coach Jon Scheyer. In Scheyer’s closing address, he gifted Krzyzewski and his wife Mickie an 8-week old Silver Lab puppy on behalf of the 2021-22 team, coaches and staff aptly named “Coach.”

“One of the reasons I think it’s such a special team is because you were a reflection of the incredible competitive edge that Coach has always had,” said Scheyer. “We try to replicate that as a staff. You guys were all in on each other, had each other’s backs, and just when people might have been counting you guys out, that’s when you would come back and be at your best.