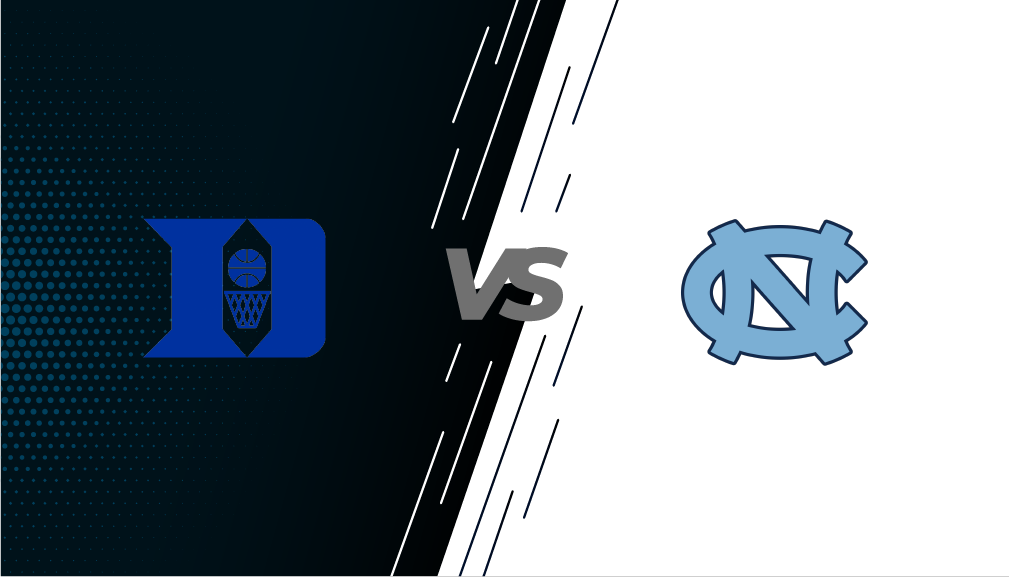 By Brian HoraceFebruary 5, 2022No Comments

It’s always hard to predict a rivalry game and with Duke vs UNC it’s rarely about X’s and O’s. UNC had been playing probably their best basketball of the season. UNC had won 4 in a row and 6 of their last 8. More impressively the Tar Heels had been undefeated at home at 12-0.

The atmosphere was set and palpable with the Heel fans showing utter contempt for Coach K and Duke, as the expletives rained down. The Blue Devils simply did what they’d done in a number of big times matchups – they were composed and they took care of business. Unfazed by the crowd the Blue Devils began the game hot going on a 21-8 run eventually building a 23 point lead by the 10 minute mark of the first half. UNC battled back, with Brady Manek who was unstoppable beyond the arc eventually scoring 21 for the game going 6-10 from beyond the arc. Manek led the charge for the Heels who ended the half on a 20-8 run to close the half-time deficit to 11.

The momentum going into the half was clearly with the Tar Heels but the 16 to 2 run for Duke to begin the half quickly ended any hope of a UNC comeback. The Blue Devils were hot from the field for the majority of the game ending with 57.6% shooting average and a 3-point average of 47.4% – well above their average.

For Duke AJ Griffin was an unstoppable force offensively. Griffin hit on a career high 27 points on an efficient 11-17 from the field and 3-6 from beyond the arc. Paolo Banchero did not have his best night for the Blue Devils going 5-14 for 13 points but did finish with 10 rebounds and 2 assists notching his sixth double-double this season. Mark Williams was solid for the Blue Devils defensively with 2 blocked shots and 6 rebounds, Williams held the ACC’s leading rebounder to just 5 boards and 12 points on 4-10 shooting. Williams had an efficient floor game with 2 assists and no turnovers, scoring 9 points on 4-4 shooting.

Wendell Moore Jr., who had been struggling offensively of late, scored 13 points going 5-6 from the floor and dished 5 assists to zero turnovers. Moore also snagged 8 rebounds and added 2 steals. Jeremy Roach, who has had several terrific floor games for Duke as of late, continued his streak of 1 turnover or less to 8 games. In his last 8 games Jeremy Roach has 41 assists to only 6 turnovers.

With the win the Blue Devils sit along atop the ACC moving to 9-2 in conference and 19-3 overall.

Opening Statement: “Our guys really played well today. We beat a very good and hot team. It was a great atmosphere. I thought we started out so well. We really won the first 12 minutes of the first half and then they won the next eight minutes. I thought they seized some momentum in the game. The stop we had at the end of the half and then having the arrow to start the second – I wish we kept a double-digit lead. Then AJ [Griffin] exploded. We wanted to run a couple things for him but we ran one thing, and he just went off. Our guys found him, which is really good. We rebounded well, we didn’t turn it over and we played a really good game. AJ was a star today.”

On his message to the team at halftime: “There are no magical talks. I just told them that we won the first 12 and they won the next eight. If they start out the first four like the last eight, they’re going to beat us. But if we start out the first four like we did the first twelve then we’re going to win. In our really good games, we’ve come out well in the second half. Tonight, we came out great, because of AJ [Griffin]. And we played defense and our defensive rebounding was excellent. It was a 10-0 run, but that means you’re playing defense. They didn’t turn it over – we had stops there too. ”

On what he’s seen from AJ’s play as of late: “He’s become more athletic and in better shape. That left-handed dunk – three weeks ago he wouldn’t have been able to do that. I think a big part of it is how well he’s playing on defense. He’s moving his feet and as a result, his whole game is getting wider. So his first step – he’s driving the ball better. He’s getting somewhere with his first dribble instead of having his dribble within his body. As a result of that, because he can shoot, you gotta be up on him and he can drive the ball too. He’s really done a great job of finishing. You know, he’s worked hard. No one has worked any harder than that kid.”

On Mark Williams’, and the team’s, performance on Armando Bachot: Thank you for bringing that up. Armando really is one of the best players in the country and is having a fabulous year. I do think that the two fouls hurt him – he had a good game but not his normal game. I thought Mark did a good job against him keeping his feet, and he didn’t get easy buckets. As a result, he was 4-for-10. Normally, he could’ve been 8-for-10. Rebounding wise, our whole team was rebounding well, so he didn’t get his normal number of offensive rebounds. I love Armando and how well he plays but tonight, the circumstances with the fouls and Mark playing really well helped tone him down a little bit so we had a chance to win.”

On posting a lopsided win in Coach K’s last game at the Smith Center:

“Obviously it’s a huge win for us. Anytime you can get a win of that magnitude in this rivalry, it means a lot. But first, it was more than about us vs. Carolina. Honestly it was about Coach (Krzyzewski), his last time coming to Carolina, so we wanted to send him out with a win because he definitely deserves it. Another thing is that we know Miami lost a couple nights ago so we knew we kind of had control of first place in this league, so we wanted to play for that too. It was a lot of things we came out here to play for, but the main thing is that we came out here and gave it our all tonight.”

On the team’s response in the second half:

“We knew they were going to go on a run. They’re a good team. You just don’t come in here and beat a good team by 30-40 points, you know it’s going to be a dog fight. The biggest thing with us is that we wanted to come out and impose our will early in the second half. I feel like on the defensive end that’s what we did and then on the offensive end, AJ (Griffin) led us for at least the first three, four minutes – he was on a different level. He played a great game, hats off to him. We’re all so proud of him and the thing is he’s only going to keep getting better.”

On how the offensive and defensive performance impacts the team’s confidence:

“It does a lot for our confidence, especially on the perimeter. I think the last few games we might’ve been shooting under 30 percent from the field, so to see a few shots go through it gives all of us confidence – myself, Jeremy (Roach) hit a few big shots today and Trev (Trevor Keels) came in and also hit a couple of big threes and obviously AJ Griffin has been doing his thing. Really just seeing a few of those shot go down gave us a lot of confidence and then at the same time on defense when we’re able to hold the opposing team’s offense under 30 percent shooting, it really makes our job easier on the offensive end.”

On his approach going into the game:

“I just work on the reps and getting the reps in. The game’s won before its even started. You just saw the little warmup but it’s really just the work you rely on, and you live with the results, as you can see.”

On what he saw on the floor:

“Coming into the half just seeing we were running that play; it’s really just making reads off of that. We work on that. Coach Nolan Smith helps me with that, to read it. We work on that in warmups too. Just reading the defender and whatever he gives you, just let it fly or take it to the hole, so, that’s pretty much what I saw.”

On how the biggest stages bring out the best in the team:

“We want to do something special. When we get knocked down, we want to fight back, punch back. I love that about our team. We have that fight in us and just having the opportunity to send our coach off with his last year on a good note, we just want the best. We hold each other accountable and that’s what’s special about this team. We love Duke Basketball; we love playing Duke basketball.”