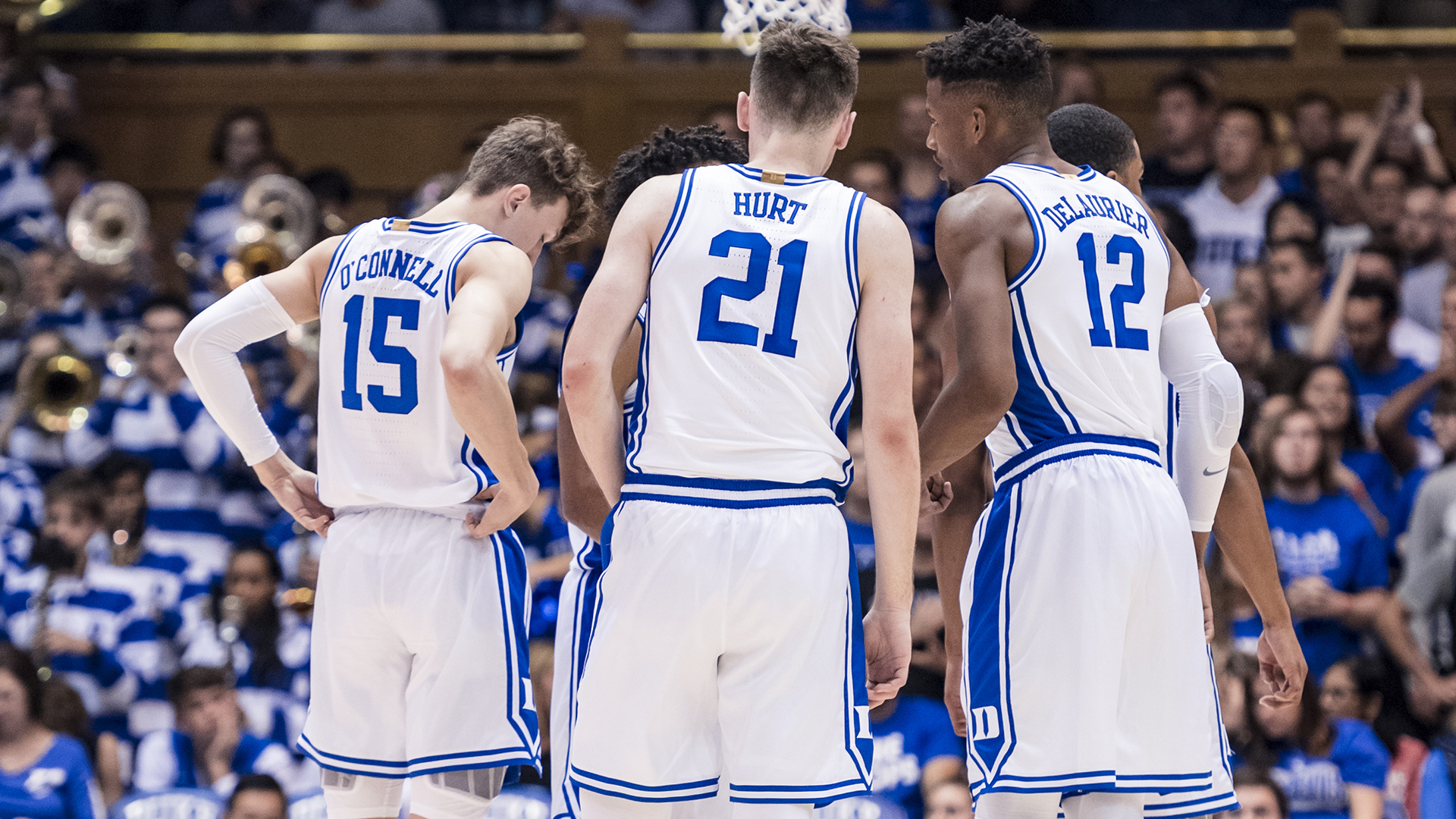 By Brian HoraceNovember 6, 2019No Comments

Just hours after the matchup against another top 5 matchup, the Blue Devils 51st top-5 matchup for Coach K teams, this iteration of the Blue Devils are still an enigma. Even with beating Kansas questions remain about who will take the big shot, will be be Tre Jones? Matthew Hurt? Vernon Carey? It very well be different on any given night.

The preseason ACC media voters tagged the Blue Devils as the favorite to finish with the best record in the ACC but that tends to happen on the regular – not necessarily based on anything but recruiting rankings and past success. This doesn’t mean the Blue Devils can’t get the job done but considering the amount of turnover from year to year for Coach K teams over the past few years…it’s surprising.

After opening as +250 favorites to win the regular-season ACC title, Duke has fallen slightly in the odds to +270. These ACC odds are available from select betting sites that can help you pin point the right place to wager for you as the season progresses. So far bettors have been hammering Louisville, which saw its odds improve from +600 to +370, second-best in the conference, in large part because the highly influential KenPom rankings rate the Cardinals as the third-best team in the nation, one spot ahead of fourth-rated Duke.

Winning against Kansas and perhaps their next top ranked opponent Michigan State should go along way from increasing Duke’s chances in the eyes of the betting world of winning the ACC.