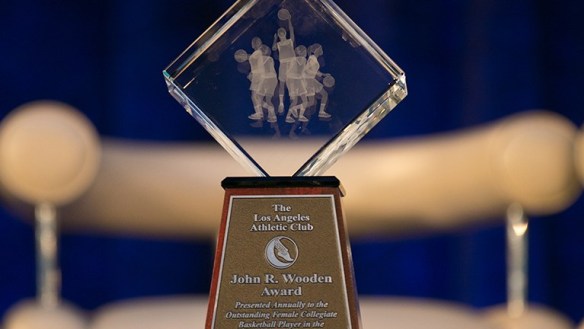 By Brian HoraceNovember 6, 2019No Comments

Sophomore Tre Jones and freshman Vernon Carey Jr. have been named to the Wooden  watch list.

The Player of the Year and All American Team members are selected each year by a hand-selected panel of voters. Voters are college basketball experts selected to collectively represent each of the 50 states.

The Awards’ National Advisory Board seeds each National Ballot (men’s and women’s) with the top candidates for each award category. The National Advisory Board is charged with selecting those players who meet the Award criteria as established by the Award’s founders. Prior to being listed on the Final Ballot, each player must be certified by their university to meet the qualifications of the Award, including: candidates must be full-time students in an accredited NCAA college or university; candidates must be a full-time student making progress toward graduation and have a cumulative 2.00 grade point average since enrolling in their school; candidates must exhibit strength of character, both on and off the court; candidates should contribute to team effort; candidates must excel in both offense and defense; and candidates should be considered on their performance over the course of the entire season. Voting begins at the end of the season, and voters, consisting of nearly 1,000 members of the national college basketball media, will take into account the opening rounds of the NCAA Tournament.

Voters may vote via an online system that allows them to evaluate players up until just after the Third Round of the NCAA Tournament. The official accounting firm of the John R.Wooden Award, Deloitte, tabulates all votes.

Coach John Wooden’s ideas of the “total basketball player” inspired the design of the John R. Wooden Award trophy. The trophy features five figures, each depicting one of the five major skills of the “total” basketball player: rebounding, passing, defense, shooting and dribbling. The concept for the trophy originated with Wooden Award Chairman Richard “Duke” Llewellyn, a long-time friend of Coach Wooden’s and then athletic director at The Los Angeles Athletic Club.

Work began on the trophy in 1975. A committee sorted through hundreds of photographs of UCLA basketball players in action, looking for quality photos that represented the five skills and could be translated into sculpture. Good examples were found for defense, dribbling and passing, but rebounding and shooting proved impossible. The Club hired a photographer and asked two of its members who had been former college basketball players to pose in the positions that the committee needed.

The photographs were given to sculptor Don Winton, who had been a competitor in track and field and had sculpted many top sports awards. Using the photographs for authenticity, Winton made clay models, then cast them in hard wax, taking special care with the details of shoes, socks, trunks, shirts, hands and the scale of the basketball. The casts were scrutinized for authenticity by Coach Wooden and Duke, and after a series of meetings and small changes, they were given to Robert Graves, a mold-maker who made the trophies for both the Emmy and Grammy Awards, and who had experience in molding sports figures.

Graves reproduced sections of each figure in plaster, then used these to make bronze molds. Each figure is created from approximately 10 sections per mold, and three of the figures are created from two molds each, in order to provided the details necessary around the basketball, forearms and hands. In all, 170 pounds were used in the molds. An engraver added details to the molds by hand. The figures were cast, hand-polished, soldered together and electroplated to the base.

The figures are made of a zinc alloy atop a brass pentagon base plate, all of which is copper plated, nickel plated, copper plated again, then bronze plated for a polished finish. The tallest figure is captured in a hook shot at 10 ¼ inches and the solid walnut base measures 7 ½ inches, making the total height of the trophy 17 ¾ inches. The trophy weighs more than 25 pounds. The first trophy cost approximately $7,500.

The culmination of more than two dozen meetings and the efforts of numerous people is a trophy that is presented each year to the collegiate basketball Player of the Year and his school. Permanent trophies reside in the Basketball Hall of Fame in Springfield, Massachusetts, and the Amateur Athletic Foundation in Los Angeles, California. A special trophy stands on a marble pedestal in a niche especially designed for it in the Main Lobby of the Los Angeles Athletic Club.