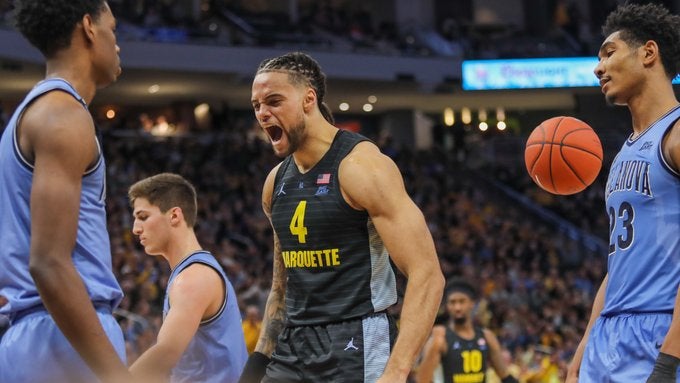 By Brian HoraceApril 16, 2021No Comments

Duke, looking to solidify depth in the front court has landed Marquette transfer Theo John. Johnson played 4 years at Marquette under coach Steve Wojciechowski where he averaged 5 points a game (8 points in his final season), 1.5 blocks and 5 rebounds. Theo hails from Minneapolis and played with Tre Jones and Gary Trent Jr. during their AAU careers. 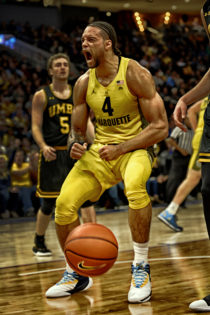 The 6’9, 255lb PF/C could provide some experience in the paint to push rising sophomore Mark Williams and could also provide minutes behind Paolo Banchero and Henry Coleman at the other forward positions with the style of play that Duke probably expects to run fresh bodies in the post will most likely be at a premium and this addition fits that narrative. John in coming off several nagging injuries where Duke could be of use allowing him to get fully healthy and give him another year to showcase his skills. This immediately plugs the holes left by the departing Jaemyn Brakefield and Patrick Tape.´

I would expect with the addition of John the front court for the Blue Devils next year is set. Duke will have 4 players to cover the 2 post positions in Henry Coleman, Mark Williams, Paolo Banchero and the aforementioned Theo John.

After conversations with my family, I have decided that next year I will be attending Duke University for my final year of eligibility. I would like to thank everyone who has been a part of my basketball journey. Happy to be joining #TheBrotherHood pic.twitter.com/yBB7UVinYZ