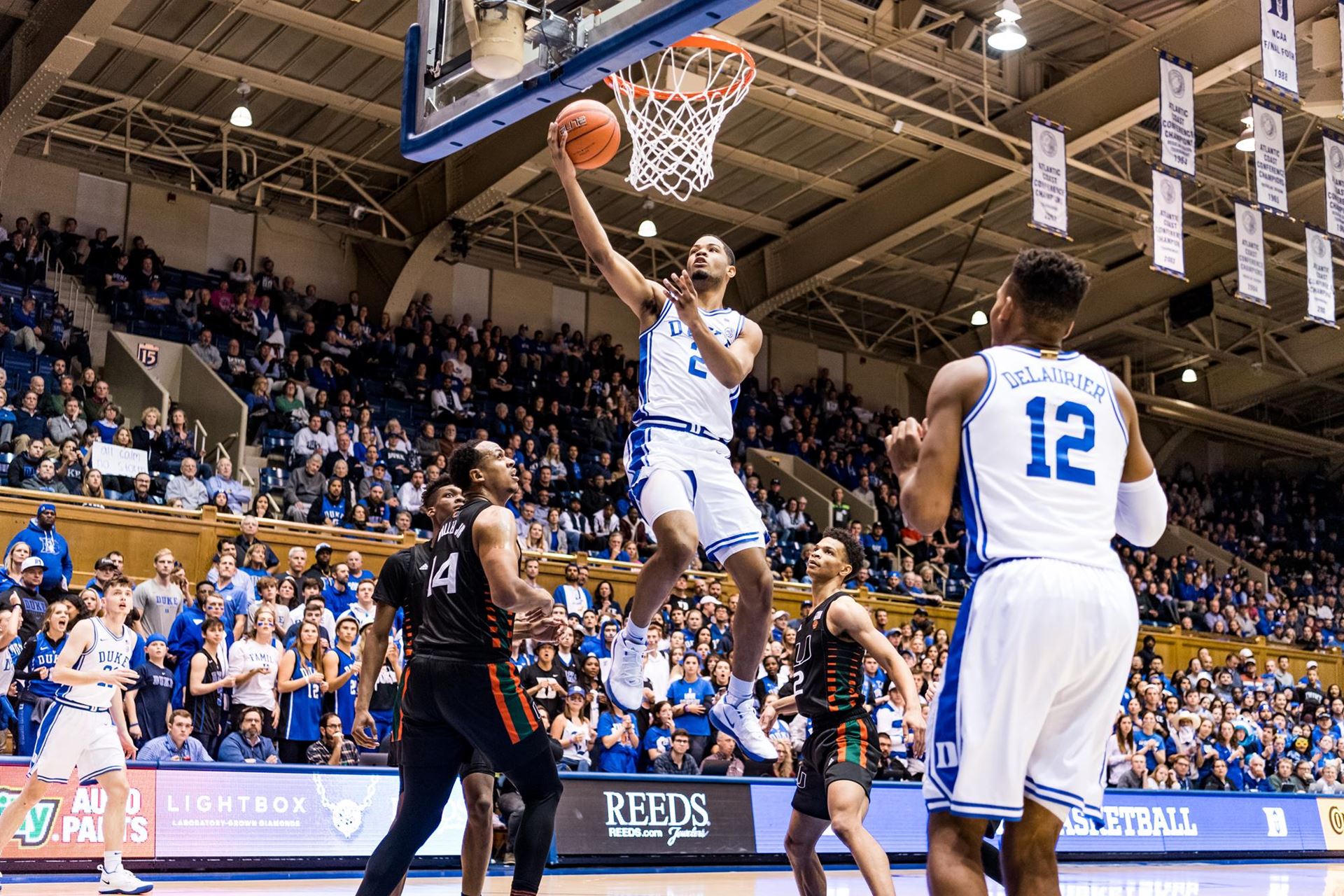 Not much changed in the second matchup with Duke vs Miami. The Blue Devils jumped on the Hurricanes early and often to the tune of a 28-9 run to begin the game. Duke never looked back on their way to an 89-59 win. The Blue Devil began the game hot from beyond the arc hitting 4 of their first 6 from 3-point range to put the game out of reach. The Blue ended the first half shooting a sizzling 52.9% from beyond the arc. When the first half buzzer sounded Duke had doubled up the hapless Hurricanes 48-24. Duke coasted on the strength of 22 points from Matthew Hurt who led all scorers. Hurt added 6 rebounds and 3 blocked shots in addition shooting 8-11 from the floor. Tre Jones added 16 points, 2 more than his average. Jones also improved his floor game from the last couple of games with 6 assists and only 1 turnover. Vernon Carey Jr. also added 11 points and 6 rebounds for the Blue Devils on 3-9 shooting, the freshman center also added 3 assists. The Blue Devils got 9 points each from Cassius Stanley and Joey Baker with Baker going 3-5 from beyond the arc. Junior guard Alex O’Connell added 8 points late in the blowout victory.

The Blue Devils earn the season sweet versus the Hurricanes