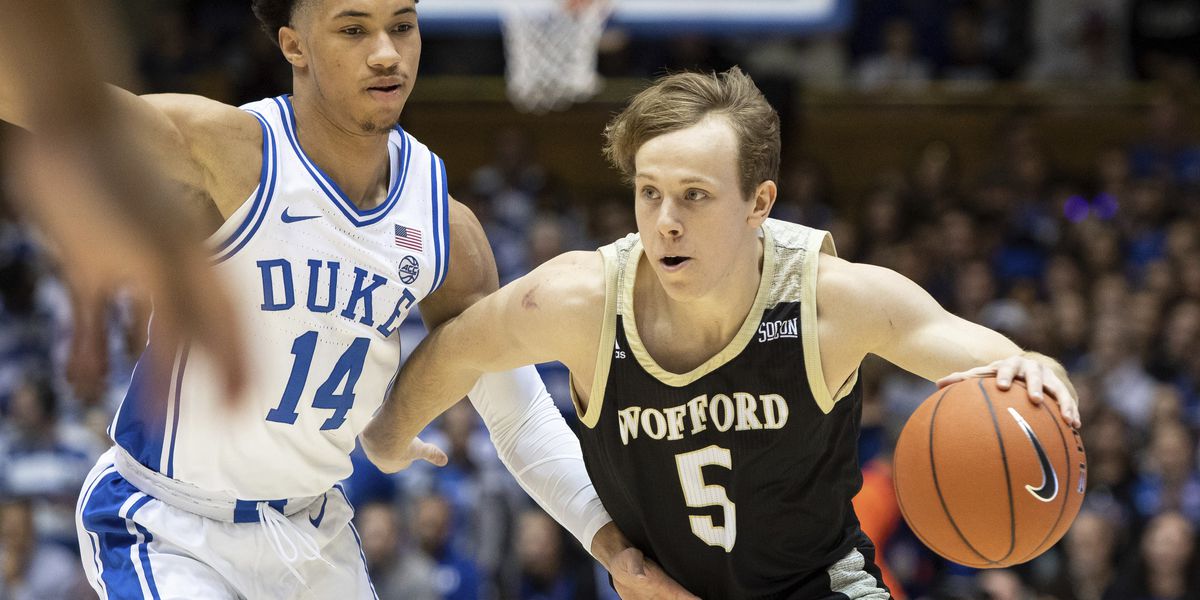 By Brian HoraceDecember 19, 2019No Comments

Opening Statement: “Our kids did play really well tonight. They had outstanding defense. They shared the ball. They had the least amount of turnovers we’ve had. We’ve played a lot of guys. We beat a really good team… not only a team, but a program. Mike Young and Jay (McAuley) developed over the last decade one of the top programs at Wofford. They’re a championship level program. They’re very deep in talent. We did a good job defensively, but they’re a tough team to defend. [Storm] Murphy is a heck of a competitor. [Jordan Goldwire] fought him well. Not saying he out played him, but he fought him well. He didn’t out play J. Gold either – that was good match up. Murphy was not able to make his teammates better like he usually does because of what J. Gold did. We subbed a lot. This has been a very unusual couple of weeks for us. We didn’t practice for six days for exams. We had three days of individual work and for these kids to come back and play like they have has been really something. I’m really proud of my guys for what they have done. It’s really an outstanding performance. That’s one of the reasons I subbed so much – I never wanted them to get tired. Once they got tired, they were going to be tired. They’re not going to get refreshed. We have a lot of kids with a lot of minutes and it works if they’re playing well. And to deal with Tre [Jones] being out – if this was an ACC game, he would have played. He has a slight sprain and it’s better with this break to get well. He’ll be back and he’ll play right away.”

When asked about player communication: “This was the best game that they talked the game. They weren’t just thinking the game individually – they were talking, especially on the defensive end. Their offense is very well conceived for their personnel. We couldn’t run their offense, nearly as well as they run it. It’s a little bit unconventional for our league – although Virginia Tech runs it similar. So, having played against Virginia Tech I think helped us. Virginia Tech was beating us at halftime and then we went small. Tonight, we didn’t go small, but we practiced better. “

On sophomore Joey Baker: “The neat thing is our whole team wanted him to get the ball. In September, I wasn’t sure how much Joey could play and Joey has come every day at practice and he shoots game shots… even when he’s just shooting. He has become our quickest and most accurate shooter. The guys see it.” “My vision and what he is sometimes isn’t the same. I see him for who he is – not my vision. He’s earned that. He’s done that and he’s worked on it. If you come early, you saw Joey in there shooting the same shots. He comes early every time. He’s in the gym all the time. There’s the expression ‘trust your work’ – he’s got a lot to trust. His teammates see that.”

On what factors lead to his solid second-half shooting performance: “I was just getting open spots and the defense was collapsing off, so Vernon [Carey Jr.] got going a little bit inside and Matt [Hurt] had a really good game, so they were playing off [me] a little bit more. I definitely feed off of [the crowd], but in the moment, you’re just worried about the next play, getting a stop, and getting the win. I’ve just been staying in the gym. I work a lot with Coach [Chris] Carrawell on my weaknesses and trying to improve on those areas. It’s starting to translate [to games] a little more.”

When asked if Wofford’s win over North Carolina earlier in the week was something Duke thought about heading into the game: “Not really. We knew they were a really good team and a really good three-point-shooting team. We just wanted to do our best to stop that and do our job to win.”

On how having some time off between games helped Duke: “I think we got back to the drawing board a little bit and tweaked some things that had been issues as we were going through the season and playing back-to-back games in a short period of time. Practice time helped a lot.”

“We have several good drivers, especially with Tre [Jones] on the floor, and we have several good shooters as well, so we’re able to space the floor and open things up for Vernon [Carey Jr.] down inside. So I think we’re a well-rounded team and capable of beating teams in a lot of different ways.”

On the play of Joey Baker and his shooting performance tonight:

“When he’s shooting the ball like that, we try to get it to him. Hopefully he can stay in the rhythm like that and it definitely helps us.”

On getting the start tonight in place of the injured Tre Jones:

“I felt comfortable. I’ve started before so it wasn’t something that was different, besides not having Tre [Jones] out there with me. I was very comfortable out there and just tried to stay poised.”

On the break from classes:

“I get a chance to get in the gym, work on my shot and work on a bunch of other things, so I think that definitely helps.”

“It’s still early in the season and we still have a long way to go, but we know who we are as a team and we know the things that we’re capable of doing.”

On the play of Joey Baker: “Joey’s come to work every day in practice, game shots, talking on defense. I’m not surprised at how good he’s been this year, but having that outside shooting really helps me and Vernon [Carey Jr.] and Javin [DeLaurier] and Jack [White], all down low for more space for us.”

“We didn’t practice last week but we started practicing this week, had a little break with finals and everything. I think getting back together, staying with the grind, doing what we do and playing good defense was really key for us tonight.”

On thoughts of playing Duke:

“They’re really good. They’re really balanced and when they shoot like that in the second half they can be very dangerous. They have a good, balanced attack with a good inside-out presence. They’re tough. They keep coming at you in waves, rebounding the ball, coming up with 50-50 balls. Obviously, they’re a really good team and they showed it tonight.”

On if Duke took Wofford out of their game plan: “We missed some shots early and we started pressing a little bit. Obviously the missed layups in the first half where it was a tight game, maybe 16-15, and we missed a few around the basket. We were a little sped up and Duke had a lot to do with that and we have to handle that better moving forward. “Their pressure took us out of some things. In the second half, we do have some things when teams decide to switch that we need to do better. We got away from that. We need to be a lot more mentally tough in those moments. That’s what Duke does to you. We’ll learn from it.”

On what he took from playing Duke and North Carolina in back-to-back games: “We have a really balanced team. Our bench can come out and contribute. There were moments tonight that our bench team didn’t really step up for us. UNC and Duke are the best of the best; they both challenged us in a lot of ways. They did some things with their length and with pressure that I think we’ll benefit from against some of the teams in our league.”