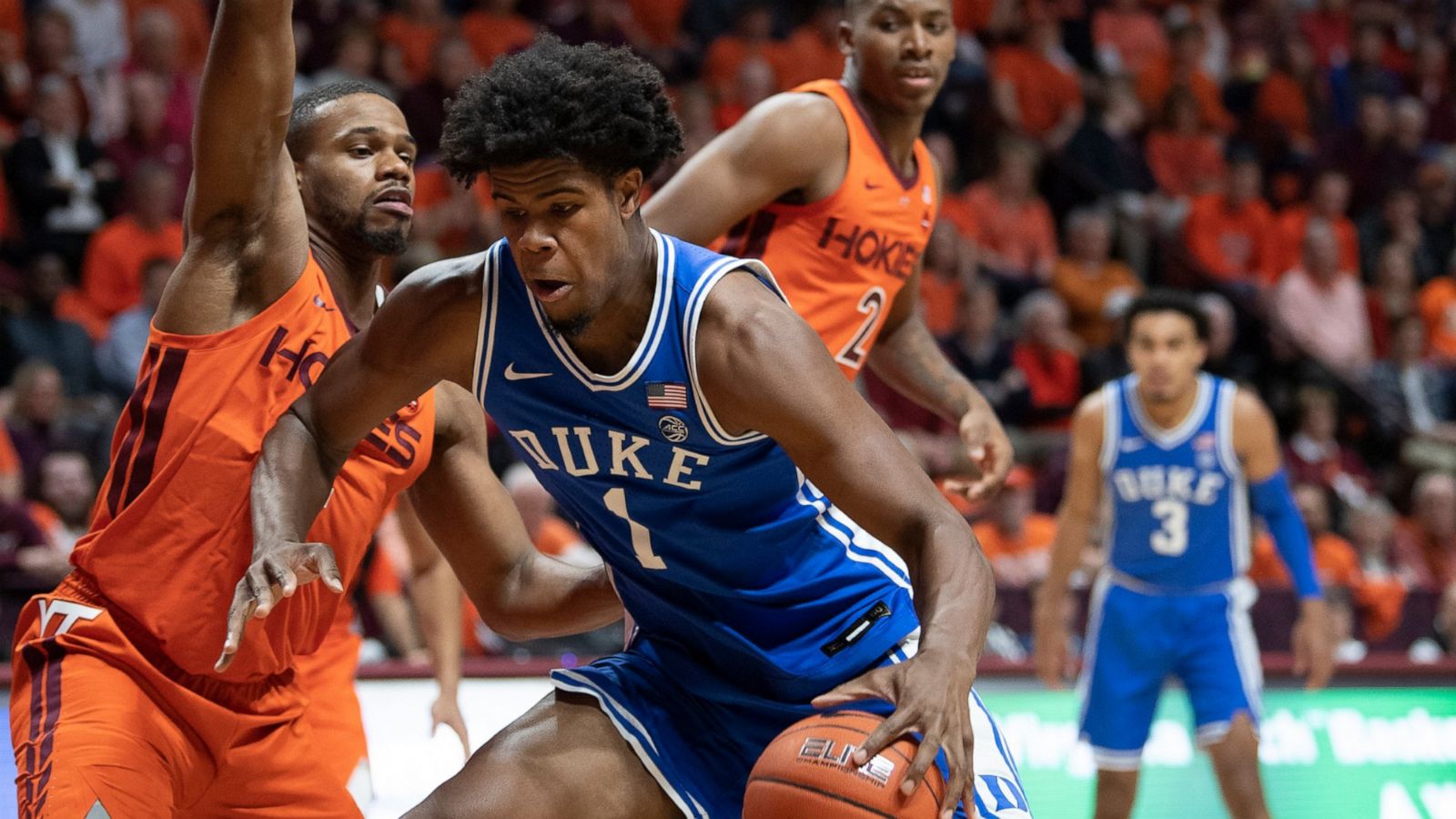 By Brian HoraceDecember 6, 2019No Comments

Virginia Tech, as of late, has been a tough place to play for the Blue Devils. With Duke having lost the last 3 at Cassell Coliseum, Duke fans have come to expect tight games there. Tonight’s game was looking early like a runaway for the Hokies. The home team built a 12 point lead on the Blue Devils with 12:35 left in the first half but the Blue Devils battled back to cut the lead to 3 at the half. The Hokies countered the bigger lineup of the Blue Devils with their smaller lineup and it seemed to effectively befuddle Duke.

The second half saw the Hokies go on a quick 4 nothing spurt to push their lead to 7 points. Coach K called an early second half timeout to rouse his team. The timeout seemed to work as Duke quickly ratcheted up the defensive pressure and 5 minutes later the Blue Devils had their first lead since 3-2 in the first half. After taking a 1 point lead the Blue Devils went on a 25 to 10 run to put the game effectively out of reach of the Hokies. Duke accomplished this by using an unconventional small lineup with their best 2 way player Vernon Carey Jr. on the bench.

The Blue Devils half-time adjustments included going to their bench and that bench, featuring Jordan Goldwire and Alex O’Connell came up big. Goldwire scored in double-figures with 10 points on 4-8 shooting, 6 rebounds, 2 assists and 2 steals. O’Connell who had been slumping offensively as of late saw the ball go in the hoop 3 times, shooting 3-7 from the field for 7 points and pulling down 5 rebounds. The bench, for the Blue Devils, contributed 35 of the 77 points scored by the team.

Tre Jones led the Blue Devils in scoring with 15 points on 7-16 shooting. Jones pulled down 6 rebounds, dished 4 assists with 2 turnovers. Duke also got 12 points apiece from Vernon Carey Jr. and Wendell Moore Jr. Each had 5 rebounds, 4 assists and both were 4-4 from the free throw line. Duke as a team was 10 out of 10 from the charity stripe. The Blue Devils after allowing the Hokies to shoot 53% from the field in the first half only allowed 41% in the second half.

The Blue Devils won the turnover battle 14-7, scoring 21 points off of Virginia Tech turnovers to 11 by the Hokies. The rebound battle was close with the Blue Devils winning by 1. After giving up 26 points in the paint in the first half the Blue Devils limited the Hokies to 14 in the second half.