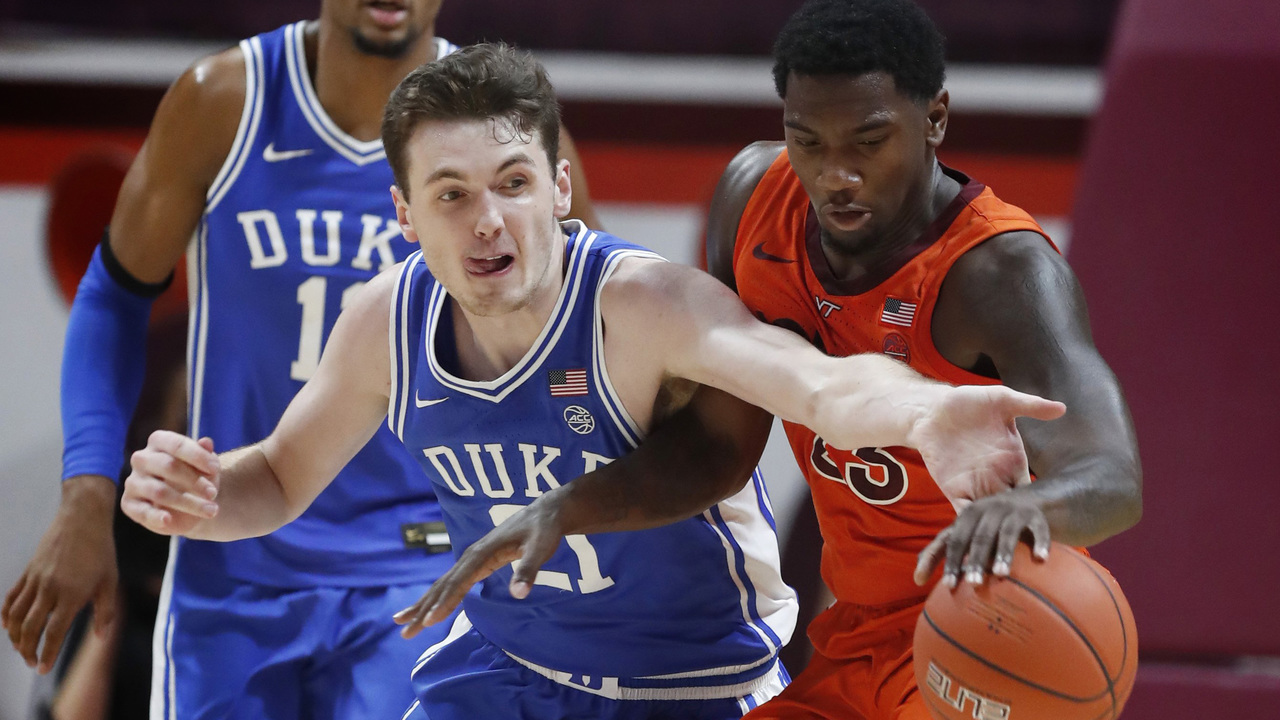 By Brian HoraceDecember 6, 2019No Comments

“For Mike [Young] to put in this system this quickly and play this well is a heck of a thing. They are going to be a tough out the whole season. I didn’t know he grew up 20 miles from here. I told him before the game, I’ve said this to him before; they made a great hire. This guy is one of the best coaches in America. That is without me knowing he grew up 20 miles away, holy mackerel what a sensational hire. What a great guy, their kids play hard. We played an outstanding 18 minutes in the second half, we played an outstanding 12 minutes in the first half to stay in the game. They wear you out with all of their movements.

“This is a tough week for our team. This is the toughest week I’ve had in years for a basketball team. We played at Michigan State in a 9:30 game and got back at four in the morning on Wednesday. This is the biggest week academically for us, it is the week before exams. Our kids have projects due, two of them took tests up at Michigan State. We had to stay in Roanoke last night, we got in early so we gave them time because some of them had projects due by midnight. We didn’t want to come here for a shoot around because of the bus ride and we play this game on the road. For us to play the last 18 minutes like that is just sensational. We played great, great defense. Tre [Jones] led us, and two kids who have not been playing well, Wendell [Moore] and Alex [O’Connell] came. Wendell was a plus 24 in the game and Alex had a couple that just missed and he hit two big ones. Jordan Goldwire played the whole second half. It was a game that was difficult for big guys to play in because they are smart they took advantage. We made that change and it worked. We played great on offense, we just ran motion offense we didn’t run any of our sets. Our kids made some big plays, I’m proud of them.”

On thought process during the game:

“I thought we should screen the ball better is what I was thinking. When we started the second half we did not defend it, so I figured we were not going to defended it that way with those people. Let’s put in a line up where we can switch everything. Keep the floor open, drive, kick and make them move. They had us down. They had preparation and had all of our sets down and how they were going to play off. We just jumped everything and went to that. Our kids played hard. They did a really good job on [Landers] Nolley, who is a hell of a player. I feel very fortunate, I feel we deserved to win.”

On the defending Nolley:

“He usually gets the advantage of a big, which our guys over the years have gotten. Mike is smart. He puts him on that position with the elbow and if you put a big guy on him he’s going to blow by him. Jack [White] did a good job on him and then Wendell did. Even Goldwire, so we put an athlete on him. Being able to switch was probably the key to the game.” On Cassius Stanley:

“I don’t think he is ready. Emotionally and physically he hasn’t had to go through a practice where he is sweating. We only practiced an hour on Thursdays before we leave, it’s not enough time. He didn’t do anything wrong, he is going to be healthy he just needs more prep time.”

“He is developing his role. I think when you try to put kids in a box they become the box. But if you give an open jar they will grow the way they can grow. He needs to just play. I thought he was much more physical with his drives tonight and he missed that one and it didn’t get to him. That’s another thing I look at, it’s a one-point game and he’s got the next move. A young kid can take a play off or two and he did. Those are all toughness things that I saw tonight with my team. My team has been good but it’s been different guys. Tre has been the constant. Different guys have stepped up, I’ve got a good group. It’s an old-fashioned team and this was an old-fashioned week.”

On going to the smaller lineup:

“They had a weird offense – it was a little smaller and they spread the floor. With not a lot of time to prepare for them, it was hard for our bigs to adjust. We put out a lineup full of guards and were able to figure some things out on the defensive end that we were struggling with. Offensively, things came much easier because we started to get stops.”

On practice time with the smaller lineup:

“A little bit but not a ton. The depth that we have makes it easy to play with a group like that. You don’t necessarily have to practice with them a lot to be on the same page. When we put a group out like that that’s trying to win and fight together, it’s so easy to play with one another.”

On the personal foul call against Virginia Tech changing the momentum:

“We felt like we frustrated them from the start. Jack [White] did a great job and I came in the game and put pressure on them as well. I feel like Jack and I are two good defenders and having to go against the two of us all night can be tough for anyone.”

On what to take away from Virginia Tech offensively:

“We wanted to make everything hard for them. We know they like to catch and shoot the 3 a lot.”

On the message from Coach when Virginia Tech was up 7:

“He let us be free on offense. He told us to get stops, fight, rebound and defend. That’s what we started to do.”

On the ability to create offense without plays:

“Getting the freedom to just play definitely makes us feel good. We were out there running motion and ball screens. Guys started playing and really benefitted us.”

On Duke’s defense in the second half:

“The best lineup for them was No. 41 [Jack White] at the five, which allowed them to switch some things. We didn’t handle that very well, but we will. We will. I think there are very few teams that will be able to do that with size and the personnel that Duke has. Tre Jones is so disruptive and he’s made great progress with his game offensively. He is a mean dude defensively. I found myself this week in our preparation trying to figure out how I could eliminate him. Just get him out, take his match over here. That’s easier said than done. We’re in great shape. Five-point game with seven minutes to go. We didn’t respond very well from that point. Could not have played out any better in terms of how we wanted to play. I thought our team did a very good job on [Vernon] Carey. It’s the only choice we have. [Jordan] Goldwire makes two threes because of how we got a play. They made six first half 3s. There was another one a tad unexpected. To their credit, they stepped up and made that shot. I think Carey had 12. We probably fouled him down there a couple times and it wasn’t called. Thought it played out pretty darn well and disappointed in how we finished the thing.”

On Duke’s lineup in the second half, making it harder for Tech to score in the paint:

“We just have to move better. Vernon, as terrific as he is, as dominant as he is, has a very hard time, as most do, chasing a kid that can space the floor like P.J. Horne. That effectively eliminated [Matthew] Hurt, and effectively eliminated [Javin] DeLaurier. He found a lineup that was best for him. That was 41 and three guards and that got us. We’ll figure it out.”

On Duke’s defense against Landers Nolley:

“I thought they got under his chin. I don’t think he handled it well; nine turnovers for the game. He’s a good player and he’ll get better with that.”

• In ACC openers against Virginia Tech, the series is now 3-2.

• In road games, Duke snapped a streak of three consecutive losses, and now leads the series, 13-7.

• Duke trailed at the half 41-38, marking the team’s first halftime deficit this season.

• Duke out-scored Virginia Tech 39-22 in the second half, with the 22 points marking the fewest allowed by Duke in a second half this season.

• Duke had four players in double-figure points, marking the eighth time in 10 games this season that the Blue Devils had four or more reach double-digits.

• Duke scored 35 bench points, its second highest of the season behind 55 versus Central Arkansas. The Blue Devils are averaging 28.9 bench points over the last three games after averaging 20.1 over the first seven.

• Duke extended its streak of at least one made three-pointer to 1,069 games – the nation’s third-longest active streak.

• Junior Jordan Goldwire came off the bench and recorded career highs in points (10), rebounds (six) and minutes (30). He was 4-of-8 from the field and added two assists and two steals.

• Sophomore Tre Jones led the Blue Devils in scoring with 15 points, and Duke is now 24-2 in Jones’ career when he scores in double figures.

• Duke is off until a non-conference game versus Wofford on Thursday, Dec. 19 at Cameron Indoor Stadium at 7 p.m. on ESPN2.