By Randy DunsonDecember 13, 2014No Comments 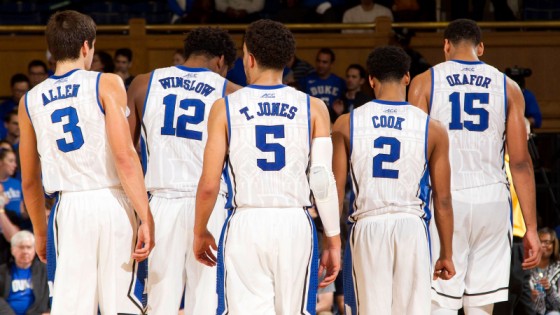 DURHAM, N.C. — The Duke men’s basketball team opened the 2014-15 season with a challenging slate that included five games over an eight-day stretch. This week’s Coach K show feature focuses on the challenges and benefits that come along with such a difficult early-season schedule.

In addition to Duke head coach Mike Krzyzewski, other members of the team, including senior Quinn Cook and sophomore Matt Jones, join the discussion. Coach K and players reflect on how the team responded in the early going, and the character that was showcased in certain games, specifically an 81-71 win over No. 19 Michigan State in the State Farm Champions Classic in Indianapolis, Ind., and a 70-59 victory against Stanford in the championship game of the Coaches vs. Cancer Classic held in Brooklyn, N.Y.