By Randy DunsonDecember 12, 2014No Comments 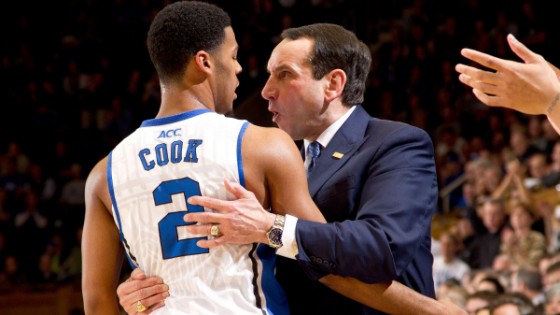 DURHAM, N.C. — With point guard Quinn Cook the lone senior on this year’s Duke men’s basketball team, he has been called on to embrace a leadership role for the 2014-15 team. Today’s Coach K show feature focuses on Cook and the impact he’s had on the Blue Devil squad through the first eight games of the season.

Duke head coach Mike Krzyzewski explains the development of Cook over his career in Durham, while teammate and sophomore guard Matt Jones shares his own thoughts on Cook’s maturation and how the Washington, D.C., native has motivated and influenced the team thus far.

Cook also ruminates on how he has developed throughout his college career and the strides he’s made over the previous three years.