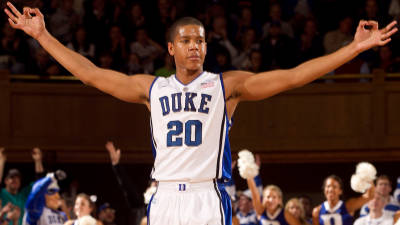 Mason Plumlee delivered a double-double for the Devils with 12 points and 10 rebounds. Josh Hairston grabbed the minutes available due to the Kelly injury and gave Duke 4 points and 3 boards in 17 minutes.

It will be interesting to see how Duke responds with a short and untested bench going into game 2. Duke will face either Miami or Florida State both have defeated Duke in the regular season.