Duke vs Kentucky: Embracing One & Done vs Seeking out One & Done 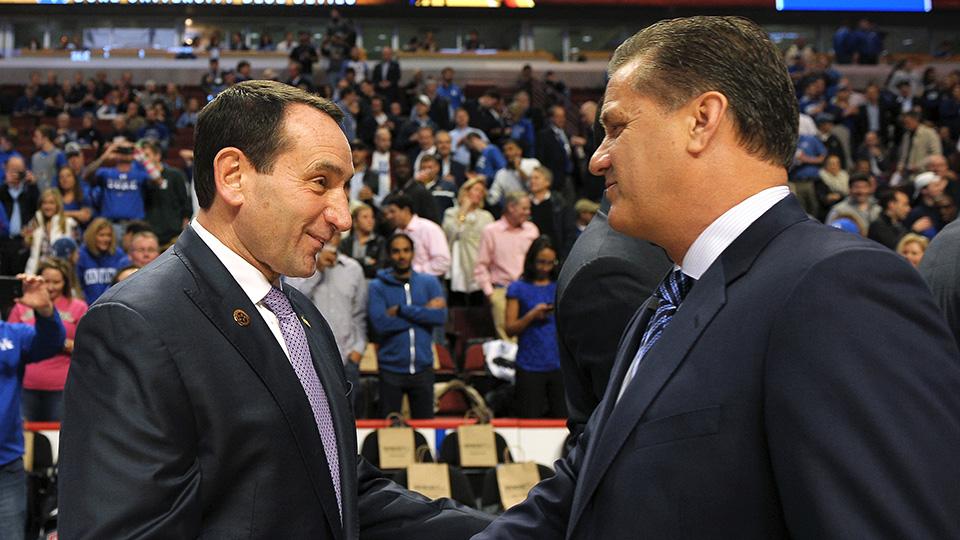 I think everyone has seen and understands the model that John Calipari is using at Kentucky and it’s hard to argue it hasn’t been successful as long as you define what success means.

People that continue to lump the two programs recruiting philosophies together are mistaken if you ask me. It’s not to say that either is wrong or that either is better but they are not the same.  What I see is that Kentucky is looking to stack a roster, as much as possible, with players that are generally interested in a short college respite. This has to happen in order to make sure that the next crop of top-tier talent has a place to land – if the team or players under-perform there well could be a logjam but for the most part these kids have made up their minds before committing that they will stay in college a year and enter the draft. This is perfectly valid and as far as the Kentucky model goes, it works for them. Duke, however, is a bit different in their approach. Yes, Coach K does chase top tier talent but if you look at his most successful teams even the ones heavily dependent on freshmen, there has been elder leadership. There is definitely a goal in mind to bring in players that embrace not only playing for an elite team but also who want to grow, learn and stay a while (program guys).

Duke has done a decent job of mixing and matching young talent with players that can provide leadership. Without players like Quinn Cook, Amile Jefferson or Marshall Plumee Duke would have no element of culture, no oral history so-to-speak. A big draw, in my opinion, to Duke for a recruit is that culture and history – not solely the history of “getting guys to the league”, in all honesty, guys get themselves to the league for the most part. I say culture and history because without players that are multi-year guys, players that fill the halls with trophies, pictures moments and who have learned from the players who came before them who have been through wars on the court and have been shown and are willing to show how things are done off the court as well as on – it’s just an empty place. Some have said that Cameron has ghosts but what it has is an ambience, a history that recruits recognize it. They feel it.

If this is coming off as me saying Rupp doesn’t have history or that same “ghost” it’s certainly not intentional, I just think that the more players are shuffled in and out, it can get lost. You need flag bearers. I think the further kids are removed from that the less they are invested in the culture of a school and a program. Having coaches is great but the camaraderie that happens between a senior or junior and a freshman or sophomore is something that fosters trust and makes a coaches job easier.

So, again, this is just my own opinion – lumping Duke and Kentucky in the same box in terms of philosophy is incorrect but an understandable mistake.