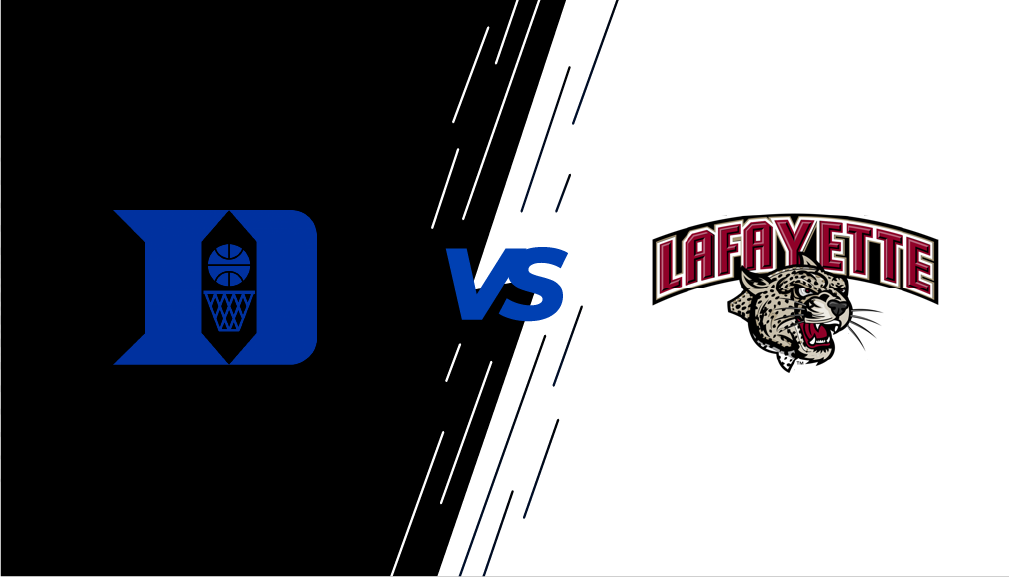 By Brian HoraceNovember 19, 2021No Comments 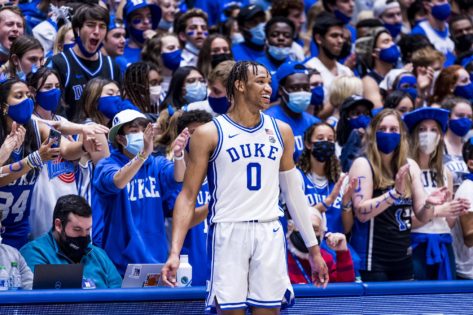 Once again the Blue Devils began a game with a verve and excitement that Duke fans have come to expect – jumping out to a 21-5 lead against the 0-3 Lafayette Leopards. The game looked essentially over, but someone forgot to tell the Leopards who put on a 22-16 run to end the half. Duke broke down defensively for several possessions but moreover the Blue Devils settled for 3 point shots and played the majority of the second half in what seemed like a funk. Playing their 4th game in 7 days could have been a factor but the Blue Devils seemed content for one and done on the offensive end. 33.3% shooting isn’t going to beat most teams and with just an 8 point lead at the half Duke had to make changes.

The second half didn’t begin as Coach K and company had hoped with a Leo Boyle jumper and a turnover by Jeremy Roach. After trimming the lead to 6 points Duke stepped up. A 3 point shot from freshman Paolo Banchero began a 22 to 8 Duke run that pushed the lead to 20 and the Blue Devils were of to the races. Eventually dispatching of the Leopards 88-55.

The run that put the Leopards away may have began with a Banchero 3 but Duke was paced by their captain Wendell Moore Jr. Moore was an efficient 9-14 from the field for 23 points but in true Swiss Army style Moore filled the stat sheet adding 6 rebounds, 4 assists and 2 steals. More importantly Moore was a catalyst – when Duke needed energy Moore Jr was the triggerman. Sophomore Mark Williams was finally able to break through for his best game of the season so far, notching a double-double with 14 points and 15 rebounds. Williams was all over the place catching lobs, rim runs and scooping up loose balls. Williams was also a presence on the defensive end with 4 blocked shots and many altered. Freshman AJ Griffin to this point in the season had been getting spot minutes as he worked himself both toward comfortability on the court and into the rotation. Griffin exploded for 18 points in 21 minutes hitting a barrage of step-back 3 pointers (4-6) that barely grazed the nets. Griffin was 7-10 from the field overall and added 2 rebounds and 2 steals as he delighted the Cameron Crazies in attendance and in the twitterspere.

Coach K on AJ Griffin: “He’s getting in shape. It’s a big learning curve but he’s in better shape right now.” “He can shoot, he’s got one of the softest shots”

Double-digit efforts were also tallied by freshman Trevor Keels who scored 10 points and dished 4 assists and Paolo Banchero who had an off game going 4-123 but still scored 11 points and grabbed 6 rebounds and dished 3 assists.